Home » Lifestyle » Regional hotspots where house values are defying the downturn, for now Regional hotspots where house values are defying the downturn, for now

Home values in regional areas have soared over the past 12 months, as buyers continue to search for a more affordable home and to better their lifestyle.

But buyers are now moving even further from metro areas, with regional suburbs at least three hours from capital cities seeing the largest rise in dwelling values in May, some by as much as 55 per cent, CoreLogic’s latest Home Value Index showed. 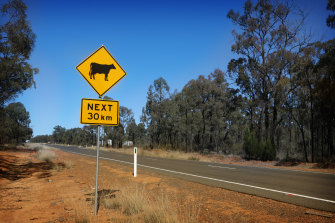 CoreLogic research director Tim Lawless said it could be a sign that affordability issues, which have already hit capital cities, were now hitting popular regional areas still within a commutable distance of Sydney or Melbourne.

Dwelling values rose by 0.5 per cent across regional Australia in May, compared to a national fall of 0.1 per cent – the first fall since September 2020 – thanks in part to falls in dwelling values in Sydney, Melbourne and Canberra.

Booming house prices in these capital cities have slowed in recent months, as more listings hit the market and interests rates begin to rise.

And while regional values are rising now, they are expected to follow the downturn which has already hit major capital cities, Lawless said.

“Values in regional areas are generally still rising, but not anywhere near as fast as they were six months ago,” he said.

“I think we will eventually see values come back down – we will see all of these [regional] markets moving into some sort of a downturn by the end of this year.”

Regional suburbs that saw the biggest rise in values over the year to May include The Rock and Gobbagombalin in the Riverina region of NSW – both close to Wagga Wagga – where dwelling values skyrocketed. 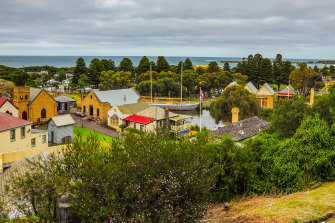 Values rose by more than 34 per cent in the Warrnambool and south-west region.Credit:iStock

Excluding Newcastle, values also rose by more than 45 per cent in some suburbs in the Hunter Valley region, including North Arm Cove, North Rothbury and Millfield.

Suburbs in the Warrnambool and south-west region of Victoria also saw values rise by more than 34 per cent.

While a regional property downturn is on the horizon, agents say buyers are still keen to get in, especially before interest rates rise again. 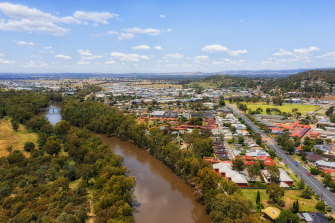 Buyers are still keen to get into areas like Wagga Wagga in regional NSW.Credit:iStock

Nutrien Harcourts Wagga Wagga selling agent Sally Douglas said while some people were still moving to the area from bigger cities, many were now returning to where they had grown up to raise their family or were looking for investment opportunities. With the Australian Defence Force, farming and other major industries in the area, it allowed people to work closer to home.

“Houses are still selling quickly. Things that are listed as a preview and never have a public price put on them are usually sold within two weeks,” Douglas said.

In Wangaratta, a few hours from Melbourne, the rush of buyers to the area had subsided, but there is still demand for decent houses.

“The urgency of buyers has maybe slowed a bit, but there’s still a strong number of people wanting to buy in Wangaratta and surrounds,” Garry Nash & Co. director Cameron Meggs said.

Large employers in the region like the Woolworths distribution centre, wineries and state government agencies made it attractive for people to be able to move and find a job.

The majority of buyers were owner-occupiers, though investors were also interested in getting into the market.

“We’re expecting the market to stay stable, or maybe even have a slight drop by the end of the year,” Meggs said.

Domain chief of research and economics, Dr Nicola Powell, said the shift to work from home, which had seen a greater number of people move to regional areas for a better lifestyle, had already filtered through the market.

“We’ve already seen these people make their life-changing moves, and it created demand that wouldn’t have been there if it wasn’t for the pandemic changing things,” Powell said.

Powell said the price falls which were happening in expensive capital cities would ripple out to the cheaper regional areas as the higher cost of living and interest rates rises took hold.

“Higher interest rates are going to have an impact wherever you are looking to buy,” Powell said.

Most Viewed in Property

Hacks Season 2 Finale Recap: [Spoiler] Gets Fired, as Deborah's Special Finally Gets Off the Ground — Grade It!

Matthew Morrison reads alleged text sent to ‘SYTYCD’ contestant: ‘I have nothing to hide’
Recent Posts