‘Real World’ star complained of stomach issues before he died

When the stars of “The Real World: Los Angeles” reunited to film Season 2 of Paramount+’s “Homecoming” reboot, there was an elephant waiting for them in the second-floor hallway of their Venice rental: the infamous “blanket incident” of 1993.

“We all still have trauma,” Beth Stolarczyk told Page Six in an exclusive joint interview with castmate Jon Brennan.

“We are all hurting in different ways [from the incident]. I almost felt like I was right back in 1993,” the 52-year-old added. “All those feelings and emotions just came back.”

Nearly three decades ago, the sophomore season of MTV’s pioneering docuseries saw David Edwards attempt to pull the covers off Tami Roman, who was wearing only lingerie as she lay in bed. Roman, now 51 — who clung to a sheet as not to expose herself — was eventually dragged to the floor where she was left shouting at Edwards, “Are you crazy?” 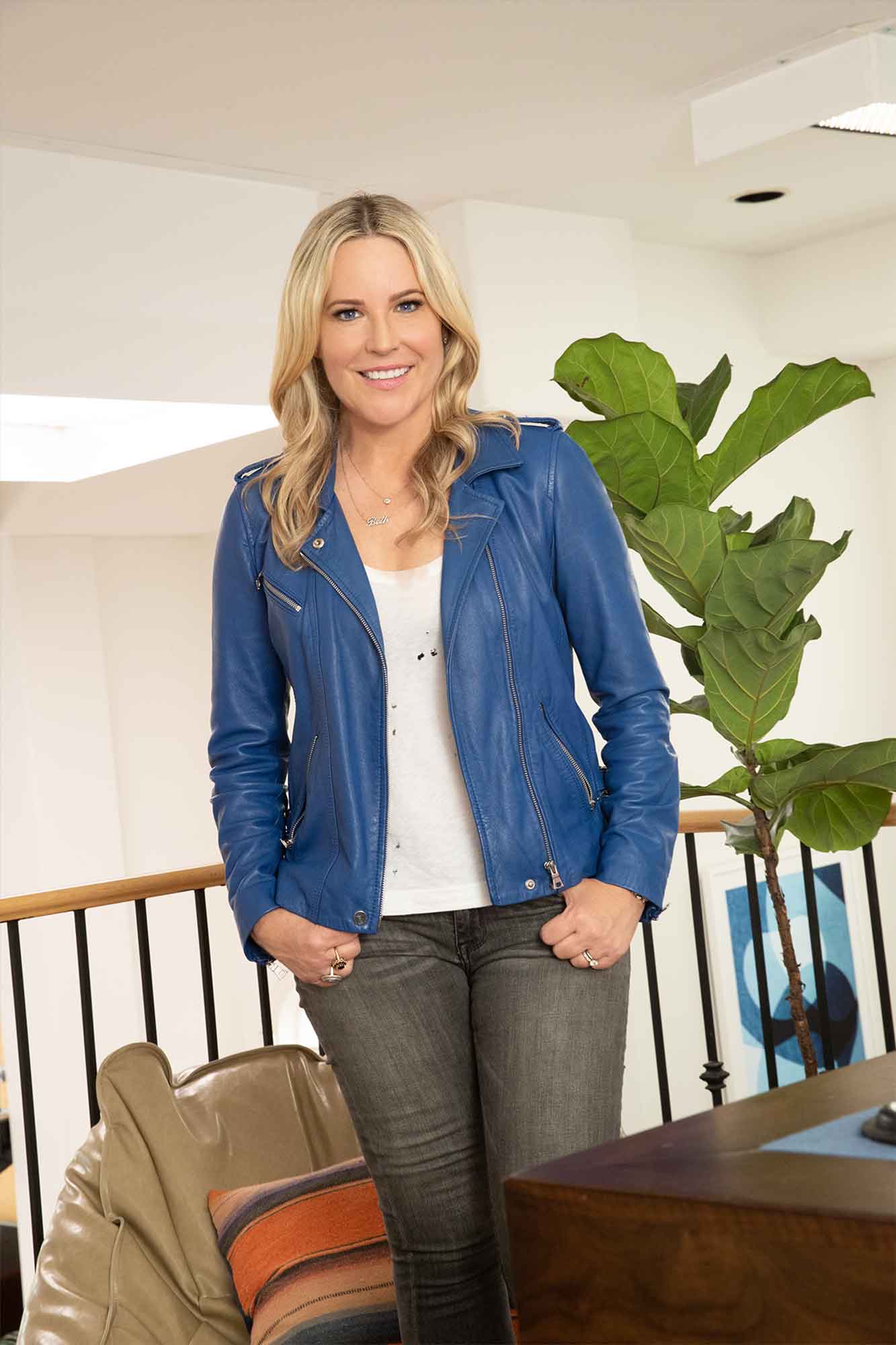 Brennan laughed from the sidelines, while Stolarczyk covered Roman’s body with her own as Edwards lugged the girls out of the room, still holding on to the bedding. Later, a belligerent Edwards exposed his genitals to the group and subsequently became the first person to ever be kicked off a reality show for his conduct.

“I think that was a huge part of why the girls said, ‘We don’t feel safe,’” recounted Brennan, now 47, who is currently close with Roman, now 51, and regrets his inaction in the situation. 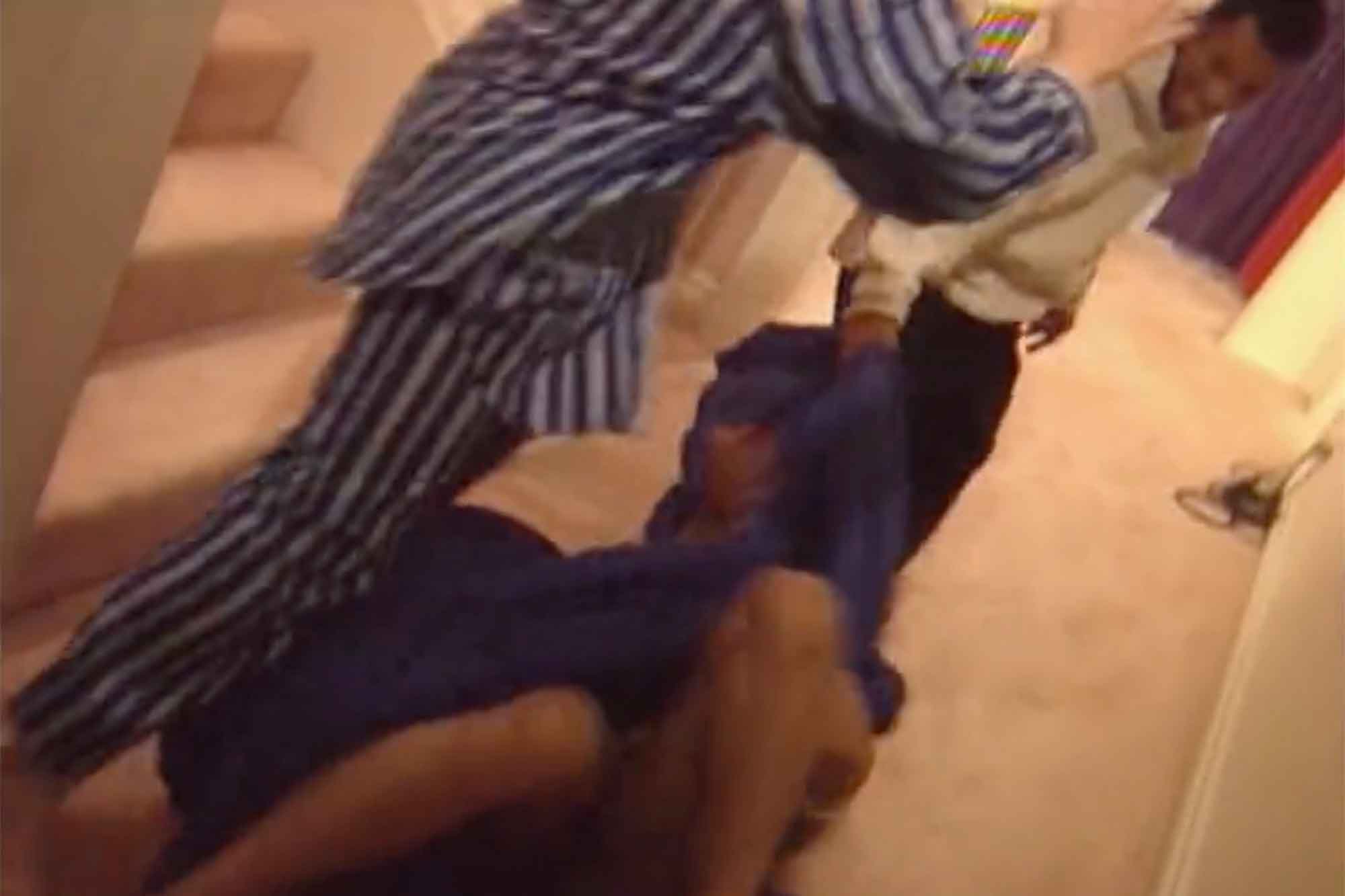 As the shocking display was discussed on “Homecoming” among the returning cast — also including Irene Berrera-Kearns, Beth Anthony and Glen Naessens — Roman and Edwards each made revelations that impeded immediate resolution.

Roman — an actress who later returned to reality TV on VH1’s “Basketball Wives” from 2011 to 2013 — explained that she was suffering from disordered eating and body dysmorphia at the time of the episode, prompting major mental anguish when faced with the thought of her naked frame being seen by viewers. 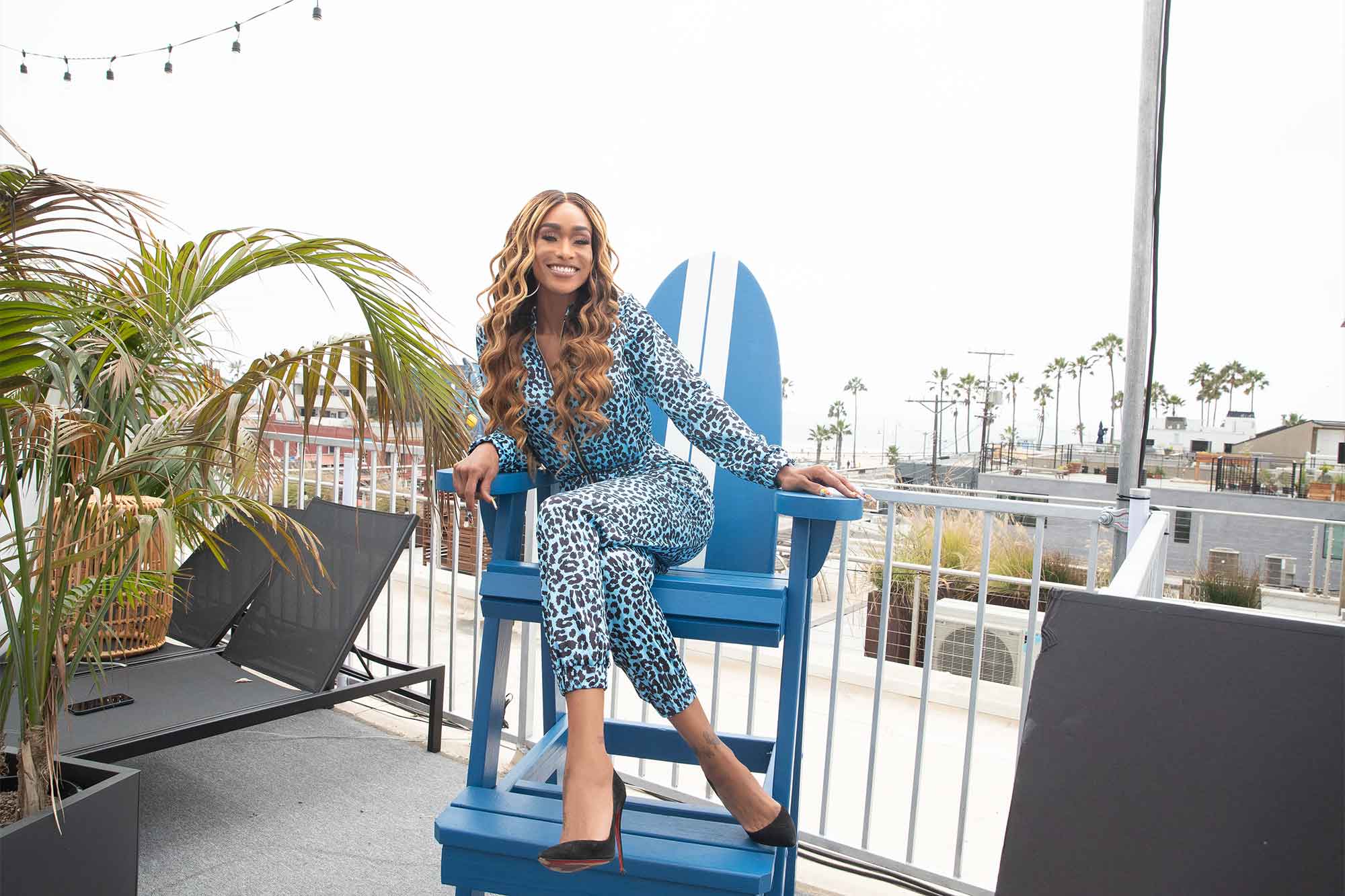 After making the vulnerable admission, though, an irate Roman boldly declared to her adult roommates that she felt as though her pain was breezed over.

“In 1993, I jumped on top of [Tami] to cover [her] up while everybody else just stood around and watched. I was helping her,” said Stolarczyk. “Obviously I care. So, for her to come at me and yell at me, I did not think was fair and I didn’t think that I deserved that at all.”

Brennan did his best to comfort Roman as she reeled on “Homecoming.”

“She looked at me, still crying, and says. ‘Nobody gives a [f–k] about me. Nobody cares about my feelings.’ I said, ‘Excuse me, I’m here … I care, I love you,’” he said of a conversation that didn’t air. “I wrapped my arms around her and hugged her.” 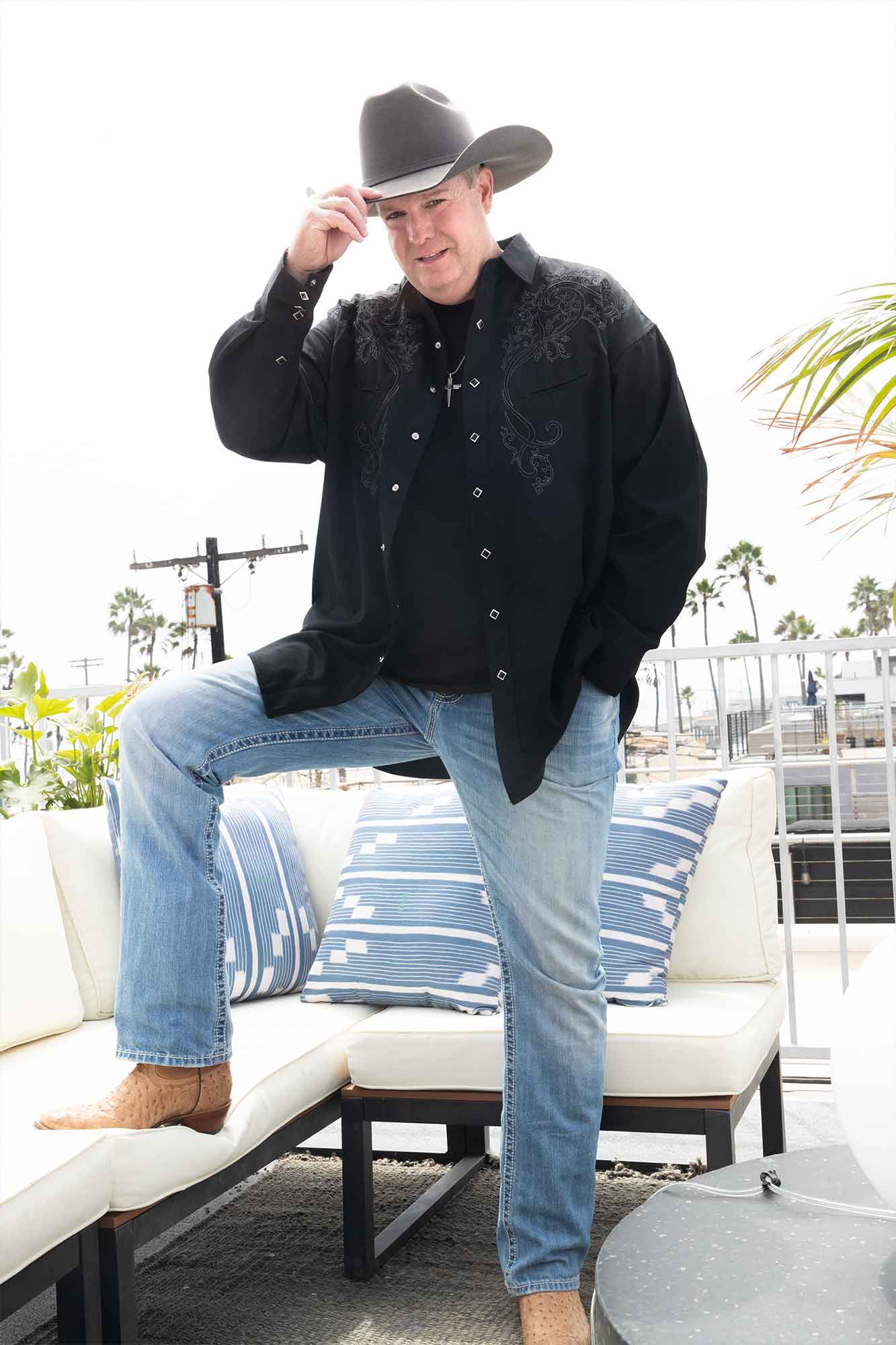 Meanwhile, Edwards — an aspiring 21-year-old comedian when he joined “The Real World” in the early ‘90s — said that his Hollywood career was negatively impacted by thoughtless comments made by Stolarczyk and Berrera-Kearns, now 54, who respectively used the words “rapist” and “rape” while addressing him in the heat of the moment.

“I used it as an analogy … I never said, ‘David, you are a rapist.’ If I could take it back today, would I? Sure. I would take it back,” she said, expressing remorse for using such a strong label.

Stolarczyk told us she was relieved to discover that Edwards, now 50 — who, in 1993, was equally known for his temper and sharp tongue as he was for his sense of humor — is a different man today.

“David is grown and he’s got a daughter now,” the Eyelusion Lashes Beverly Hills CEO asserted. “And he wouldn’t act the same way at all.” 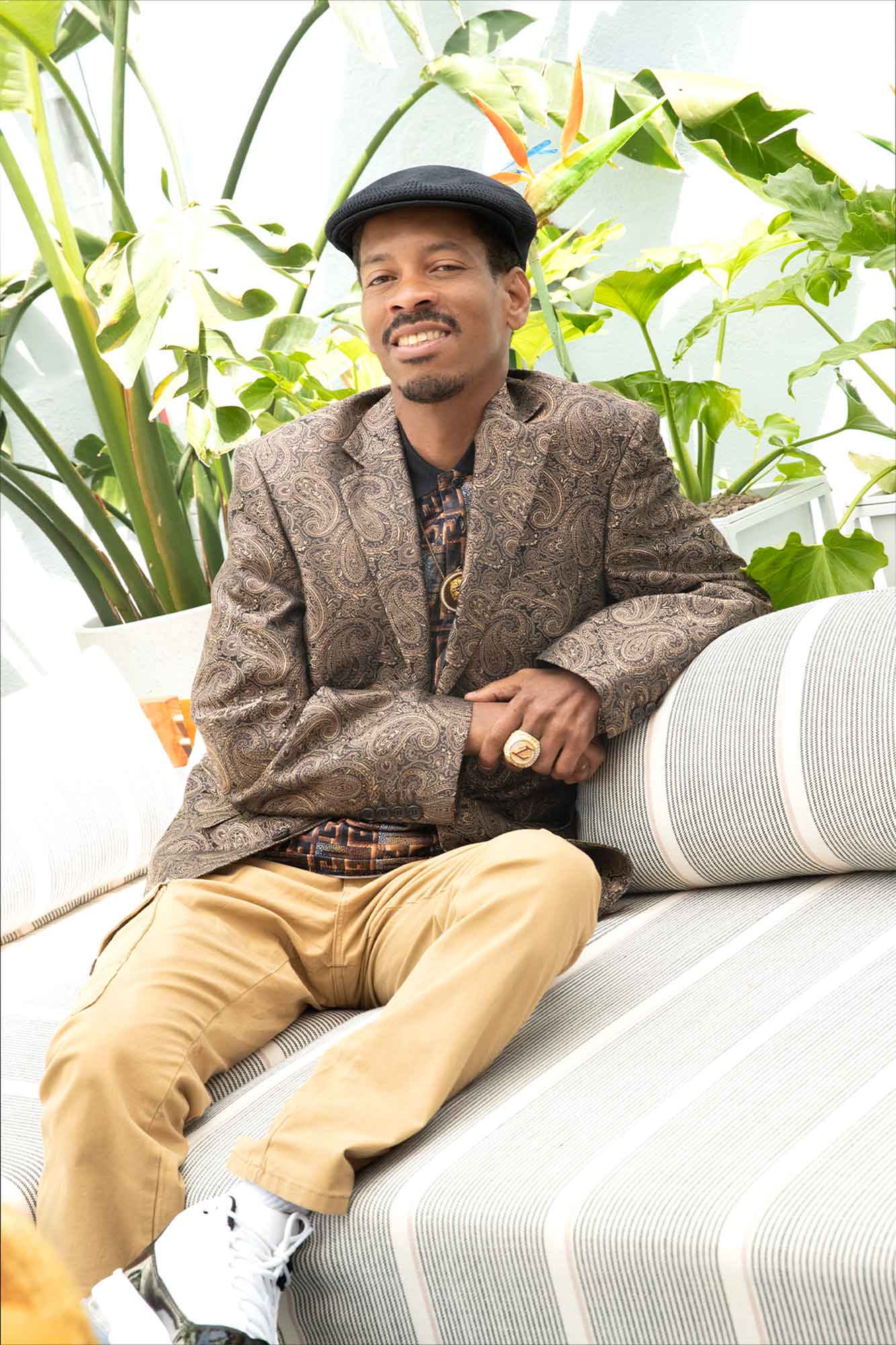 Though it was a tough task to take on, Brennan told us that the crew was “grateful” to have found even a semblance of peace after hours of passionately dissecting the issue from every angle.

“The beautiful thing about the ‘Homecoming’ was after … rehashing that horrible incident, there were hugs and forgiveness,” said the Texas-based youth pastor and country musician.

“What we went through was hard. Let’s just make sure that we all know we still love each other as human beings …  I feel like our relationships are stronger.”

“The Real World Homecoming: Los Angeles” is available to stream on Paramount+.

How 'Compartment No. 6' Rewrote the Ending After a Surprise Snowstorm