Cardi B, whose real name is Belcalis Marlenis Almánzar, was arraigned on a 12-count indictment, in which the two top charges are felony second-degree attempted assault.

“Not guilty sir, honor,” said the Bronx native as she leaned into the microphone in Queens Supreme Court Justice Joseph Zayas’ courtroom.

Cardi B. and alleged co-defendants, Tawana Jackson-Morel and Jeffrey Bush, were previously charged with misdemeanor assault for allegedly throwing glass bottles at two bartender sisters inside a College Point strip club on Aug. 15 and 28. 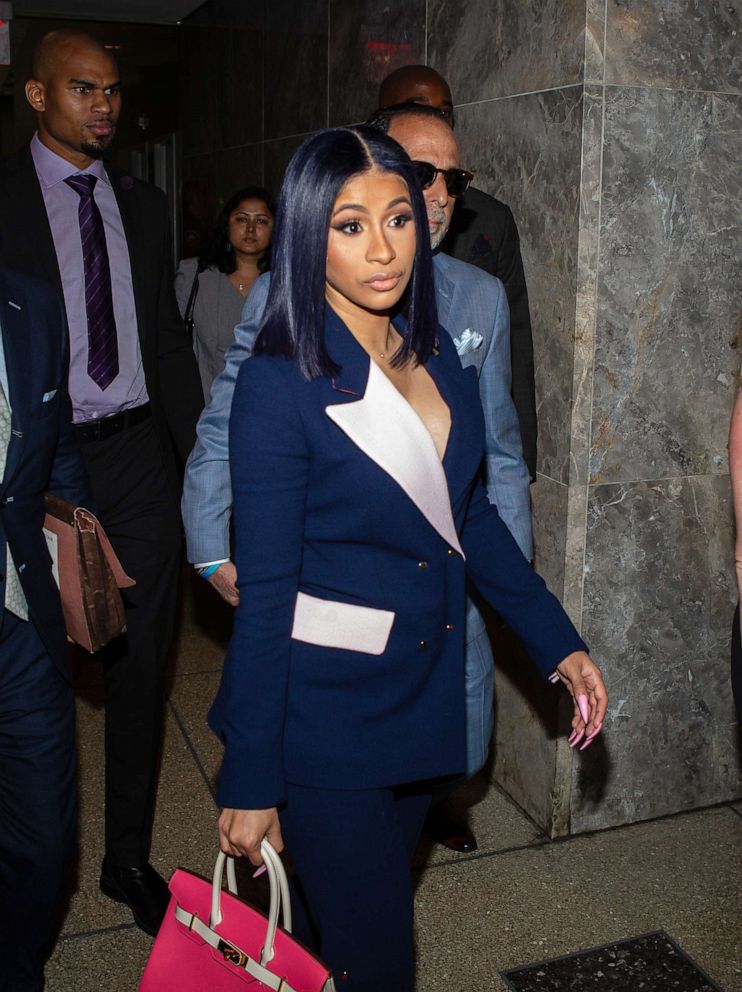 According to the original criminal complaint, the Grammy award winner allegedly ordered eight people, including Bush and Jackson-Morel, to separately assault Sarah and Rachel Wattley in the belief that they were having an affair with Cardi B’s husband, Off Set.

Cardi B allegedly planned the attacks with Jackson-Morel using “social media chats” and Bush was allegedly directed to record the attacks, according to the indictment that was unsealed on Tuesday.

Jackson-Morel allegedly admitted to police that she “smacked a drink” on one of the victims, according to a newly-released court document.

After the entertainer turned down a no jail plea deal earlier this year, Queens prosecutors put the case in front of a grand jury, which upgraded the top charges against Cardi B and the others to felonies.

Stacey Richman, an attorney for Jackson-Morel and Bush, entered not guilty pleas on their behalf.

The trio each face up to four years in prison for each attempted assault charge.