After an intense two months following King Charles’s accession to the throne, the Queen Consort has reportedly travelled to India to visit one of her favourite holistic health retreats.

Camilla, 75, arrived at SOUKYA, an international holistic health centre in Bangalore last Thursday and it is thought she will stay there until later this week, the Times of India reported.

This will be Camilla’s seventh visit to the health retreat on a 30-acre organic farm, which offers yoga and Ayuverdic, homeopathic and naturopathic treatments. The late Archbishop Demond Tutu is also believed to have visited three times and actress Emma Thompson is a fan.

The visit, which is happening in a private capacity, will see the Queen enjoy some special treatments with friends at the £735-a-night retreat. 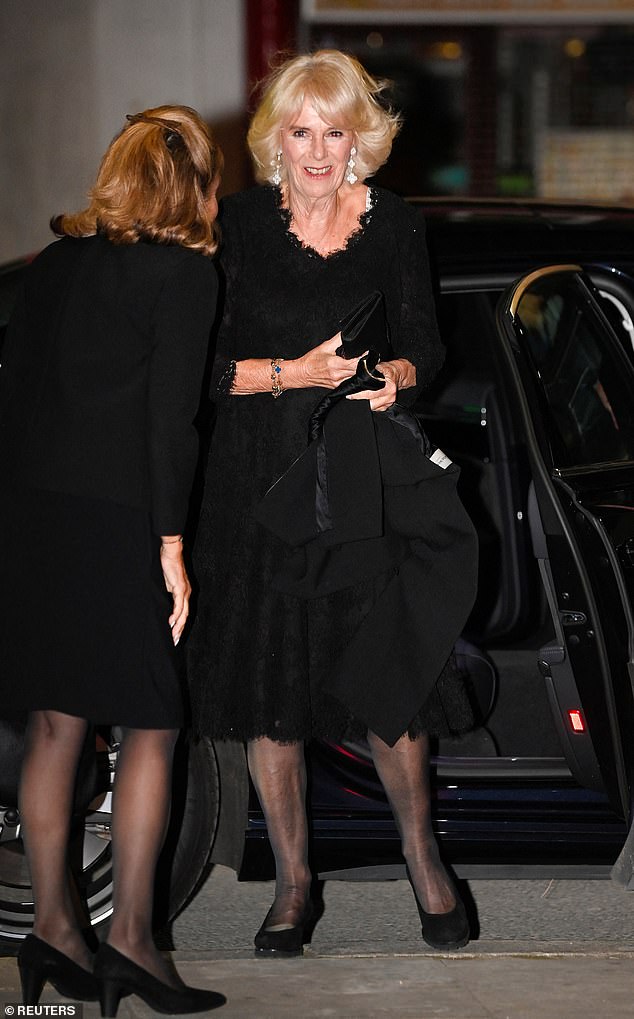 The Queen Consort, 75, pictured on October 17 in London, has reportedly travelled to India to visit one of her favourite holistic health retreats, the Times of India has claimed 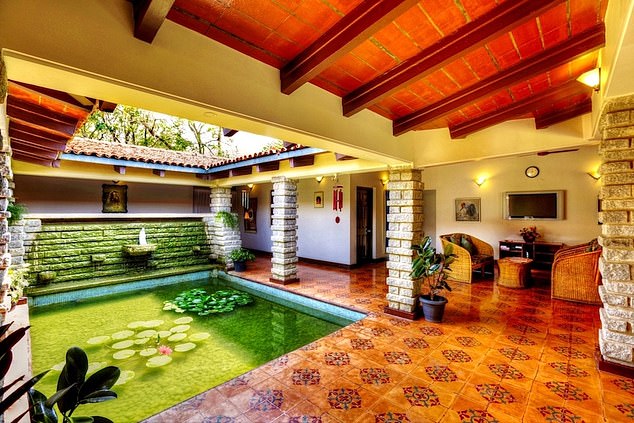 The Medical Consultation Building, where guests are tested before being recommended a wide range of treatments

The newspaper reported that 75-year-old Camilla was accompanied by a few friends and her security detail from Scotland Yard’s Royalty and Specialist Protection squad.

‘There were strict instructions not to publicise her trip as it’s a private visit. No public engagement programmes or interactions have been scheduled during her stay,’ a source said.

Wellness expert Dr Matai, who founded the retreat, has been the personal physician for the Queen Consort and the King for years.

No more details concerning Camilla’s trip have been released, however, the retreat’s website offers a glimpse at the treatments she might be looking to enjoy during her stay. 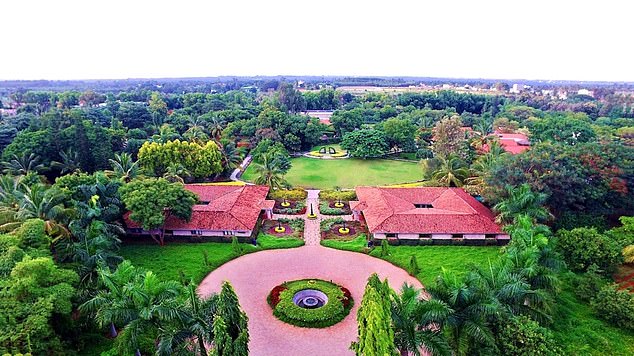 Camilla, 75, arrived at SOUKYA, an international holistic health centre in Bengaluru, pictured, last Thursday and it is thought she will stay there until later this week

Activities on offer at SOUKYA include bird watching, a medicinal garden, cooking demonstrations, musical programmes, tours of the garden, talks from the doctors and Trataka – a yogic purification and tantric method of meditation.

There’s also a chapel, a badminton court, indoor games including a snooker table, a library and a swimming pool.

The retreat will no doubt appeal to the prince’s dedication to sustainability, as all its farming is organic, they use solar power and wind energy and harvest rain water.

There is a variety of suites and rooms for guests to stay, ranging from deluxe to super deluxe special, which boast a spacious private garden with veranda, a pantry, king-size beds, an en-suite bathroom with a shower and bath tub and your own private outdoor shower. Prices start from £735/INR 42,900. 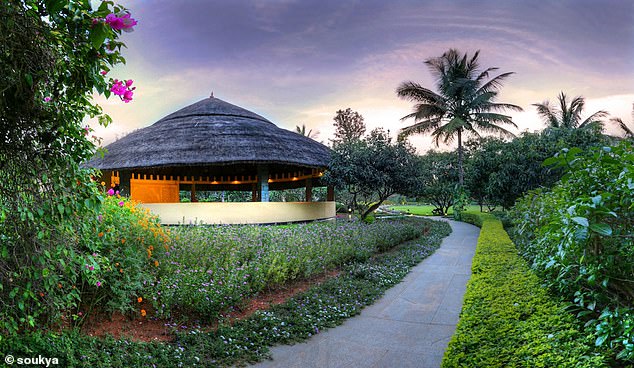 This will be Camilla’s seventh visit to the health retreat on a 30-acre organic farm, which offers yoga and ayuverdic, homeopathic and naturopathic treatments. Pictured: Shanthi – the circular Yoga Hall 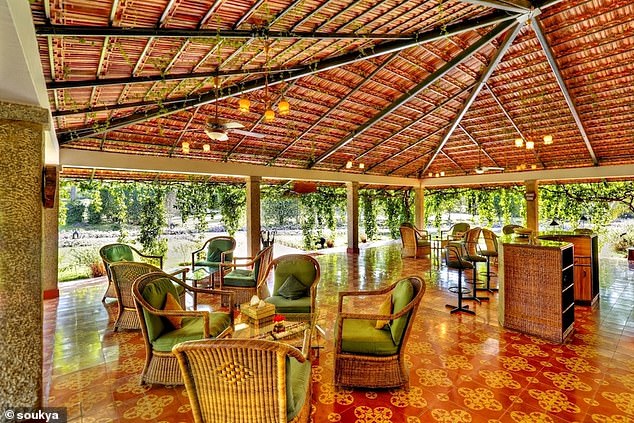 The spacious suites range from one to three bedrooms, with handmade four poster king size beds and views to your own private garden and lotus pond from the living and private dining space.

Food-wise, according to its website, SOUKYA serves ‘Sattvic food, which creates positive vibrations in the body and contributes to a pure and calm mind which is central to the concept of a healthy lifestyle in Indian philosophy’.

Soukya claims to be a ‘unique facility that helps restore the natural balance of your mind, body and spirit by combining modern medical advancements, ancient medical techniques and complementary therapies used worldwide.’

Previous guests include the Duchess of York, who described her stay as a ‘spiritual quest’.

The death of Queen Elizabeth II and King Charles’ accession to the throne was followed by an intense period bustling with engagements for the Queen Consort. 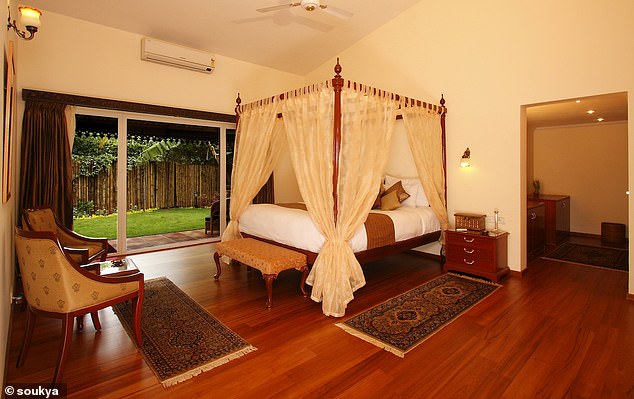 The spacious suites range from one to three bedrooms, with handmade four poster king size beds 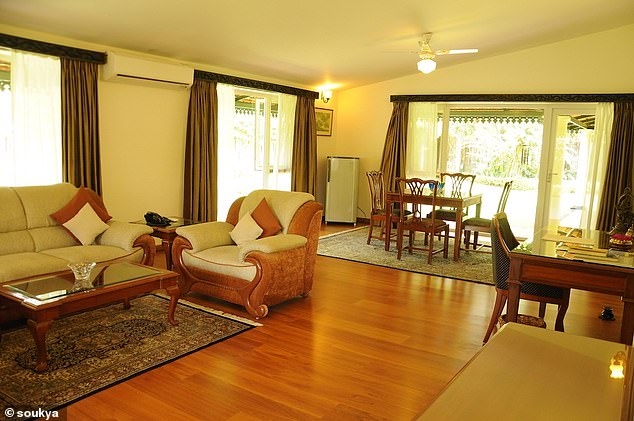 There is a variety of suites and rooms for guests to stay, ranging from deluxe to super deluxe special 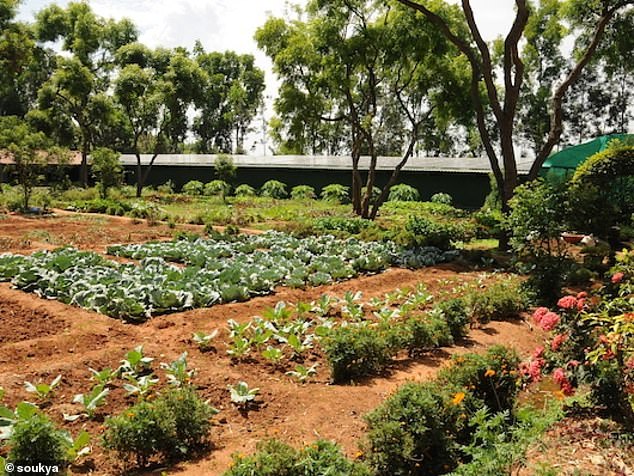 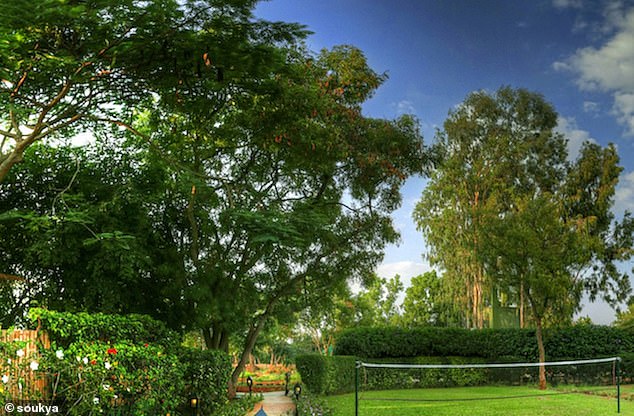 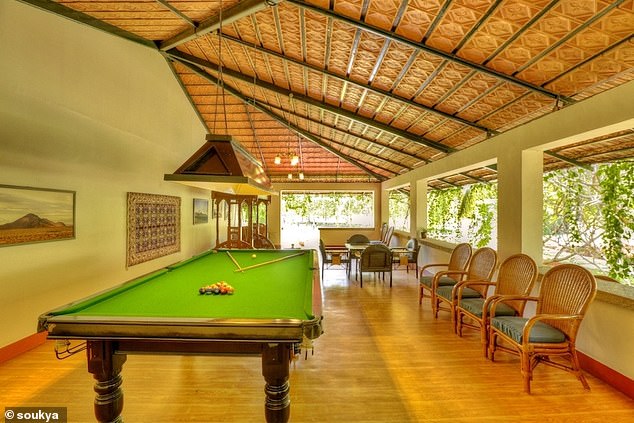 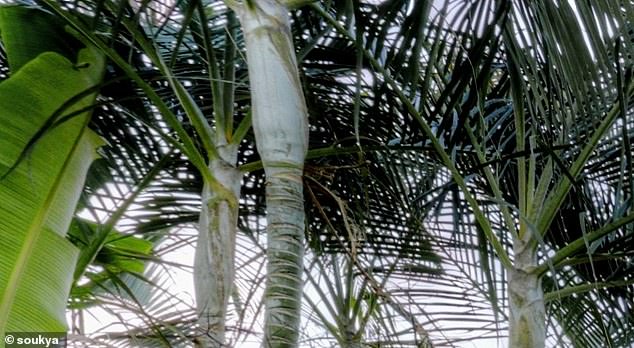 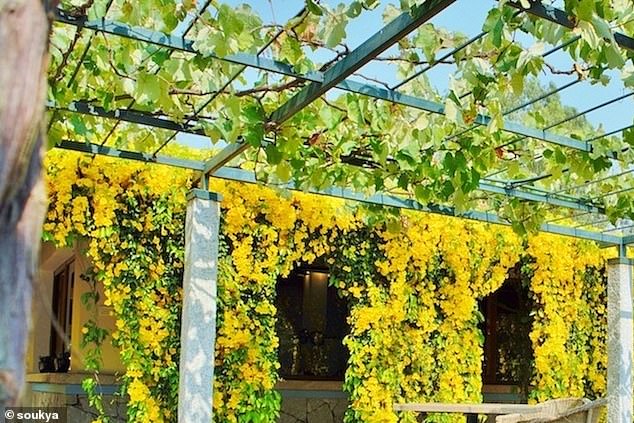 The pretty resort has many indoor and outdoor seating areas, so guests can enjoy the sunny weather and take shelter from the rain during the wet season 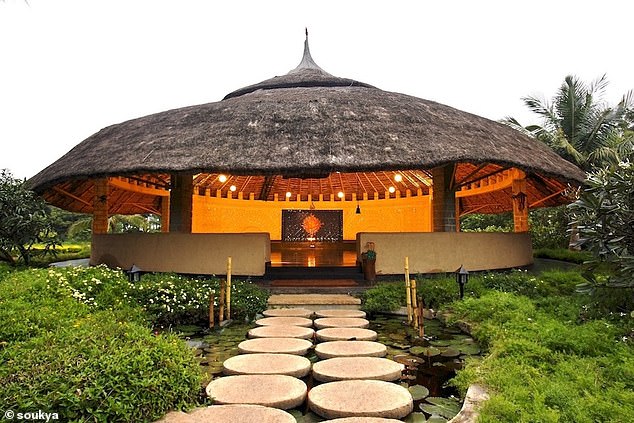 Oval granite stones leading up to the main entrance of Shanthi – the Yoga Hall. Guests who stay in the suites can enjoy common yoga every morning and evening, and are provided with mats

Camilla has appeared by the King’s side for at least 18 engagements since September 8, with many requiring travel across Britain and Ireland.

The Queen Consort’s last reported visit to the retreat centre took place in 2019, when she treated King Charles to a stay for his 71st birthday.

The couple had completed a tour of India and Pakistan at the time and made a stop at the retreat after a couple of days busy with engagements.

A source had said at the time: ‘The duchess has been determined to force the prince to have some down time on his birthday and insisted he join her at her retreat.’

It was suggested that Camilla’s insistence may have followed concerns about her husband’s feet, after he was seen with painfully swollen hands and feet while on a visit to a Sikh temple during the trip, where he had to remove his shoes and socks.

The centre offers treatments for more than 100 conditions and the couple reportedly celebrated the prince’s birthday there with a private dinner of South Indian cuisine.

Sources told the publication: ‘The royal couple would partake organic vegetarian food during their stay here and the food is mostly grown on campus.

‘Both of them are here for rejuvenation and are not taking any (specific) form of treatment,’ a source said at the time.’

What’s included in a suite package at SOUKYA