Priyanka Chopra on Her Whirlwind Wedding and Life With Nick Jonas A lot can happen in a year. Just ask Priyanka Chopra.

Less than 12 months ago, she was marrying Nick Jonas in her native India in one of the biggest weddings of the year, roughly just five months after the singer popped the question. While the couple’s milestone weekend instantly grabbed the world’s attention and spurred endless headlines, the bride and groom also eventually realized what an event it had become.

“We decided on the venue for our wedding in October and we got married on 1 December. We had one-and-a-half months to plan, so we were just like, ‘Yeah, yeah, yeah, let’s get it.’ And suddenly we were like, ‘Ohhh god,'” Chopra recalled to Elle UK. “It was very extravagant. Hopefully, you just do it once. So it’s fine.”

After exchanging vows, the actress not only gained a husband, but also two sisters. ‘I’ve never had a sister, so it’s really nice to have Danielle [Jonas] and Sophie [Turner], and just inheriting the family by proxy,” she told the magazine. “Sophie is super talented, super funny and we have the most fun when we go out together.”

As for married life, “It’s so different,” she said. “I’d never realized having a husband and a boyfriend are such different things. When you say your vows, it’s like, this person is my family, and it’s the family I chose. There’s a weird responsibility to them. And a safety that comes from it. We are learning about each other every day.” 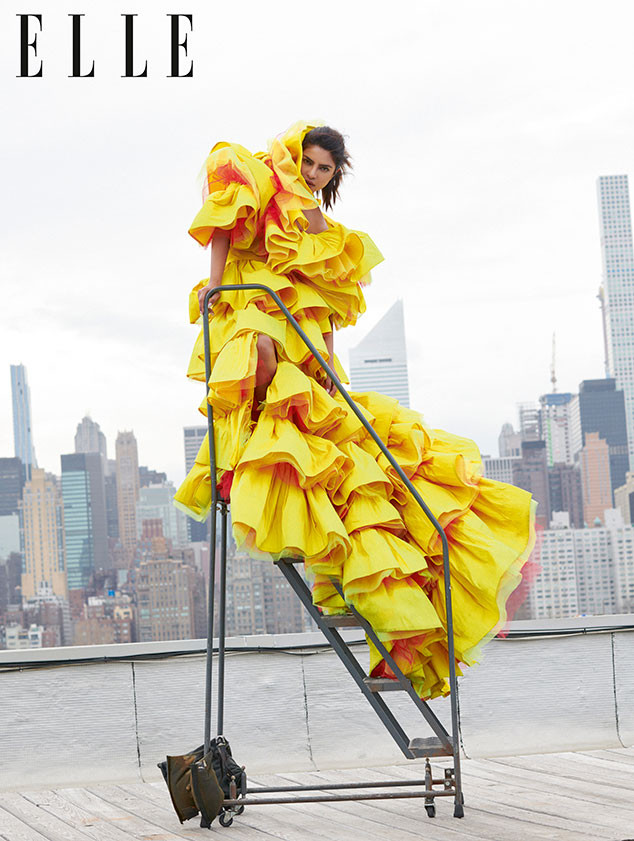 Learning and putting down more roots, so it seems. “Nick and I want to get a place in London at some point,” she told Elle UK. “Whenever I go there, I feel connected to the city.”

If the lovebirds do find a home in England, the star will be geographically closer to one of her most famous gal pals, Duchess of Sussex Meghan Markle, or as Priyanka calls her, “Megs.”

“She was always meant for big things. To be a change and be an important voice in doing that. It’s amazing that she found that calling and has the platform to be able to do it,” Chopra said the new royal mom.

“By the time this comes out, she will have a baby–it’s so amazing how lives change,” she said of the royal’s newborn son, Archie Mountbatten-Windsor. “I’m a big believer in taking charge of your life, but there’s got to be something bigger that puts us into the circumstances that we are put in. Destiny has a weird way of helping you to find your calling.”

As for the Bollywood superstar, she wants to see her roots on the big screen. “My life’s dream is to be able to make or produce a movie that has a predominately South Asian cast,” she told the magazine. “I’m so glad that I’ve been put into the position where I have the ability to open those doors. I want to do it because no one was able to do it for me.”

The August issue of ELLE UK is on sale July 4.