Princess Anne, 70, is close to her grown-up children Zara Tindall, 39, and Peter Phillips, 42, as they both live near their mother on the Gatcombe Park Estate. Peter has two daughters – Savannah, 10, and Isla, eight, as does Zara who is mum to Mia, six, and Lena, two, and is currently pregnant with her third child.

Given that Anne is neighbours with her children she is able to spend ample time with her granddaughters and often lends a hand with childcare.

Photos of Anne looking after Mia Tindall over the years show a tender and mischievous side to the hardworking royal.

Anne is a former Olympic equestrian and every summer hosts a British Eventing festival at her home Gatcombe Park.

As Zara is a professional equestrian she often competes at the event and often leaves her daughters in the care of her mother, Anne. 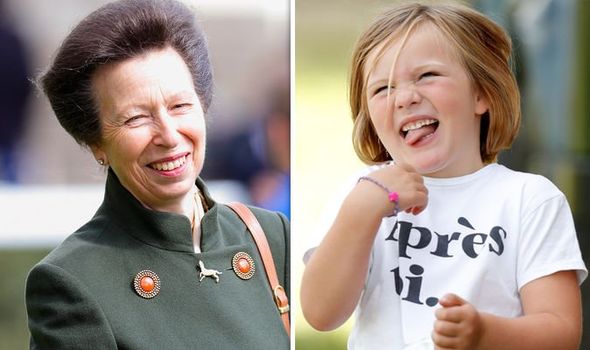 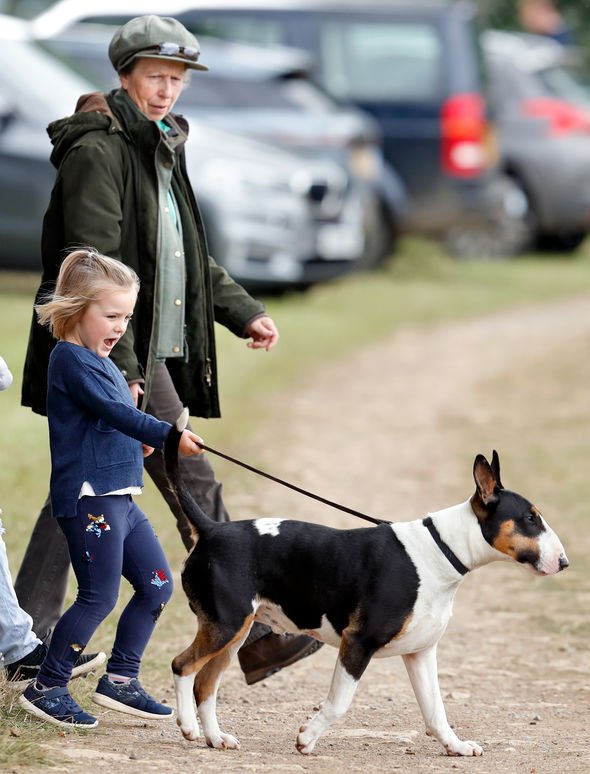 Photos of Anne with her granddaughters show her appearing to thrive in their company as she becomes one of the pack.

From darting around the grounds in her four by four with Mia in the back to holding hands, carrying her in her arms and letting her walk her English bull terrier- these five pictures show Anne embracing her grandmother role.

A picture of Anne and Mia taken at Gatcombe Park in 2018, shows the Princess Royal letting Mia take charge.

Anne watches on as little Mia clutches the lead of her grandmother’s English Bull Terrier who appears to be pulling her along.

Rather, than removing the lead from Mia, Anne seems to let her granddaughter enjoy the moment. 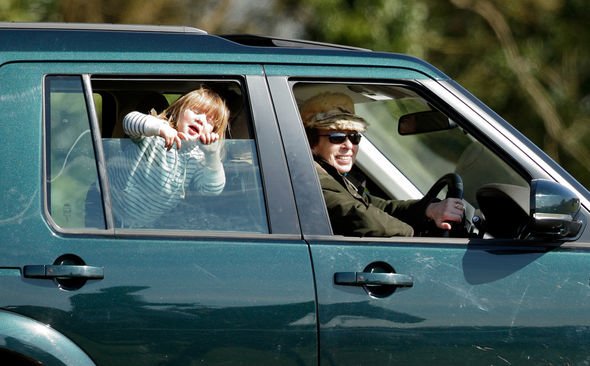 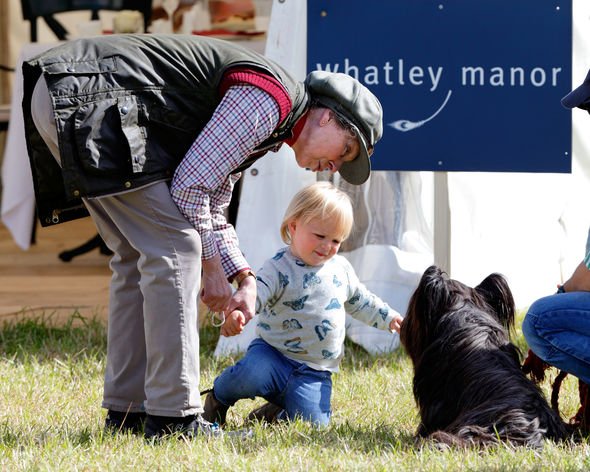 Anne and Mia were captured as a cheeky double act as they both sat in Anne’s four by four car at Gatcombe Park in 2017.

As Anne sits grinning at the wheel, a cheeky Mia pokes her head out of the window in the back.

Mia’s smile seems suggests she is having great fun in Anne’s company.

In 2015, Anne was photographed playing with a young Mia at Gatcombe Park.

In the picture, Mia, who was a toddler at the time is sitting on the grass reaching out towards a dog.

Anne seems to encourage her granddaughter to reach out to the furry friend and is bent down next to her overseeing the interaction.

In 2015, a photo of Anne shows her carrying Mia closely in her arms.

The grandmother appears to show empathy with Mia whose mouth is wide open in the photo suggesting she was either speaking or upset.

Anne seems to mirror her granddaughter’s expression in the picture, looking straight at her in an empathetic manner. 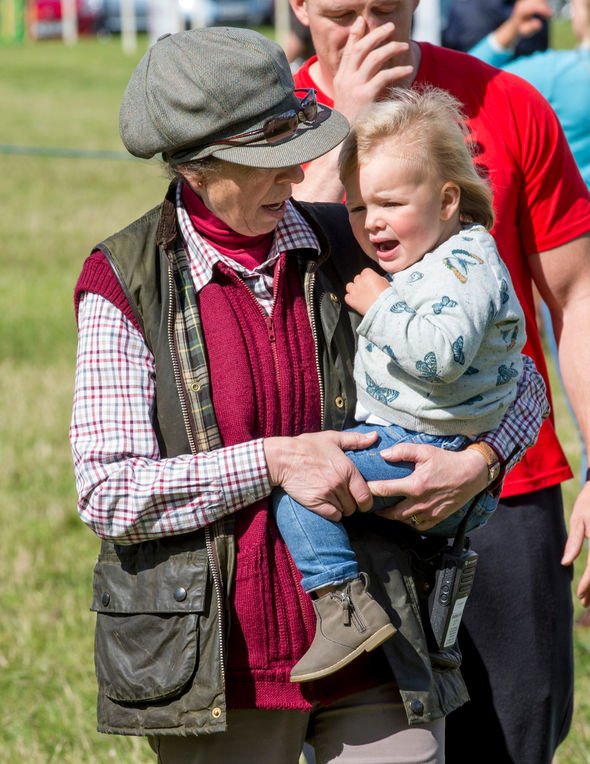 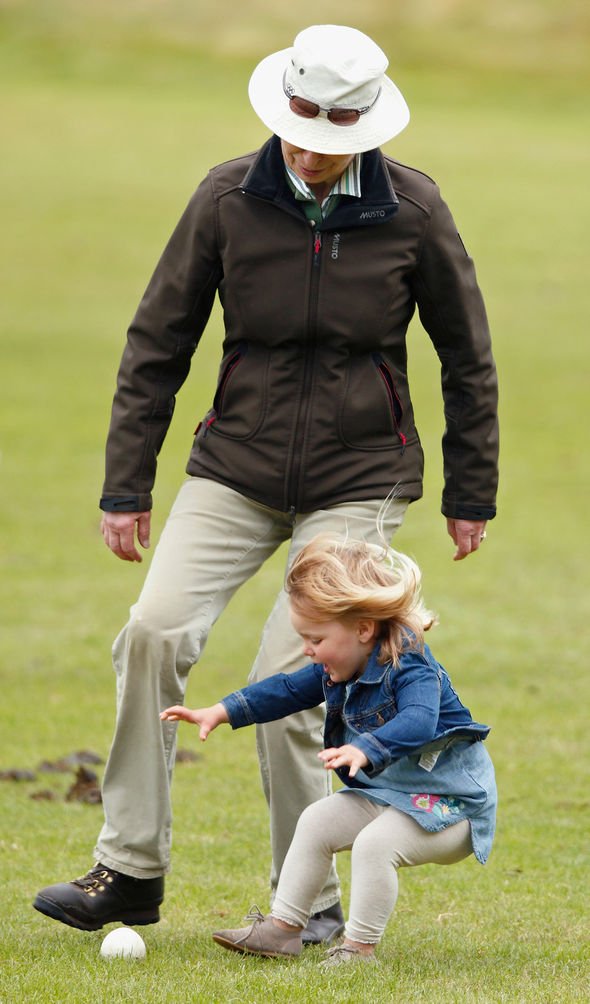 A photo of Anne and Mia from 2016, shows the Princess Royal getting stuck into a game as she kicks a ball around for Mia to chase.

Anne seems equally focussed on the game as Mia who tries to grab the white ball as Anne keeps it underfoot.

According to Judi, Anne’s playful attitude suggest she will be looking forward to welcoming a new grandchild later this year.

The expert added: “Pointing at, gurning to or running alongside Mia and Lena, Anne looks more like one of the pack in most of these shots and with a new baby on the way she will have an even bigger gang of playmates to spend time with.”

Judi said: “The children look totally relaxed walking hand-in-hand with their grandmother and although Anne does seem to keep one doting eye on them as they walk it’s clear from the way the children continue to play and run that they feel under no pressure to be on their best behaviour when their royal granny is around.”