Pictures of an own having an antibacterial shampoo goes viral

None of us like to get caught in the rain, and an adorable owl has summed up the emotion of an unwanted drenching in hilarious viral snaps of him having a bath.

The morepork owl, also called Ruru, was pictured at the Central Energy Trust Wildbase Recovery in Palmerston North during an antibacterial shampoo and blow dry.

In the snaps, which have sent Twitter into hysterics, the owl is seen looking unimpressed with his feathers stuck to his body, before being restored to full glory after a blow dry.

People found the difference between the two pictures hilarious, with some saying they’d never seen a wet owl before. 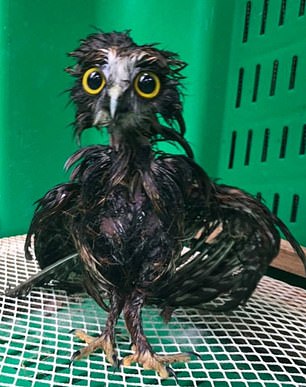 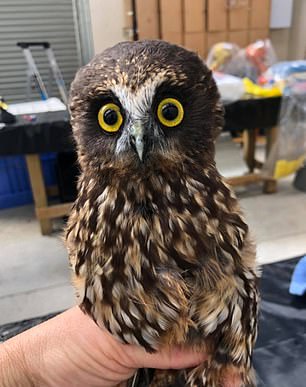 A owl receiving an antibacterial shampoo at the the Central Energy Trust Wildbase Recovery in New Zeland has gone viral due to his hilarious before, left and after, right, photos

‘Your Twitter feed needs these photos of a ruru (morepork) getting an antibacterial shampoo & blowdry at Wildbase Recovery Centre. This is why you don’t see owls fly in the rain,’ Dr Natalie Anderson wrote when she shared the message.

The first picture showed the bird looking scandalised during his shampoo, with Twitter users delighted by his animated expression.

In the second picture, the feathers on his heads were dry and fluffy, just like after a professional blow-dry.

People were shocked to find that unlike other birds, owls are not waterproof and will struggle to fly under the rain.

Dr Natalie Anderson shared the picture explaining that birds didn’t fly in the rain, because they’d all look like the Ruru

In 2016, Leigh Salvez, who wrote The Hidden lives of Owls, said: ‘They have given up the oil found in many feathers, which protects other birds form rain, for soft, silent feathers more valuable for stealthy hunting.’]

People swooned over the adorable Ruru’s pictures, which have been liked more than 57,000 times.

‘The facial expression on the left really looks like being aghast that someone would take a picture of it while looking like that. While on the right, it’s just ready to share some wisdom with his friend Harry Potter,’ one joked.

‘Poor little guy. He’s obviously terrified that his little owl buddies will see that picture on the left one day and he’ll never live it down,’ another said. 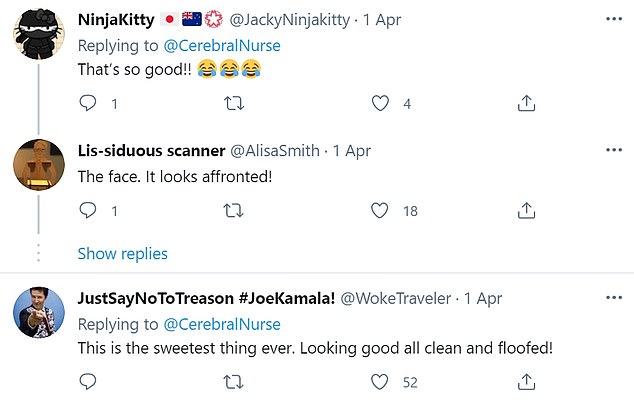 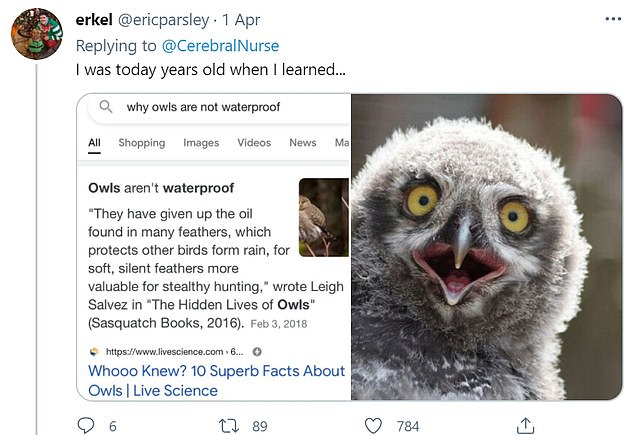 People loved the pictures, and some were surprised to learn that owls are not waterproof and struggle to fly in the rain

‘He just can’t believe that the shampoo gave him such smooth and bouncy feathers,’ one wrote.

‘That’s so good,’ one person said, impressed with the before and after.

‘The face. It looks affronted,’ one joked.

‘This is the sweetest thing ever. Looking good all clean and floofed,’ another said.

‘That poor owl… I just near wet myself laughing. Thank you for starting my Easter off in the best way,’ one wrote. 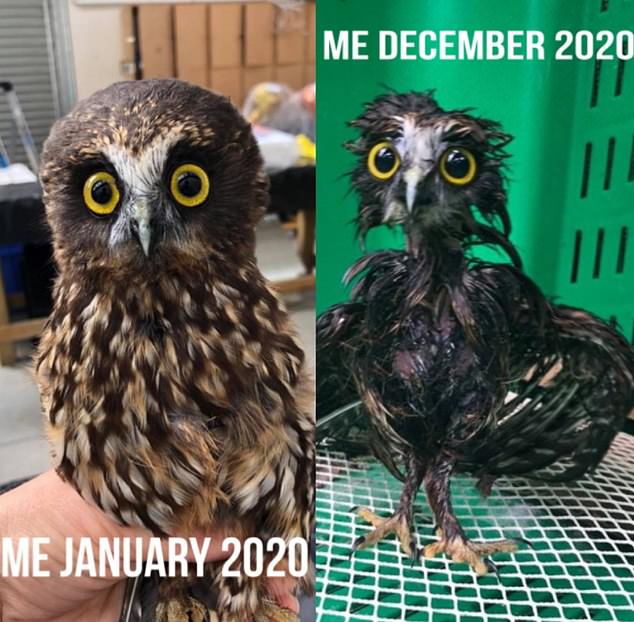 How Jill Biden Just Pranked Everyone On Air Force One

How much money have Angelina Jolie & Brad Pitt already spent on their divorce?
Recent Posts