Painting Cows To Look Like Zebras Has A Surprising Benefit

Scientists in Japan have discovered a clever way to reduce the need for using pesticides on livestock ― and the evidence supporting it is pretty black and white.

A study published in the journal PLoS One found that painting zebra-like stripes on cows significantly reduced attacks by biting flies, providing a means of defending livestock against flies without pesticides.

The study’s inspiration came from past experiments that suggested the striped coats of zebras ― and black and white surfaces in general ― attracted fewer flies than the solid black color of the Japanese bovines that were studied.

Flies are less likely to land on black and white surfaces due to the polarization of light, which impairs their perception, according to the study. Researchers found that the zebra-painted cattle were bitten nearly 50% less than solid-black animals. 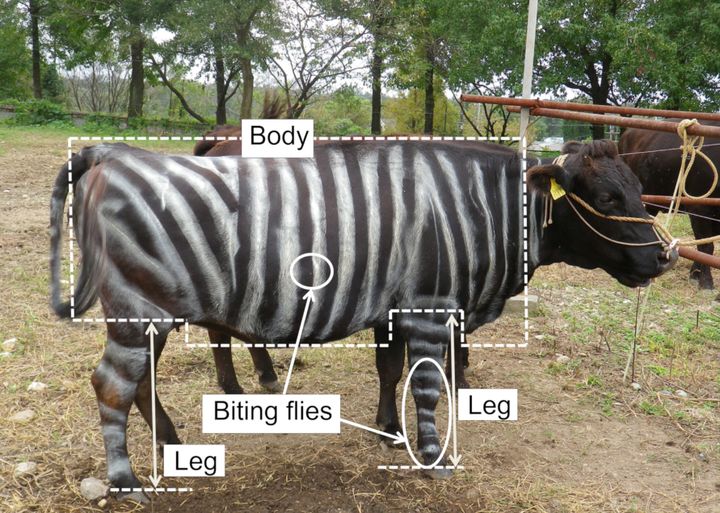 Fly bites are more than an annoyance. The insects interfere with cattle grazing and feeding, increase fly-repelling behaviors like foot stamping and head throwing, and cause cattle to bunch together, which increases heat stress and risk of injury, researchers said. Fly bites are estimated to cost the livestock industry billions every year.

“This work provides an alternative to the use of conventional pesticides for mitigating biting fly attacks on livestock that improves animal welfare and human health, in addition to helping resolve the problem of pesticide resistance in the environment,” the researchers wrote.