Twitter has been sent into meltdown after this optical illusion went viral.

In the clip, shared by Daniel Dutch, it shows cars and bikes driving on a road in an unknown location.

Then the vehicles turn left and disappear into what looks like a bridge over water.

The post quickly racked up over 200,000 views, along with thousands of retweets and comments from baffled followers.

However, others pointed out the video was a simple optical illusion and the footage was filmed from above at an angle. 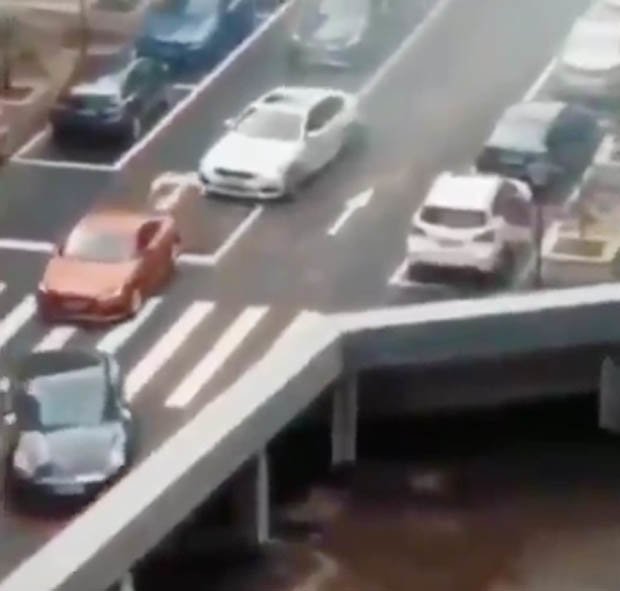 While a third questioned: “How is that possible?”

A fourth admitted: “Phew am reading the comments to find the answer.”

Another asked: “How’s that possible?”

And the internet was completely baffled at those who could not see what is happening.

Revealing the answer, one explained: “It’s the roof of a building, the dirt underneath the wall creates the illusion (along with perspective) that it’s an overpass.”

Another tweeted: “The video has been shot from the roof of a terrace.

“The water and dirt accumulation gives the appearance of a river & the terrace wall appears like a bridge.”