“So, what’s up?” asks David Dobrik from his home in Los Angeles over Zoom.

The 24-year-old has been making headlines these days for a number of reasons. For one, his app Dispo just received $4 million in seed funding via Reddit cofounder Alexis Ohanian’s Seven Seven Six venture. Dobrik is working to turn the endeavor into a social network platform. Dispo, short for disposable, will allow users to experience a digital version of the single-use camera tool.

“I used to go to these parties that my friends would throw, like these big Instagram girls,” shares Dobrik, explaining the idea. “That’s what they do for a living. And they have like 50 disposable cameras all throughout the house during the parties. And they’d urge everybody, they’d be like, ‘Take pictures. We’ll collect them in the morning.’ Then everyone would be blacked out, super drunk. And in the morning, they’d come by with a basket and collect all the cameras from everywhere. They were scattered, like, in the front lawn, the backyard, by the pool. And they’d pick them up and get them developed. And then they would send us all the pictures, and it’d be f–king chaos. It’d be like the ending of ‘The Hangover,’ like when they find the camera and they go through all the pictures. The ending scene is just all the pictures of the strippers and all the cocaine and all that. That’s how it would be, and I thought it was really fun.”

The Return of Elsa Peretti for Tiffany & Co

He pauses then adds, “Not the cocaine part. Or the strippers.”

He wants the app to be a similar experience. Consumers wouldn’t be able to access photos taken from a night until 9 a.m. the next morning, when everyone involved would receive an alert and access to the shots, he explains. A launch date has yet to be set.

It’s easy to see why Ohanian pursued the investment. Dobrik — with 23.2 million TikTok followers, 18.4 million YouTube subscribers and 14.3 million fans on Instagram — has influence over an entire generation.

“I feel like I’m my generation’s David Dobrik,” Fallon told him when the subject arose on a recent “Tonight Show” appearance.

“That was crazy,” Dobrik says. “That’s a big f–king compliment.”

He’s always wanted to enter the world of entertainment. “I loved late night. I wanted to be a late-night host. I still do.”

Dobrik first built an audience on Vine, the now-defunct app where users shared short, looping video clips. Growing up in the suburbs of Chicago (after relocating with his family from Slovakia at the age of six under President Obama’s DREAM Act), Dobrik says he saw the app as a way to get closer to that goal.

At 18 years old, he drove to California with friends, “split an apartment four ways” and worked on social media full time, he says. “From Vine, I started dabbling a little bit on YouTube.”

YouTube is where his following grew. His videos are silly, full of pranks, celebrity appearances and of Dobrik surprising his family and friends with over-the-top presents. He has a fondness for gifting cars, particularly Teslas.

“We drove a convertible into a car wash!” he titled a video from seven months ago with 18 million views. “Surprising people with Justin Bieber!” is another from nine months ago. It has 26 million views. 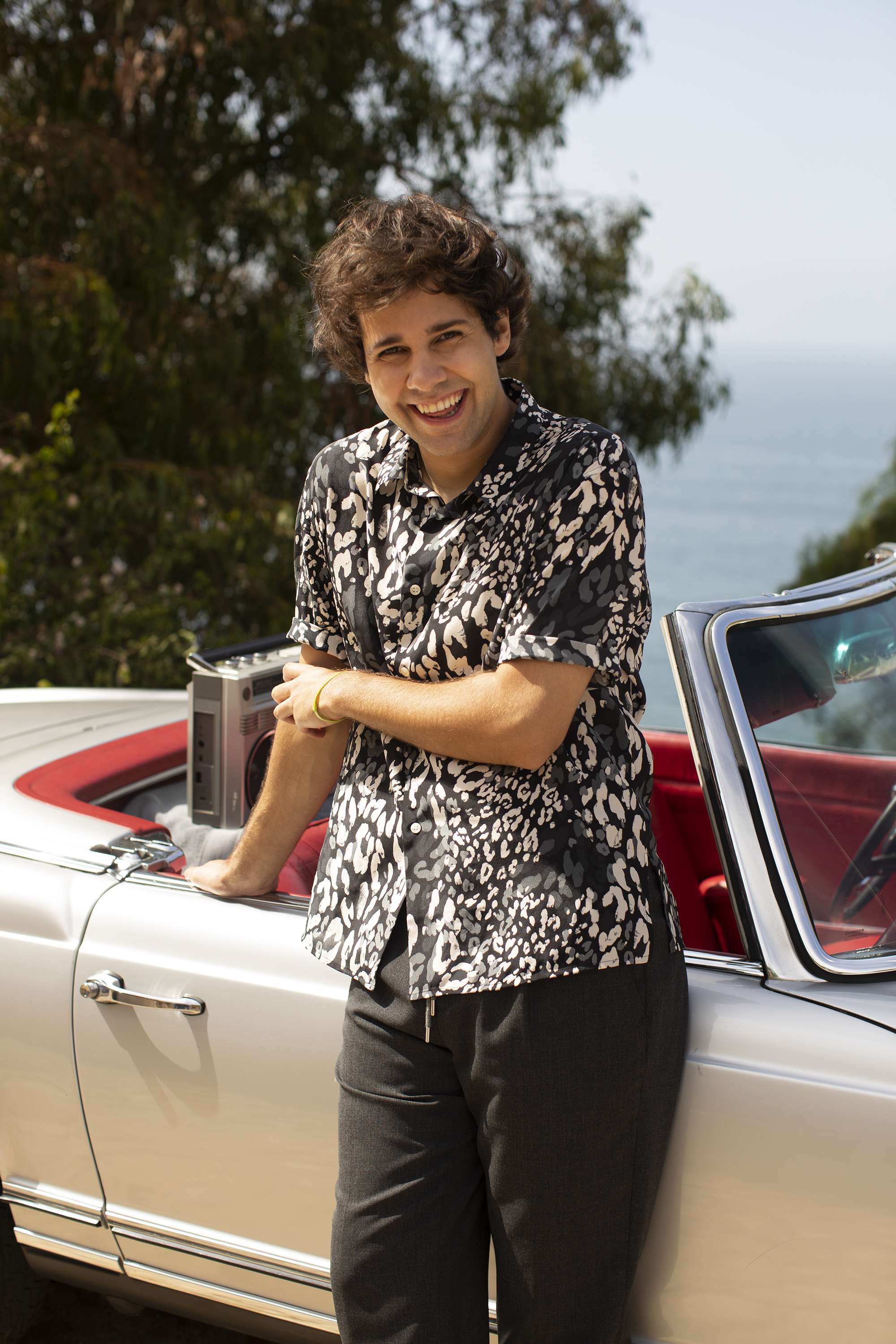 Another reason he’s made headlines is for racially insensitive content he’s made in past videos. This summer, clips of Dobrik perpetuating racial stereotypes resurfaced.

“I think for a while I was just kind of like, I’m the goofball, that’s what I am,” he said at the time in an apology. “But I think there’s parts of this where I need to be more serious, because I want to be a good role model for the people watching.”

He’s been on hiatus from vlogging — video blogging — since the pandemic, though he posts on TikTok, where he’s one of a handful of popular influencers receiving a salary from the Chinese video-sharing app as part of its $1 billion creator fund.

It’s good to be Dobrik these days. He reportedly bought a $9.5 million house, as he works toward that dream in late-night. He’s appeared on television as host of Nickelodeon’s “America’s Most Musical Family” and Discovery Channel’s “Dodgeball Thunderdome” competition. And the news that surrounds him has been positive of late, particularly since his latest major stunt led to reportedly one of the largest U.S. voter registration drives. As part of a giveaway contest arranged by Dobrik, in partnership with nonprofit HeadCount, more than 100,000 Americans registered to vote in less than 24 hours, and now more than 250,000 people total, hoping to be one of five to win a Tesla.

“This is unprecedented in the entire history of celebrity-led voter engagement campaigns,” notes the organization on its site. “It’s extra inspiring to know that David is a ‘Dreamer’ [DACA recipient] who can’t vote in the U.S but has used his platform to help others make their voice heard.”

“That was fun,” Dobrik says. “That was really exciting. I still want to figure out something else to do, but I can’t think of another idea.”

It’s practically his job at this point to think of ideas. And while he likely gets pitched all types of business endeavors, in a surprising move, he’s decided to enter the world of beauty, launching a fragrance line this month.

“It was something I smelled in passing once, and I was just so obsessed with it,” he says of the scent that initially influenced the brand — a fragrance by Escentric Molecules worn by a friend — which is a collaboration with Isaac Lekach of perfume company Flower Shop Perfumes Co. 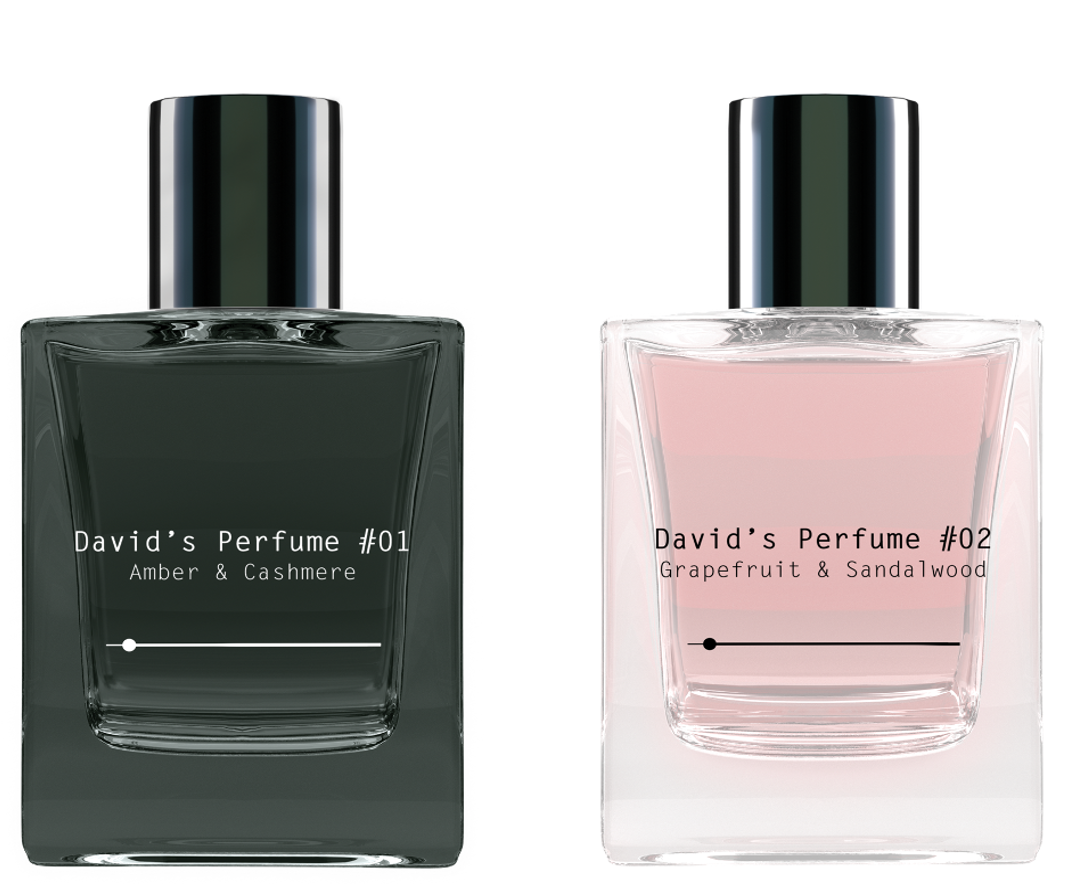 David’s Perfume is out now. Courtesy

Dobrik calls it David’s Perfume, and he’s released two scents, David’s Perfume #01 and David’s Perfume #02. This, along with the release of a stereotypical, dream-like fragrance commercial — featuring him and a model, Charlotte D’Alessi, frolicking on a beach in Malibu, in a convertible, on a boat and poolside at a mansion — made the launch initially seem like one of his pranks. Yet it isn’t, though even his audience was “surprised.”

“I was surprised that they were surprised,” Dobrik says. “They were like, ‘Perfume?’”

Available now on Davidsperfume.com for $60 each, number one has notes of spice and wood, while number two is fruited with grapefruit.

“I don’t know how to explain it,” Dobrik says, holding up a bottle of number one. “It doesn’t smell like Old Spice or Calvin Klein. It doesn’t do that, ‘Oh, I’m a guy, and I’m leaving the bathroom, and I just sprayed on some cologne.’”

He doesn’t think he’ll explore more categories in the industry. “I have a hard time getting my hair to look normal,” he jokes. “I don’t think I’ll be going into the beauty world at all. I do not know anything about it. I’d be a total fish out of water.”

He’s sticking to what he knows, content creating, as he tries to live in the moment, he says. He’s already doing what he loves, he adds, something he reminds himself as he looks to the future.

“I could make cool videos right now and people will watch them,” he continues. “It’s f–king crazy. And it pays my mortgage. That’s insane.”

Turn off these Netflix shows if your kids are around