One lesson I've learned from life: Fixating on the future ruins now

Sir Chris Hoy, 43, is the world’s most successful track cyclist, winning six Olympic golds and one silver for Great Britain. He’s married to Sarra with whom he has two children, Callum, five, and Chloe, two.

For my whole cycling career, life was about looking forward to the next challenge: you didn’t stop to pat yourself on the back, you started training again.

That outlook changed in 2014 when Callum was born 11 weeks premature.

Sarra’s pregnancy had been fine. She was fit and wasn’t even showing a bump when she suddenly became unwell. 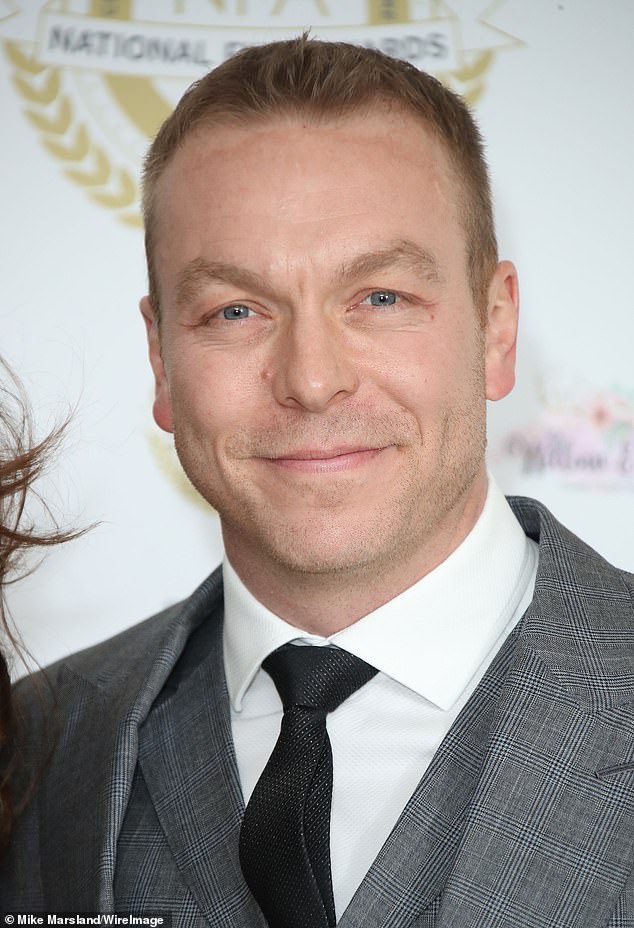 Sir Chris Hoy, 43, (pictured) who is an Olympic cyclist, revealed how the premature birth of his son taught him to slow down

The doctor sent her to hospital for what we thought was a precautionary measure. But she had pre-eclampsia [which causes the flow of blood through the placenta to be reduced], which developed into HELLP syndrome (haemolysis, elevated liver enzymes and low platelet count), which can be fatal for both baby and mother. So the doctors told us they were going to have to get Callum out.

When you see how frail a baby born weighing 2lb 2oz is — they’re skin and bone and not ready to be out in the real world — the overwhelming feeling is fear. All you can do is change their nappy and hold them skin-to-skin, but they’re so small and delicate. There are wires and tubes everywhere and you’re terrified you’re going to hurt them.

I was used to having some element of control in my old career, where you get the result you deserve. But with babies born prematurely, all you can do is love them and be there for them.

It made me realise you have to live in the present. I’d spent my whole life focusing on the future, but because we had no assurances from doctors that Callum was going to be OK, we had to take it hour by hour. I thought: ‘I have a son and I want to enjoy the half an hour a day I can hold him.’

Callum’s start in life changed both Sarra and me: she’s now an ambassador for neonatal charity Bliss and I’ve learned to slow down and enjoy what I have right now.

Callum is now a happy, healthy, normal boy and enjoying being a big brother to Chloe. Seeing him without a care in the world is so far away from the first few months of his life. We’re thankful.

Sir Chris supports Pampers Preemie campaign which aims to gives small nappies to every one of the 60,000 premature babies born in the UK each year (pampers.co.uk).

Get fit in 15 minutes: The best exercise to tone your cleavage