Olivia Wilde and Jason Sudeikis are proving once again that despite their split, they’re still on good terms.

“I want to thank my kids, Otis and Daisy, and I want to thank their mom, Olivia, who had the initial idea for this as a TV show,” the 45-year-old star said.

After making headlines with his tie-dyed Golden Globes hoodie, Sudeikis opted for a similar look on Sunday — this time a blue Crockett High School sweatshirt, nodding to the fictional school from Wilde’s directorial debut, “Booksmart.” 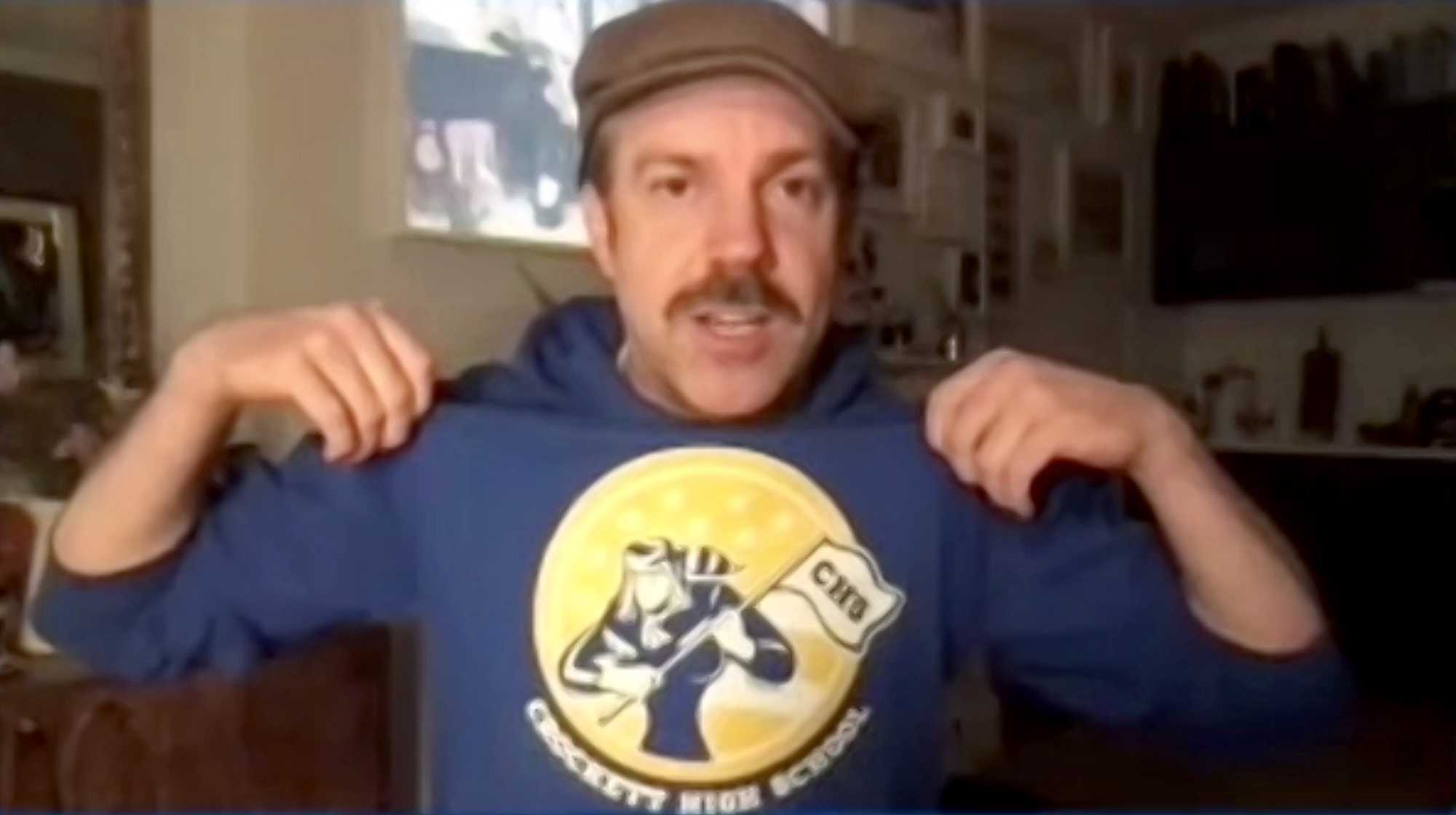 “Congrats to Jason and the entire Ted Lasso family on your @CriticsChoice wins! @jasonsudeikis @hanwaddingham @brendanhunting @joekellyjk47 @VDOOZER! So happy for you guys,” Wilde, 36, responded on Twitter, adding that her ex’s laid-back awards show attire has her stamp of approval.

“I hope this means we all keep wearing hoodies when the ceremonies are in person next year,” she joked.

The pair called off their engagement in late 2020 after seven years together; Wilde has since started dating Harry Styles, star of her forthcoming movie “Don’t Worry Darling,” while Sudeikis has been linked to British model Keeley Hazell.

Page Six exclusively reported that Sudeikis is “still heartbroken” over the split, but the two remain close and amicable co-parents. Wilde even recently flew to London, where the actor is currently filming the second season of “Ted Lasso,” to spend time with their children.

Despite the flack Sudeikis received for his casual garb at the Globes, it appears that there could be more sweatshirts on the red carpet in his future.