You know when it’s really over. When you love each other as much as Elton and Melbourne, you go through the motions a few times without actually splitting up. But this time, the misty eyes, the long ovation, the way he wrung those words of gratitude through clasped hands and trembling lips — “loyalty, love, devotion” — left no doubt. This was goodbye. 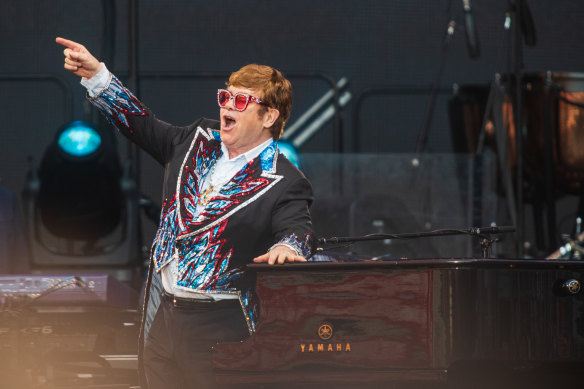 Elton John says goodbye to Melbourne in an emotional stop on his farewell tour.Credit:Rick Clifford

The question, after 51 shows going back to Kooyong ’71 (yep, he’s been counting) is not so much whether he’ll sing your favourite as how much he can possibly mean it. At 75, he’s not hand-standing off the keyboard anymore. He’s diving for a sensible harmony while we take the high notes of Tiny Dancer. Candle In the Wind is a hasty solo piano piece, sans epic arrangement. And did Funeral For A Friend/Love Lies Bleeding feel like it was dispatched at get-it-over-with tempo, or was that just the thrill of the occasion?

But man, you could almost believe he’d never played Rocket Man before in his life, the way it swelled and wailed into a symphony of unexplored harmonies and exhilarating instrumental codas. Of the two dozen songs, nearly all hits of course, this one felt like a kind of miracle, a fantastic revelation inside something you thought you knew backwards. That’s the gift of a timeless song, and a great band committed enough to find it.

Two members — drummer Nigel Olsson and guitarist-bandleader Davey Johnstone — started more than 50 years ago behind the guy in the diamante-and-sequinned tails and fuchsia harlequin tux (the paisley dressing gown he saved for the encore). The dancing hands and face of percussionist Ray Cooper, a highlight in the southern gothic drama of Have Mercy On The Criminal and the frantic climax of Levon, almost as long. 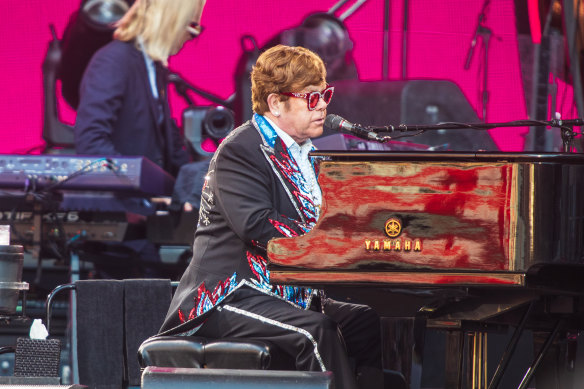 The veteran rockers’ enthusiasm may have buried the maestro in the mix a few times but that’s better than the boredom or deference you might expect on the 274th show (he was counting those too) of a seemingly endless farewell tour. Bennie and the Jets and Sad Songs (Say So Much) felt rejuvenated by a pronounced swing that nodded back to John’s love of New Orleans funk.

Other songs were reborn in context. John drew on heartfelt memories of fallen comrades — Aretha Franklin, Jeff Beck, Lisa Marie Presley — to bring new gravity to Border Song and Don’t Let The Sun Go Down On Me. A bizarre stage invasion by Molly Meldrum, who crawled over the footlights to drop his trousers during The Bitch Is Back, was weirdly poignant too, handled with admirable aplomb and affection by his old friend at the piano.

We sang the la-las to Crocodile Rock. We shouted “Saturday” like Sunday would never come. We had Your Song reassigned as Our song. And we all seemed to get something in our eye at exactly the same time as Goodbye Yellow Brick Road sent the real Elton John backwards through an explosion of yellow ticker tape into a cartoon eternity of hearts and flowers where dead set icons go to live forever.