Off the market! Following his 2016 relationship with Floriana Lima, Casey Affleck has a new love in his life, and he made his new romance Instagram official.

“@cayleecowan showed up,” the Oscar winner, 46, gushed about actress Caylee Cowan, 23, while sharing a Thursday, November 25, selfie of the pair giving blood during a local drive. “She is not on the Love’s active [baseball team] roster, but she is MY Love, and she ALWAYS shows up when it counts… However Caylee is usually unenthused about needles, blood, etc, and though she believably feigned nonchalance all the way to the donation location, once on the table with her sleeve rolled up, she was overheard quietly asking a staff member, ‘Is there a chance I might die?’

Affleck, for his part, seemed less nervous about his donation. 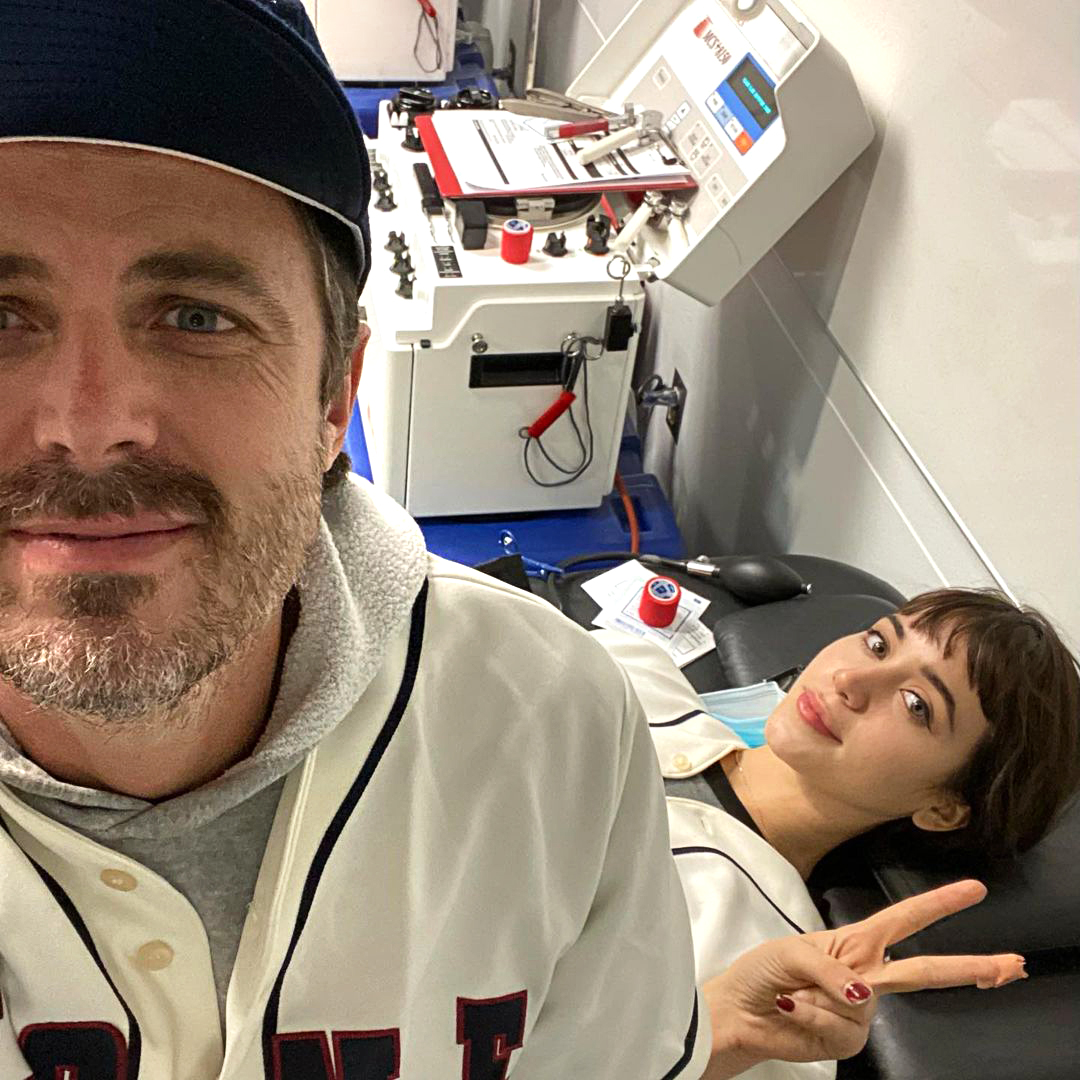 “For the last 12 years, I have played on a baseball team called The Love,” the Massachusetts native wrote via Instagram. “When my dudes on the team heard there was a blood shortage and Red Cross was calling for donations, they showed up.

The Gone Baby Gone actor gave shout-outs to other baseball players who donated blood and concluded his post: “This is the week for giving thanks but sometimes u gotta give something else. The Love and co. gave several bags of blood. Much love and respect to everyone at the Red Cross.”

The Willy Wonderland actress, for her part, commented on his Instagram post to declare her love for her new man. “I love you so much,” Cowan replied.

She also shared her own photo from the donation site without her beau.

“EMERGENCY BLOOD SHORTAGE!” Cowan explained in her social media upload. “The Red Cross needs your help this Thanksgiving. Blood or platelet donation is needed now to prevent delays in patient care. Hospital demand continues to outpace donations, and your help is vital. This is serious! Emergency shortage of lifesaving blood, especially type O, and platelets. The blood supply is at the lowest level the Red Cross has seen at this time of year in 10+ years.”

The pair’s Instagram debut came two days after they made headlines for packing on the PDA. Affleck was spotted dropping off the Sunrise in Heaven actress in Los Angeles on Tuesday, November 23. After she exited his black vehicle, the pair were photographed kissing via photos obtained by Page Six.

The Manchester by the Sea star previously began dating the Supergirl alum, 40, in 2016. However, neither star had since confirmed a split. Before he was linked with Lima, Affleck and ex-wife Summer Phoenix called it quits after nearly 10 years of marriage in August 2017.

The exes — who share sons Indiana, 17, and Atticus, 13 — have remained focused on coparenting.

“If there are two parents in the world who have figured out how to parent in perfect harmony, they should call me up and tell me their secret and they should write a book and save the world,” Affleck exclusively told Us Weekly in June 2019. “In my experience, it’s pretty impossible to not disagree. You both care about your kids so much, more than anything in the world. You both have had different childhoods from which you’re drawing your ideas from and eventually, you’re going to have different opinions and it’s going to be tough to work out.”

He continued at the time, “Luckily, Summer is and always has been an amazing mother. She’s loving and fun and the boys worship her, so I think that even in our differences, she and I have found a nice balance.”