Australian film and television producers fear reforms of the sector announced this week could cut local production in half.

Industry group Screen Producers Australia predicted the changes revealed on Wednesday will combine "to reduce the amount of content being produced by at least 50 per cent, and remove thousands of jobs from the sector as well as opportunities for audiences across the world to engage with Australian stories". 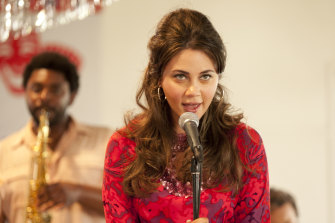 Shari Stebbens in the hit movie The Sapphires. The reforms could make it much harder to produce such a film.

The streaming platforms, which had widely been expected to face a levy on their Australian income to be directed towards local content, have merely been asked to self-report on their expenditure from January.

Foxtel, which last year spent about $26 million on original Australian scripted content, has had its obligation (a levy on revenues) cut in half.

The commercial free-to-air broadcasters, streaming services and Foxtel have welcomed the changes.

"Netflix makes a significant contribution to Australia's content production industries and will continue to do so,” a spokesperson for the global streaming giant said.

Hugh Marks, chief executive of Nine (which owns this masthead), said it was a "much-needed overdue step" in the reform process.

Seven West Media chief executive James Warburton said the increased tax offset would encourage investment in production. "This is a big step in the right direction and also recognises the importance and value of series like Home and Away," Mr Warburton said.

Beverley McGarvey, local boss of Ten owner ViacomCBS, said the reforms were "a win for audiences, a win for networks and a win for the local production sector".

But many producers fear the changes could be disastrous, especially for film.

While pleased by the lift in the TV offset, Ben Grant, chief executive of Goalpost Pictures (The Sapphires, The Invisible Man), said the reduction for film "could not have come at a worse time, with the pandemic wreaking havoc on the economies of cinema".

The cut "dampens our current COVID-safe advantage of being able to produce films in Australia. Sadly, this change for film is a big negative."

Sue Maslin, producer of The Dressmaker, was similarly unimpressed.

"It doesn't add up to features being financed in the short or medium term, unless we revert to being solely a location and crew base for offshore [Hollywood] productions," she said. "This happened once before in the 1930s – see how well that turned out for the local industry.” 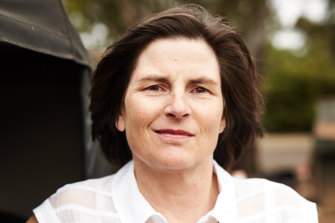 Australian film production collapsed between the war and the early 1970s, when support measures introduced for feature films sparked the so-called New Wave of Australian cinema. The television industry was likewise almost non-existent until local content quotes were introduced in the late 1960s.

Nick Murray, managing director of CJZ (Shaun Micallef’s On The Sauce, Gruen, Bondi Rescue), said the decision not to regulate streaming services was "a missed opportunity. Streamers do, after all, use around 40 per cent of the NBN capacity and pay nothing. They should be rewarded for their expenditure on Australian content, rather than just monitored."

That change was needed is widely accepted in the industry. Audiences for FTA television are in decline, cinema is no longer the only or the best route to market for Australian feature films, and the streamers have fundamentally changed what and when we watch.

Graeme Mason, chief executive of Screen Australia, said the entire ecosystem for screen content had changed massively and the reforms were a necessary response. Screen Australia has had a funding boost of $16 million a year for the next two years with a remit to "target quality and culturally important" screen content that also has a chance of making "a positive commercial return".

"You can't make the type of films and TV you were making 10 or 15 years ago and just put them out there thinking the audience is going to come, because they won't," he said.

"I understand that some people are worried about volume [of production], and it may be that there are fewer things made per distribution entity. But there are so many more entities. So let's get more stuff on all those platforms."