Home » Lifestyle » National Theatre: The Normal Hearts culture of denial on HIV is a warning sign National Theatre: The Normal Hearts culture of denial on HIV is a warning sign 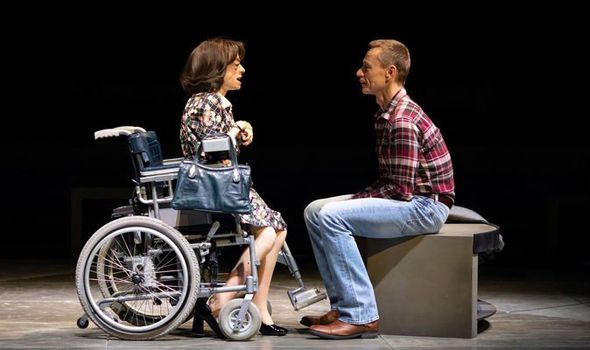 Leading character Ned Weeks (Ben Daniels) is a barely disguised portrait of gay activist Kramer himself and his difficult and abrasive character is served up unfiltered in Dominic Cooke’s superb production. Weeks’ perspective on the ‘gay plague’ is at odds with the majority of homosexuals and his attempts to persuade them by any means necessary that promiscuity is going to kill them all goes not just unheeded but actively opposed.

His combative discussions with Dr Emma Brookner (Liz Carr from Silent Witness) – who is based on the real life Linda Laubenstein, one of the few medical practitioners to take the disease seriously in the early Eighties – inspire him to form an organisation to spread the word about the nature of transmission and the deadly effects of AIDS.

The real drama lies in the sheer intractability of the New York authorities from the Mayor downwards to do anything about it in spite of constant petitions from Weeks and his fellow volunteers, among whom Mickey Marcus (Daniel Monks) and Tommy Boatwright (Danny Lee Wynter) stand out.

If the play seems excessively wordy, it is taken at such a pell-mell pace it seems to fly by and the statistics are staggering; a timely reminder of how rapidly an unknown disease can spread.

It would be facile to draw direct comparisons with the current Covid pandemic (AIDS/HIV deaths currently total 35million, Covid is under 5m) and Cooke wisely leaves the audience to read the trace echoes; the initial delays in taking action, the culture of denial and the sudden rush to develop a cure (yet to be found) act as warnings from the past rather than prophecies of the future.

Set in the round, and opening with a kind of fire ritual, the flame rises and burns throughout the play as a memorial to the dead.

Carr is superbly waspish as Dr Brookner, delivering lines like darts, and Monks provides much needed comic relief as Boatwright “I’m a hospital administrator and a Southern bitch”.

But Daniels is the unstable nuclear core of the piece, raging against the intractability of the New York administration, the refusal of the media to expose the issue and fighting his own kind to try and stop them having unprotected sex while being condemned as a party pooper.

It’s a brave stand which costs him dearly – being thrown out of the organization he founded and generally badmouthed as an irascible, uncompromising and difficult human being.

At times like these, that is precisely what you need to be.