My abusive father destroyed my family

Our relationships counsellor answers your problems: My abusive father destroyed my family

Q My late father was a world-class mathematician. He was also an alcoholic with two serious disabilities: one congenital and one caused by polio, which together with his childhood of abject poverty contributed to his treatment of me.

This alternated between emotional violence and humiliation, then cloying affection. He veered between incredibly nasty and very loving. I went on to marry an equally capricious man whom I left when his appalling behaviour began to affect our children. 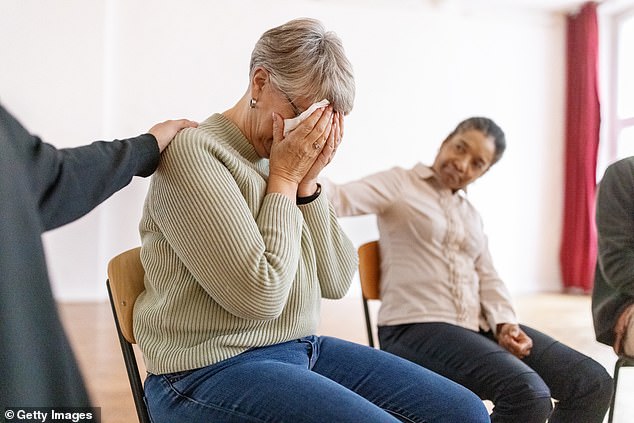 An anonymous reader has shared that their late father was an alcoholic. They reveal he had a difficult life, which led him to emotional violence and humiliation, then cloying affection

My son, a ‘disappointment’ to his father, took his own life in 2012, and my daughter, a loving mother herself now, still launches verbal attacks on me like her father used to. I later married a dependable man, but his heavy smoking and drinking has affected his health and there is distance between us even though we love each other.

My father’s legacy has affected three generations. For me, it was difficult to be the child of such a parent and he’s still a problem from beyond the grave. I vacillate between bad and good memories – so don’t know how best to remember him.

A You have so much to cope with. I am so sorry to hear about your son’s suicide and can think of nothing more painful. It is important not to blame yourself. Your father’s behaviour has cast a long shadow over your family.

It sounds as though he could have had a personality disorder or been on the autistic spectrum. We often repeat patterns from our past and so, subconsciously, you picked a difficult first husband who treated his family in the same manner. The effect on your son was obviously devastating.

Sadly, mental health conditions can be inherited so your son must have also suffered from depression. I’m sure the loss still feels overwhelming, so please contact Survivors of Bereavement by Suicide (uksobs.org) for support. It is wonderful that your daughter is living a happier life, but distressing that she rages at you.

If you can, tell her how proud you are of her and how you would like to understand her better. Say you know how hard it was growing up with such a father and grandfather, and explain that you find her verbal attacks difficult.

Ask if she will come with you to family therapy and whether she needs more support with grief (which could be behind her rage). Ask if she would like to talk more about her brother.

Counselling could also help your relationship with your husband. Perhaps the best way to remember your father is to accept that he loved you to the best of his ability – but that he didn’t understand how to love. Knowing how his own traumas shaped him might help with your conflicted memories of him.

He’s a cheat, but if i leave him i’ll be penniless

Q I have been married for five years and have a young child. My husband has cheated five times that I am aware of, and talks to girls live online and downloads images.

I’m studying full-time and struggling to raise our child while he is working away from home – and, yes, seeing another girl. I still love him and have invested all my money into building our house.

If we split up I will lose everything because I put my money into his family trust. So while I can prove I paid for it all, I have no means of getting a penny back. I’m 50 and have nothing. He has the house, the furniture, two new cars. He has said he wants us to start again, but I’m so confused.

A While affairs sometimes can be understood or explained and, perhaps, forgiven, your husband sounds utterly selfish. I know it’s hard when you feel that you still love him (though many will wonder why when he is so inconsiderate of your feelings), but I’m afraid that his behaviour is never going to change.

You need to free yourself from this marriage. No amount of love you feel for him can compensate for being hurt over and over again – which is what will happen if you stay. So be firm and tell him that you want a divorce.

Regarding your finances, you should be entitled to a settlement on top of the return of your own money, so please consult a solicitor or try mediation; contact National Family Mediation (nfm.org.uk).

Counselling may strengthen your resolve and help you to see that you deserve more from life. Although it won’t be easy, I promise you that leaving him will make you happier in the long run.

Princess Dianas life in pictures – from aristocrat to royal icon