Expectation vs reality: Pregnant mum is devastated by $1,500 party planner’s VERY budget baby shower set up which looks like ‘it’s bought from Kmart’

An Australian mum-to-be has called out an event planner for failing to recreate the baby shower design she paid $1,500 for and instead came up with something that resembled ‘balloons from Kmart’.

The woman, who shared her rant on Facebook, said it was extremely out of character for her to complain but she didn’t want other people to make the same mistake.

‘I decided on February 2022 to hire this events company through a friend for my baby shower which was going to take place on July 31,’ she wrote.

‘All I wanted was a backdrop and smoke gun which was quoted for $1,280. The owner requested a full payment which I obliged.

‘A few months passed and they requested an extra $300 as a deposit for the props. They promised I would get the money back if there was no damage to the props.

‘I was a bit hesitant as it was not written in the invoice as part of their condition or even mentioned by the owner in the first place but I did eventually send it to them a month before my baby shower.’ 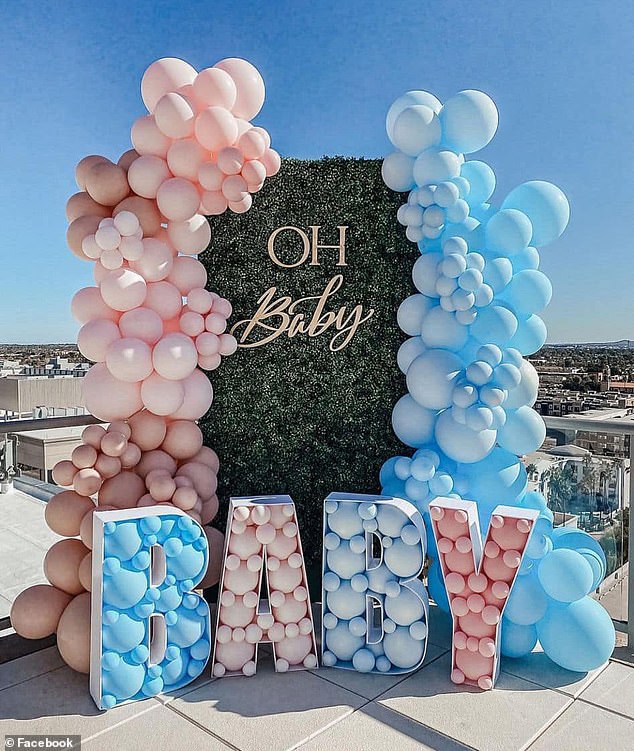 EXPECTATION: The woman, who shared her rant on Facebook, said it was extremely out of character for her to complain but she didn’t want other people to invest time and money into the business she had procured for the job

On the day of her baby shower the owner of the event company claimed that other vendors had her backdrop but she had a back up ‘which was the sad looking balloon handing in the corner’.

The mum-to-be said the last minute change was unprofessional and disorganised but ‘let it slide’ on her big day.

‘They then told me that if they don’t arrive at 12:30-1pm they will just tell the other vendor to go home instead as there’s no point because my baby shower ends at 2:30pm. At that point I was already stressed out and had to add this incident on top of my load,’ she wrote.

‘As they were about to leave they promised that they will email the other vendor to give me a full refund, which I did not understand why as I paid them directly and had no contact or business with the supplier.

‘A couple of days passed and I decided to chase them up about the refund. They said they had emailed them and were moving house which had nothing to do with the our business transaction but I decided to let it go and was hopeful that they would see it through.’ 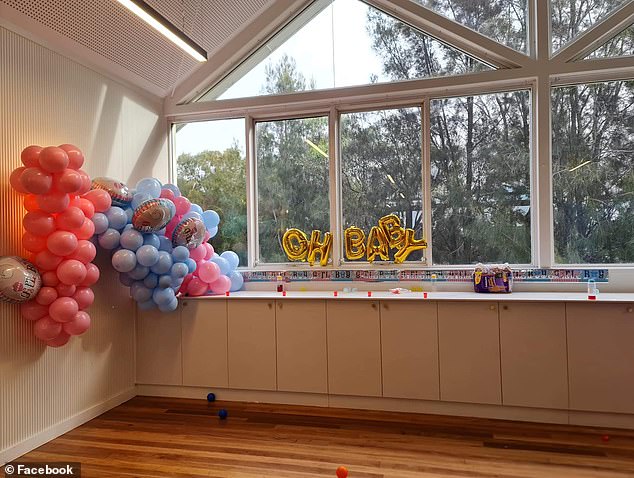 REALITY: The outcome was far smaller and less elaborate than the party planner had promised

But a few days later, the pregnant mum still hadn’t received any updates from the party planner, so she messaged her again.

The planner said she could drop the refund money off to her house but the mum-to-be didn’t feel comfortable disclosing her address and wanted a bank transfer because it was how the transaction had happened in the first place.

‘I received no reply. Throughout the whole process of me trying to get the money back they just came up with more ridiculous excuses as to why they couldn’t give me a refund for something I did not receive,’ she said.

‘Today I found out they have done this to other ladies and have scammed thousands of dollars off them.’

Plenty of her friends pointed out how different what she wanted – and what she got – were.

‘Wowww what you got and what you wanted are two completely different looking set ups! So sad, they should be ashamed,’ one person said.

‘For that amount of money you can get a 10 times better decorations! What a horrible thing to do to someone who is expecting,’ said another.

A third added: ‘No shame at all! So over these scammers taking advantage of people. Biggest joke of a set up for the price paid?’

‘I’ve seen those exact balloons at Kmart,’ added another.