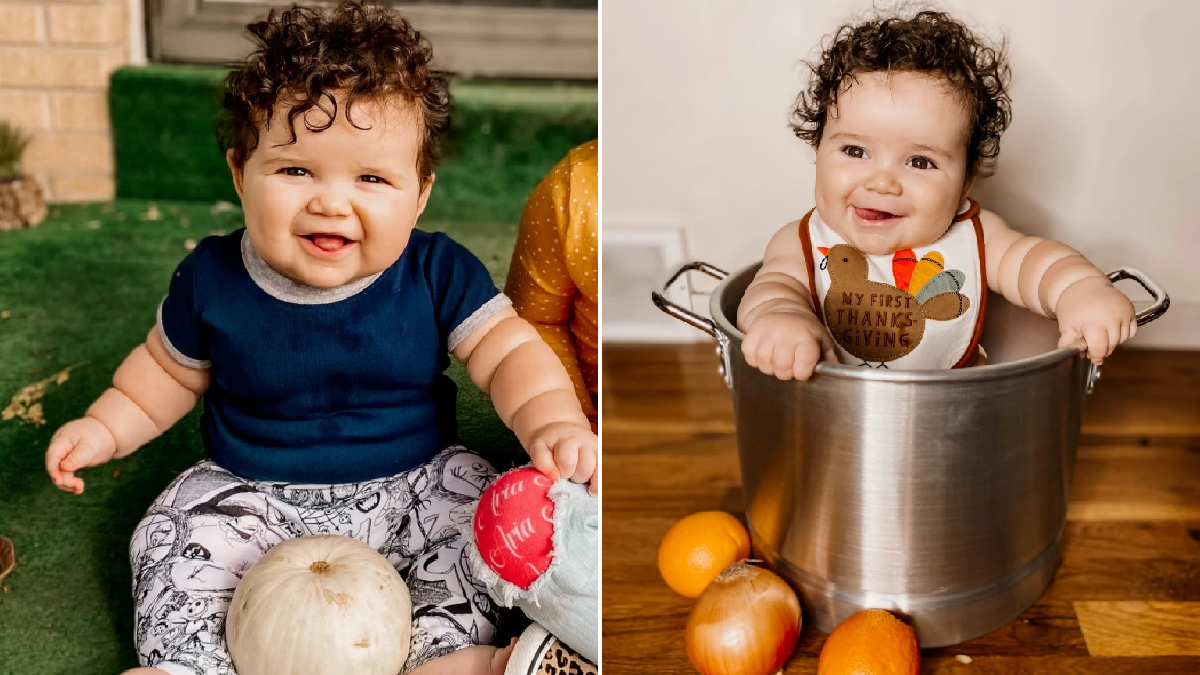 When he was born, Atlas McHugh was average size at 7lb 14oz.

But two months later, he had a rather unexpected growth spurt.

Even his mum, 30-year-old Nabille McHugh, has to frequently switch sides when she holds him – and use her leg for support.

Nabille says: ‘Whenever anyone holds him, everyone has something to say about his size – whether it’s their back hurts, or their arms cant handle it, there’s always a comment.

‘Most non-family members comment on my ‘toddler” and are shocked when I tell them he is still an infant.’

He’s also growing out of his clothes at an incredible rate.

The 30-year-old mum adds: ‘He is currently in 24-month clothes and this is the longest stretch we have gone with this size, but he was never in newborn size.

‘The doctors have no concern as his weight and height are proportional on the growth chart – he is just bigger overall, but no weight issues whatsoever.’

The tot has even gone viral, due to his size, after Nabille posted a video of him on TikTok to the song ‘Big and Chunky’ from Madagascar.

She adds: ‘Honestly I was scared, I woke up to so many notifications, friend requests, and emails all over my social media.

‘Seeing some of the comments was very overwhelming.

‘Every now and then there’s negative and nasty comments about my son or accusing me of bad parenting because of his size.

‘I get so many people telling me that I used a filter to make him look that big, I think that’s just hilarious.’

Nabille, from Denver, found out she was pregnant with her second child with husband Tyler McHugh, when she was just three weeks along.

She adds that her pregnancy was stress-free and her bump remained a normal size – even though Atlas was measuring two weeks ahead.

Although she had planned to give birth naturally, Nabille had a C-section due to her petite size.

‘I was in love when I first saw him,’ she adds.

‘He was average size for a newborn, but he kind of started hitting his growth spurt between two and four months and has been steadily growing since then.’

Nabille hopes that her TikTok videos will make people realise that babies come in all shapes and sizes.

She continues: ‘I would just like to normalise bigger babies, big babies have always been around but social media hasn’t.

‘Not because a baby is bigger or smaller than average means that they are automatically unhealthy or something is wrong with them.

‘Babies come in all shapes and sizes, I would know since I have two kids – one was tiny and one big.’