Christmas albums are an intriguing thing. By this point they have the suffocating air of cynical commercialism, everyone trying to jump on Mariah Carey’s annual money-printing bandwagon. They are the antithesis of art, a desperate grasp at seasonal relevance, a karaoke queue of disappointment. And yet, they are essential. What else are you supposed to, like, glaze ham to if not Michael Buble’s big band rendition of Frosty the Snowman? 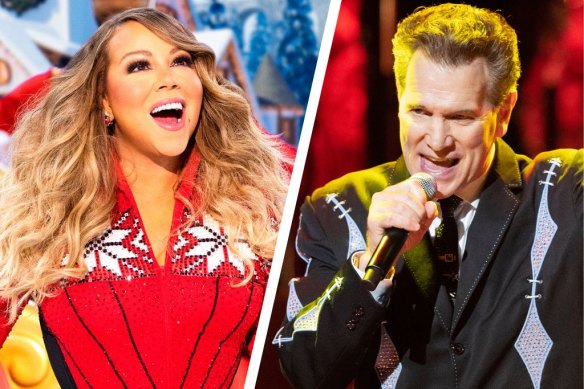 Of course, we all already have our established Christmas favourites. There’s the classic cuts: Brenda Lee rockin’ around the Christmas tree, Bing Crosby all “mele kalikimaka” on a bright Hawaiian Christmas. There’s Wham. If I want Christmas spirit I’m going to the Vince Guaraldi Trio’s A Charlie Brown Christmas or Herb Alpert and the Tijuana Brass’ Christmas Album, which infiltrated my soul during an intense Burt Bacharach phase years ago and now just hibernates there till fa-la-la time.

We need Christmas songs, those tracks you gently cue in the background while wrapping presents or to fill in the deafening silence of Christmas lunch with the in-laws. But then, it’s always good to have some new options.

If the appetite for new Christmas music is there, then so’s the supply. Look at the current ARIA charts, with Jimmy Barnes’ Blue Christmas, Andrea Bocelli’s A Family Christmas and Paul Kelly’s Christmas Train all firmly ensconced in or strafing the top ten. But that’s like the Coles Radio of Christmas listening options. There are better things out there, people! 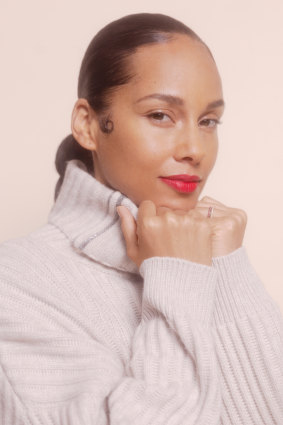 Alicia Keys is in a weirdly sensual Christmas mood.

And really, there’s something for every Christmas music enthusiast. Indie sad girl icon Phoebe Bridgers’ ever expanding Christmas playlist now also includes a cover of The Handsome Family’s So Much Wine, a perfect option for seasonal depressives. On the other end of the emotional scale is 100 Gecs’ anti-yuletide jam Sympathy 4 the Grinch, an amazing ska-turned-hyperpop joint about robbing Santa.

Alicia Keys has a new one, Santa Baby. It features a sultry take on the title cut that almost out-sultries Eartha Kitt herself, and an unnecessarily breathy version of Christmas Time is Here that will have your Christmas Eve dinner guests blushing like, “Wow, what the f— are we listening to?” . It’s so wild, I kind of love it. Keys also manages to file an original, December Back 2 June – a playful doo-wop thing that’ll have you middle-aged dancing in the kitchen.

The less said about the Backstreet Boys’ A Very Backstreet Christmas, the better (and not just because the band’s recent TV holiday special was cancelled by US network ABC following a sexual assault allegation against Nick Carter, but also very much because of that).

The Boys lay on the cheese hard. It’s a bit like those Eurovision entries that think they can smirk their way to douze points. This is not a joke – this is Christmas, buddy! There’s a very barbershop-y version of Winter Wonderland with more finger-clicking than a poetry slam crowd, and a weak-ass take on Donny Hathaway’s This Christmas that’s whiter than Bing Crosby’s snow dreams. One for whatever’s the digital equivalent of the bargain bin.

Which brings me to a Christmas miracle: the best Christmas album since Mariah’s? I put a question mark there to make it seem I’m awaiting your input, but I’m not: I’ve heard a Christmas masterpiece and, weirdly, it’s by Chris Isaak.

I don’t know why, but it’s a cosmic truth that Christmas songs sound better in rockabilly. That Isaak’s Everybody Knows It’s Christmas is released by Sun Records, the iconic Memphis home of the Million Dollar Quartet and early bare-boned rock ‘n’ roll, is entirely appropriate.

For the most part, it’s a lilting cowboy thing, led by Isaak’s honky-tonk yodel. There’s a perfectly twangy Jingle Bell Rock, a rollicking version of Chuck Berry’s Run Rudolph Run, an Eddie Cochran-y take on Rockin’ Around the Christmas Tree complete with what sounds like artificial vinyl fuzz, and an O Holy Night that’s as dramatic as late Elvis. The lonesome wailer Wrapping Presents for Myself, which appears to be an Isaak original, hits so close to home.

This is a Christmas album begging to become a seasonal staple. Peel prawns to it, prepare a pavlova, whatever your Christmas routine; you’ve found the new soundtrack to a very enjoyable holiday indeed.

To read more from Spectrum, visit our page here.

Who? What? Why are we so fascinated with these celebrities?

Film legend Charlotte Rampling is glamorous, distant and fierce. At 76, and after starring in hundreds of movies, she’s more than honest about the consequences of desire and ambition in Hollywood – and in life.

They call her a punk pixie, a likeable lunatic, a cyclone with a blonde mullet, and the heir(ess) apparent to Iggy Pop. Amy Taylor used to work in a supermarket, now she’s winning ARIA’s and stealing the stage at Glastonbury.

Legendary frontman of Irish band U2, Bono, has an autobiography out – and it’s really good. In his hometown pub, he sits down with an old friend to talk about fame, family, song writing, celebrities, presidents, popes and pain.

Vicki Gunvalson Lost 22 Pounds With Diet, AirSculpt: Before and After Photos