A mother has recalled the horror of waking up to find her two-month-old son dead in her arms after she fell asleep while breastfeeding in bed.

Laurie Jade Woodruff, 30, from Derbyshire, told how it was ‘love at first sight’ when her son Arthur was born via emergency C-section on January 6 in 2015.

The new mum admitted she struggled with breastfeeding but persevered, despite the fact it left her exhausted.

On February 27, 2015, in an attempt to soothe crying Arthur, she decided to feed him in her bed – and woke up in the early hours to find his lifeless body cold beside hers. 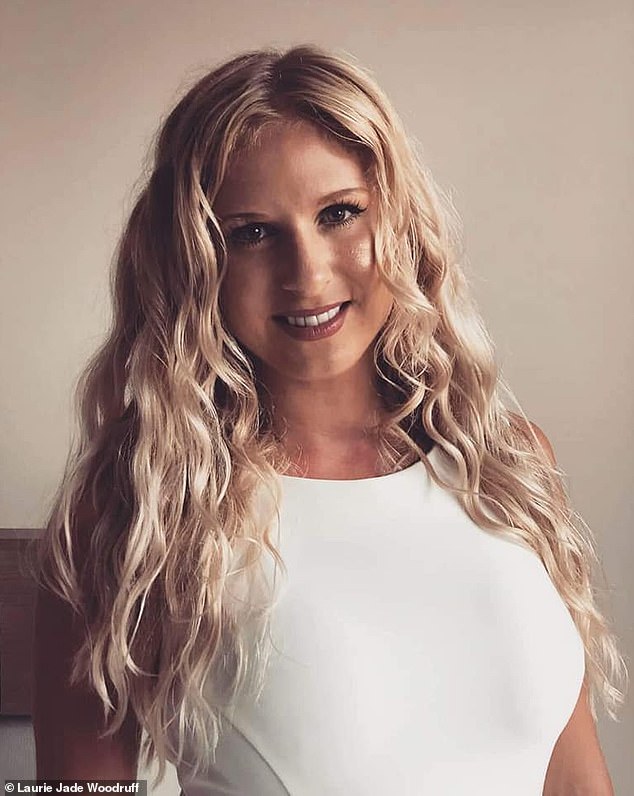 Laurie Jade Woodruff, 30, from Derbyshire, recalled the horror of waking up to find her baby son dead in her arms after she fell asleep while breastfeeding 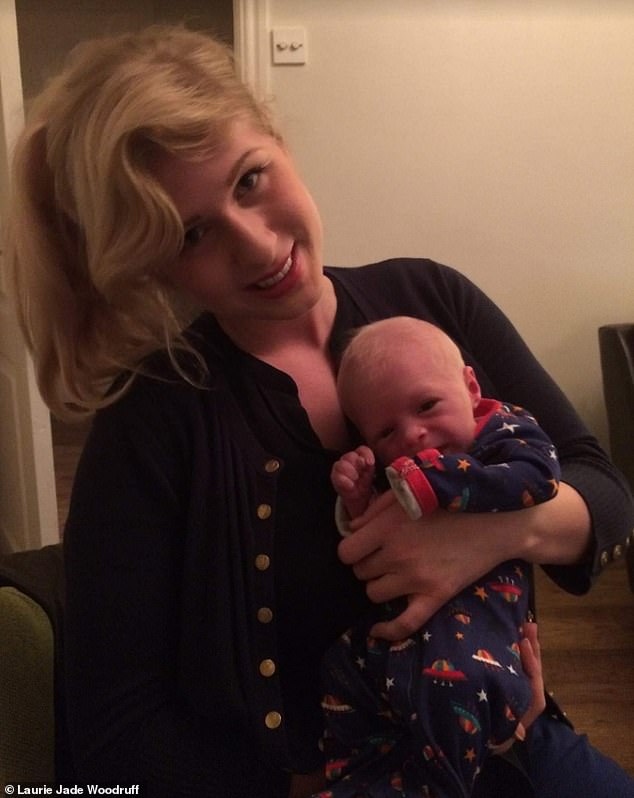 Despite a post-mortem revealing the youngster had died from sudden infant death syndrome (SIDS), Laurie blamed herself for the first year-and-a-half and struggled to grieve.

Gradually, Laurie came to the realisation that Arthur’s death had ‘happened for a reason’ and began to regain her strength – and has since started up a healing business working as a psychic, astrologer and psychotherapist.

Laurie is bravely sharing her story to mark Baby Loss Awareness Week this month, and to warn other parents about the dangers of co-sleeping. 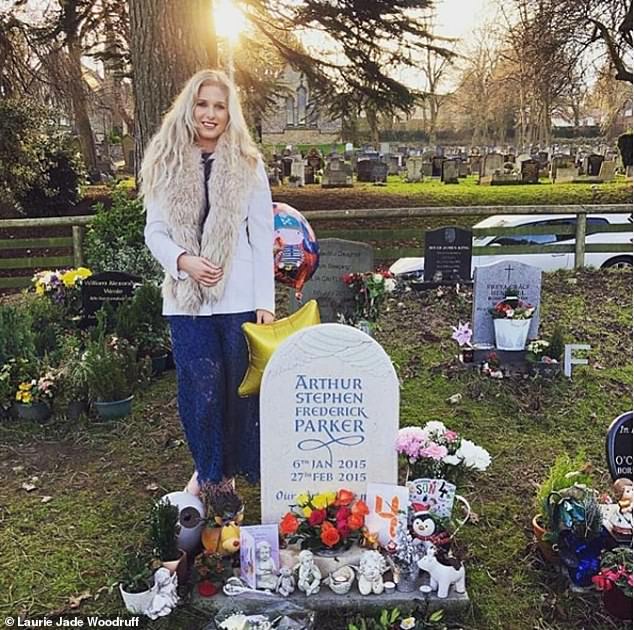 Laurie is bravely sharing her story to mark Baby Loss Awareness Week this month, and warn other parents about the dangers of co-sleeping. Pictured beside Arthur’s grave

Speaking about the first time she laid eyes on Arthur at the Jessops hospital in Sheffield, Laurie said: ‘I was overwhelmed with love; it really was love at first sight.

‘I just couldn’t believe how beautiful he was. He was perfect in all ways. I’d always struggled emotionally in life and now I had this beautiful little person to care for which just gave me so much meaning and purpose in life, it was just what I needed.’

‘I loved being a mum and when I first saw him smile, I was overwhelmed with joy. I just couldn’t believe it. Most days I would just stare at him and look at how beautiful he was.’

But when Arthur was nearly three months old, Laurie woke up on a wintery morning to find her son lifeless beside her. 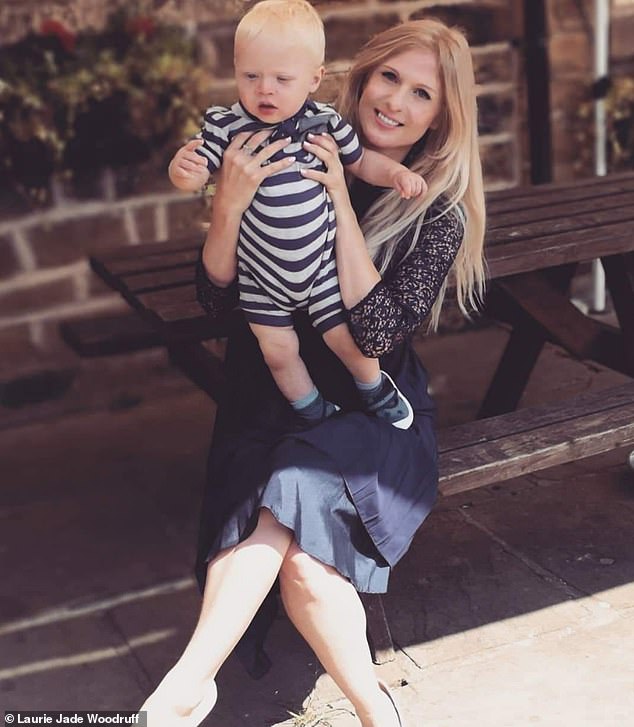 Laurie has since welcomed her second child, Henry, now two, but still misses Arthur every day

‘We bed-shared and I was breastfeeding him when I fell asleep holding him upright in my arms,’ she recalled.

‘It just felt right having him close by. He would never settle in his own bed; he just wanted to be held all of the time.’

Laurie explained how Arthur was cold with dried blood running from his nose and his eyes were closed.

‘It was something that no mother should ever have to experience,’ she said. 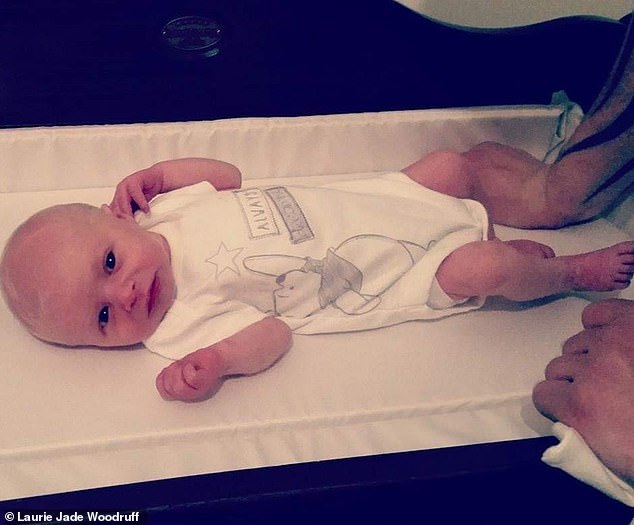 Laurie said the days that followed Arthur’s death were dark and desperate, with the grief doing ‘strange things’ to her. Pictured: baby Arthur

‘I felt as if I were living in some kind of cruel nightmare. None of it made sense or seemed fair.

‘The ambulance ride on the way to the hospital was the most awful experience ever; by the time we reached the children’s hospital; he was pronounced dead.’

Laurie said the days that followed were dark and desperate, with the grief doing ‘strange things’ to her. She visited Arthur every day in the mortuary, accompanied by police while an investigation into his death took place, before his funeral. 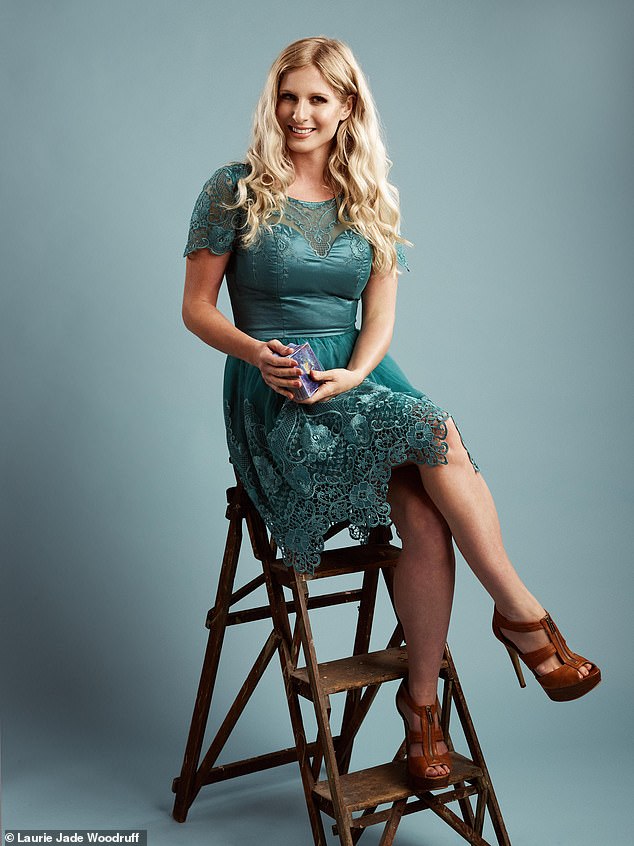 As she healed, Laurie completed her training in psychotherapy and astrology and began writing again – a long-lost passion

‘My family members told me that I should probably stop going so much, so I had a break for two days from visiting him and cuddling his cold body,’ she recalled.

‘I knew he was gone but I still needed to be near him. The lady at the children’s chapel where Arthur was kept was called Sandy. She was a lovely lady.

In the UK, just under 300 babies die suddenly and unexpectedly every year. This statistic may sound alarming, but SIDS is rare and the risk of your baby dying from it is low.

Most deaths happen during the first six months of a baby’s life. Infants born prematurely or with a low birthweight are at greater risk. SIDS also tends to be slightly more common in baby boys.

SIDS usually occurs when a baby is asleep, although it can occasionally happen while they’re awake.

The exact cause of SIDS is unknown, but it’s thought to be down to a combination of factors.

Babies who die of SIDS are thought to have problems in the way they respond to these stresses and how they regulate their heart rate, breathing and temperature.

‘During my two day break I was deciding what songs to play at his funeral and I decided to go to Meadowhall shopping centre to buy the CD with the song Somewhere Over the Rainbow.

‘My mum said it would be busy at that time but I insisted. I walked through the side entrance and bumped straight into Sandy. I knew straight away that was Arthur’s spirit telling me to go and see him. After that I never missed another day until the day of his funeral.’

As she healed, Laurie said she eventually gained strength from what had happened to her son – knowing that nothing in life would ever be as terrible.

‘If I could overcome losing a child, I could do anything, achieve anything that I wanted,’ she explained.

When Henry was born on June 11, 2017, Laurie admitted she was scared he too would die prematurely, and ensured she bottle-fed him when he wouldn’t latch on and never co-slept.

Laurie completed her training in psychotherapy and astrology and began writing again – a long-lost passion.

Now the mother takes comfort in her job, which sees her help people to heal and become the very best versions of themselves.

‘We all need help, especially during the darker periods of our lives,’ she said.

‘Talking to someone really helped me during these times and I hope to help other people through the tough and dark periods in their lives as well as realising their destiny and finding meaning and purpose in their lives.’

The Beatles Album Ringo Starr Said Was His Favorite