An entrepreneurial mum who launched a business throwing raves for babies, now puts on high-end bashes for the children of celebrities.

Faye Kenny, 32, from Leeds, West Yorkshire, spotted a gap in the market after giving birth to her son Ziah, now seven, and decided to turn her love of partying into a business, launching her company BoomChikkaBoom through a Facebook advert.

She now hosts raves for groups of 10 to 600 parents and babies, and in April she opened her own venue and has since branched into high-end children’s birthday parties. 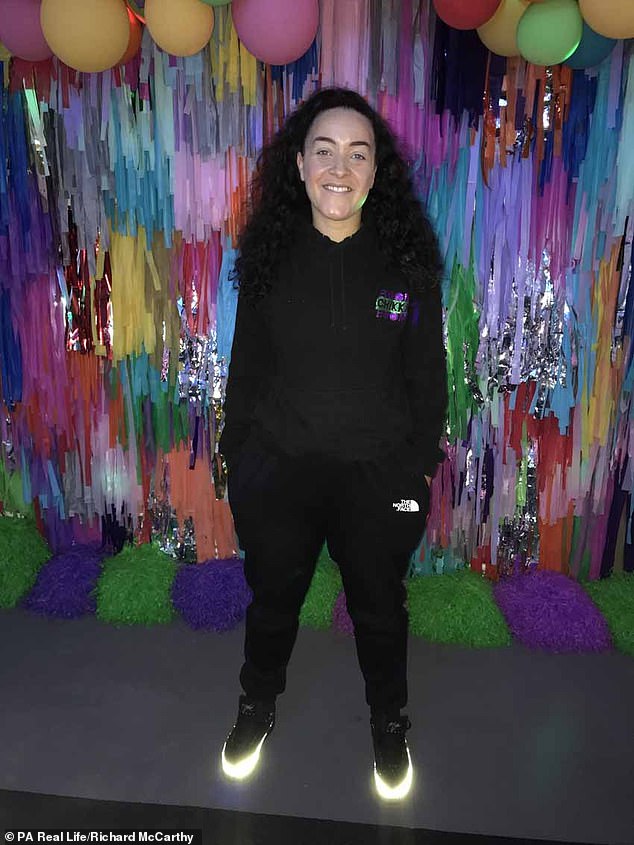 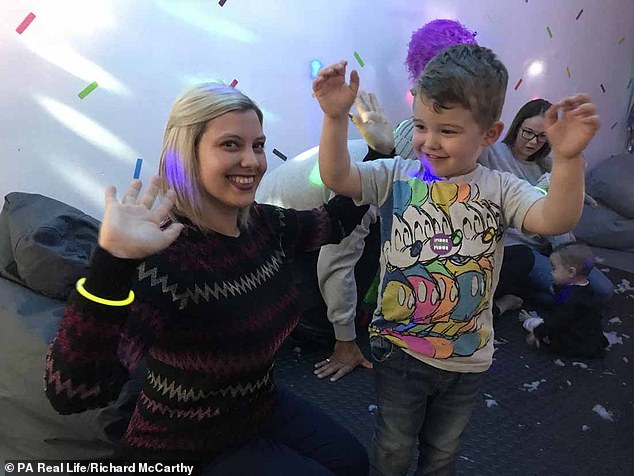 Faye explained that the parties are a ‘really nice atmosphere’ and she wants to get everybody ‘up and dancing’. Pictured: A mother enjoying one of BoomChikkaBoom’s raves with her son 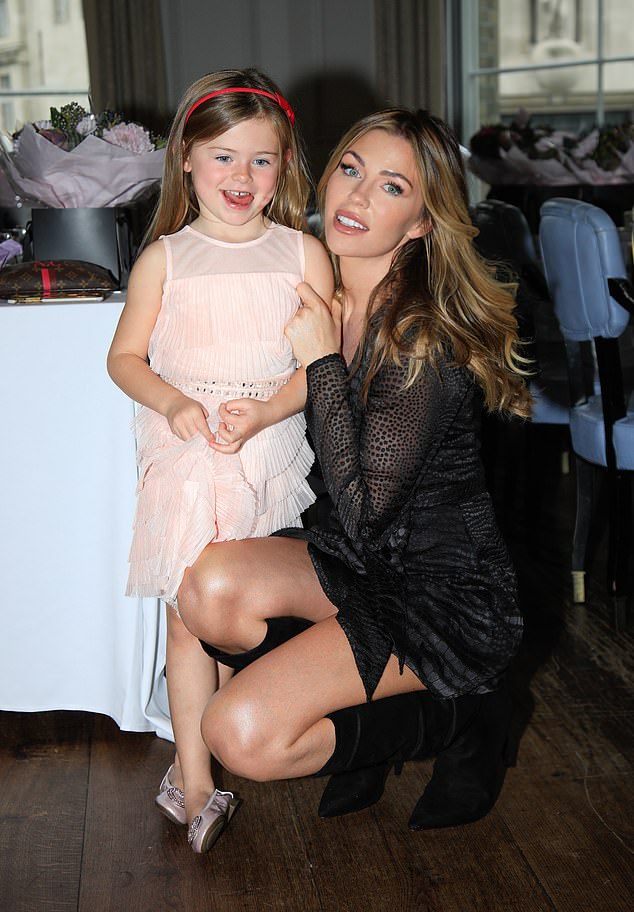 She said: ‘We did a rave in their back garden, with an inflatable igloo,’ Faye recalled.

‘We do parties across the north west. We’re booked out until January.

Faye, who is also stepmum to her electrician partner Antony Dacres’ two children, started the business after discovering she had a heart condition, and found her old job ‘too hardcore’.

She said: ‘I was pretty hardcore and when I became pregnant with Ziah I carried on working.

‘But I found out I had a heart condition, dilated cardiomyopathy, when the heart muscle becomes stretched and thin.

‘A lot of my work was physical and it wasn’t good to have my heart rate so high whilst I was pregnant, so I had to give it up.

‘As soon as Ziah was born I was figuring out what I wanted to do for work and what would fit around him.’ 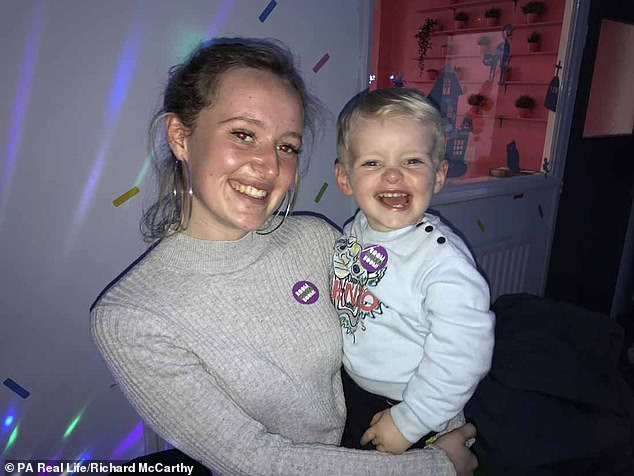 She now hosts raves for groups of 10 to 600 parents and babies and charge on average £6 for an adult and child, and £2 for additional children to take part

Faye admitted that she found it difficult to connect with other young mothers, and felt a party for babies and their parents would be a great way to meet other families.

She said: ‘I was the first in my friendship group to have children, so I didn’t really have anyone I connected with.

‘I found the mum and baby groups to be really cliquey and a bit old school, so when my brother suggested I try throwing a baby rave I thought it was a brilliant idea.

‘I got a friend to make some flyers and posted them on my personal Facebook page and asked my friends and family to share it.

She told that despite having ‘no business plan’ her first event sold out in less than a week, and explained that she often holds themed raves for parents to enjoy as much as the children. 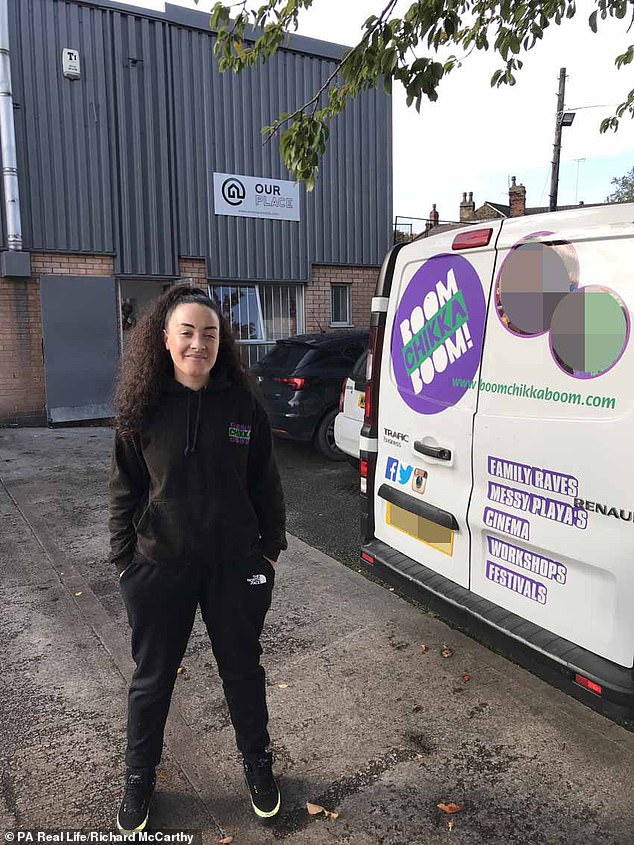 She said: ‘I didn’t have a business page or a business plan or anything like that, and it sold out in less than a week.

‘We’ve had a Take That versus a Spice Girls rave, and reggae, rock, old school, trap, metal, RnB themes.

‘We’ll do a Halloween remix and in August we held a Pride rave, where everybody came dressed in rainbow colours.’

Now, they have a snow machine, bubble machine and disco lights to create the ultimate party atmosphere and charge on average £6 for an adult and child, and £2 for additional children to take part.

Faye explained that the parties are a ‘really nice atmosphere’ and she wants to get everybody involved, including the dads who attend. 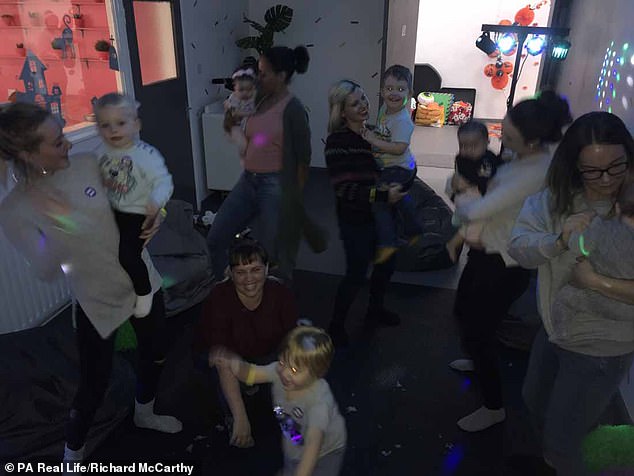 Faye puts together different playlists for each themed party, including a Take That versus  Spice Girls rave, and reggae, rock, old school, trap, metal, RnB themes 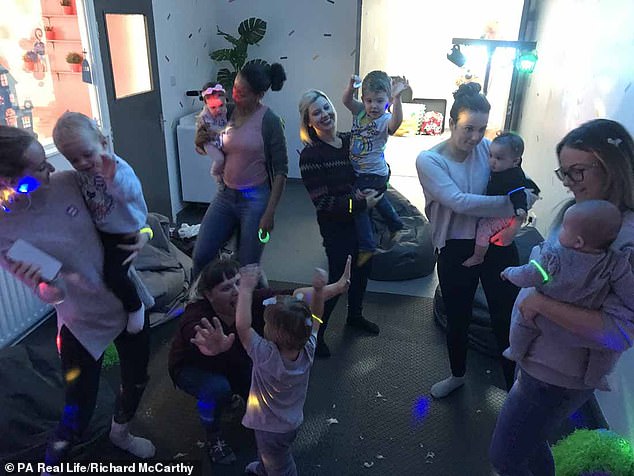 They have a snow machine, bubble machine and disco lights to create the ultimate party atmosphere

She insisted: ‘We want to get everyone dancing. If there are some dads hanging around in the corner, we won’t put the snow machine on until they’re up having fun.

‘A lot of people come to the events with their families. There are mums, dads, grandparents, aunts. It’s a really nice atmosphere.

‘Now we have groups for babies up to 11 years old.’

And, after a suggestion from one of the parents, they now host raves at care homes and respite centres for adults with learning disabilities.

‘We will have the disco lights on, the bubble machine, group singing, call and response songs,’ Faye said.

‘We want to teach everybody to dance or do a routine. In the care home, we get them waving their hands and dancing away.

‘It suits every age. We just try and adapt it, which is what is unique about the company. ‘

A Hawaii Home for Islamic Art Widens Its Scope