Morrisons slashes half price off cooked breakfasts for four weeks

MORRISONS has slashed half price off its cooked breakfast selection for four weeks as part of a mega cafe deal.

Hungry Brits can get a fry up for as little as £1.87 across Morrisons' 406 cafes nationwide. 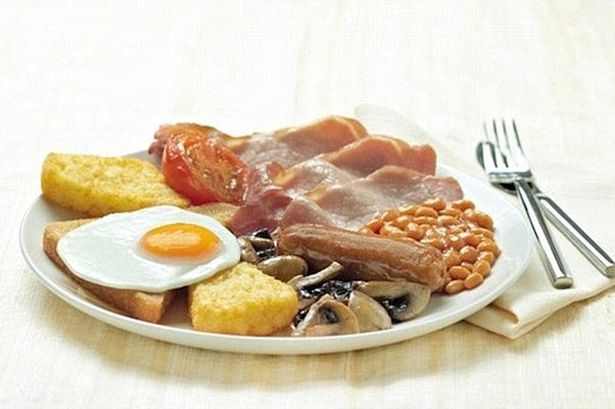 The deal starts on August 30 (bank holiday Monday) and will end on September 26.

There are four options on offer under the deal.

The cheapest option is a small breakfast for £1.87, down from £3.75, and includes a sausage, bacon, fried egg, grilled tomato, baked beans and toast.

A full English breakfast will set you back £2.75, down from £5.50, and you'll get extra bacon and sausages as well as mushrooms, black pudding and hashbrowns.

You can get a full vegetarian breakfast for £2.75, down from £5.50, which includes two vegan sausages, avocado, fried egg, mushrooms, a grilled tomato, hashbrown, baked beans and toast.

For the same price, you can get a vegan breakfast, which doesn't include the fried egg.

The deal is available all day, and not just at breakfast.

You can find out where your nearest Morrisons cafe is by using the supermarket's store locator.

Opening times for cafes may vary, but most open from 8am-6pm.

Morrisons isn't the only shop offering cheap food deals at the moment.

Supermarkets from Tesco to Asda are offering deals where kids can eat free over the summer holidays at cafes.

But you'll need to act fast as some of these offers run out on September 1.

The supermarket is giving its staff Boxing Day off this year too to say thanks for their hard work.

The Sun has also taste-tested the supermarket's pizza vs its main competitors.

Would Mary Trump Ever Run For Office?
Recent Posts