Mindy Kaling Reacts to ‘Titillating’ Rumor B.J. Novak Is Father of Her Kids 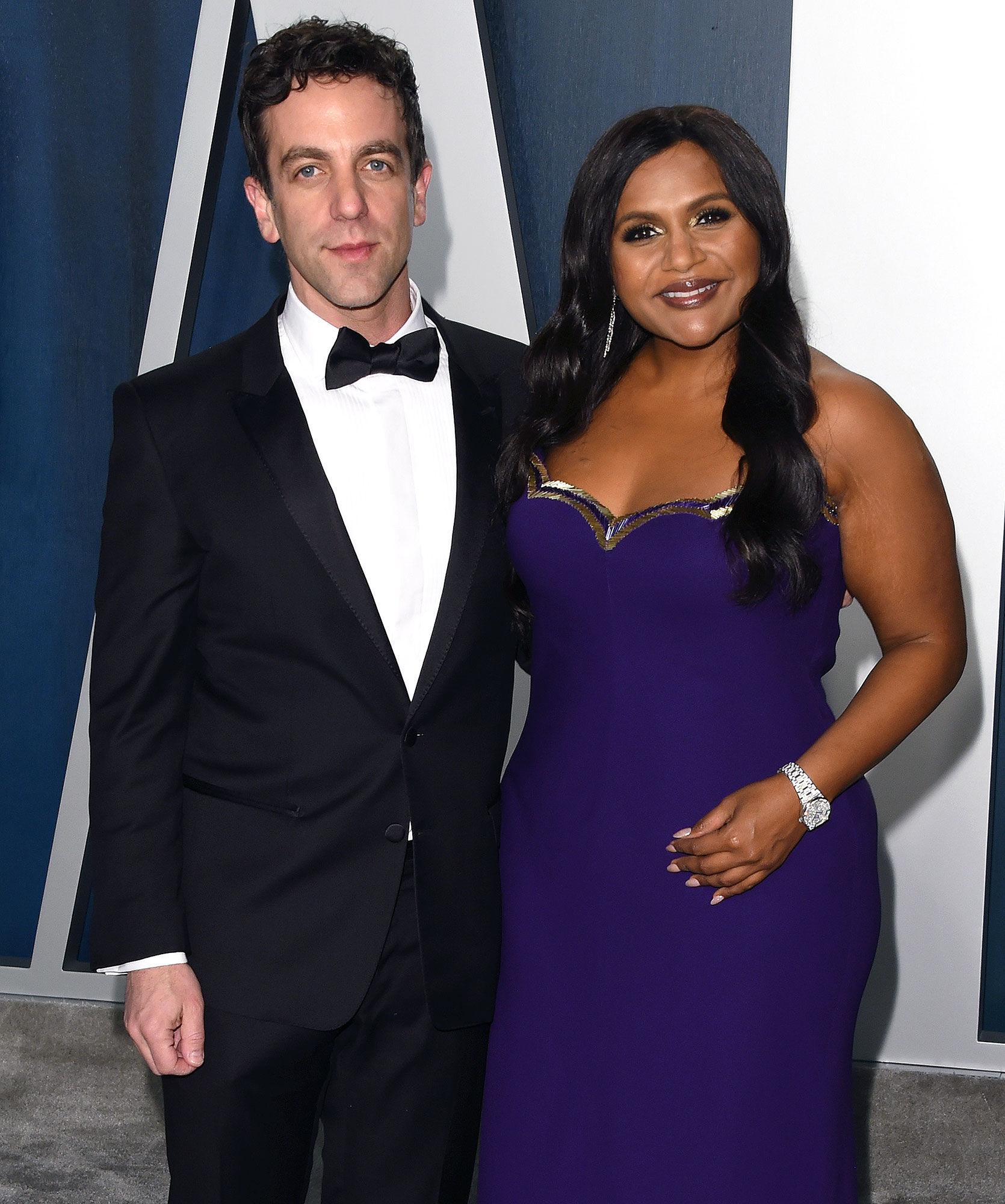 Remaining unbothered! Mindy Kaling has heard the fan rumors claiming B.J Novak is the father of her two children — and she’s all for having fun with the speculation.

Mindy Kaling and B.J. Novak’s Unbreakable Bond Through the Years

“It doesn’t bother me,” Kaling, 43, told Marie Claire in an interview that was published on Tuesday, August 9. “He’s the godparent to both my kids — and they have such a great relationship.”

The Office alums, who dated for three years before calling it quits in 2007, have remained close despite ending their romantic relationship almost fifteen years ago. The twosome even cowrote and costarred alongside each other in the hit NBC comedy, which ran from 2005 to 2012. 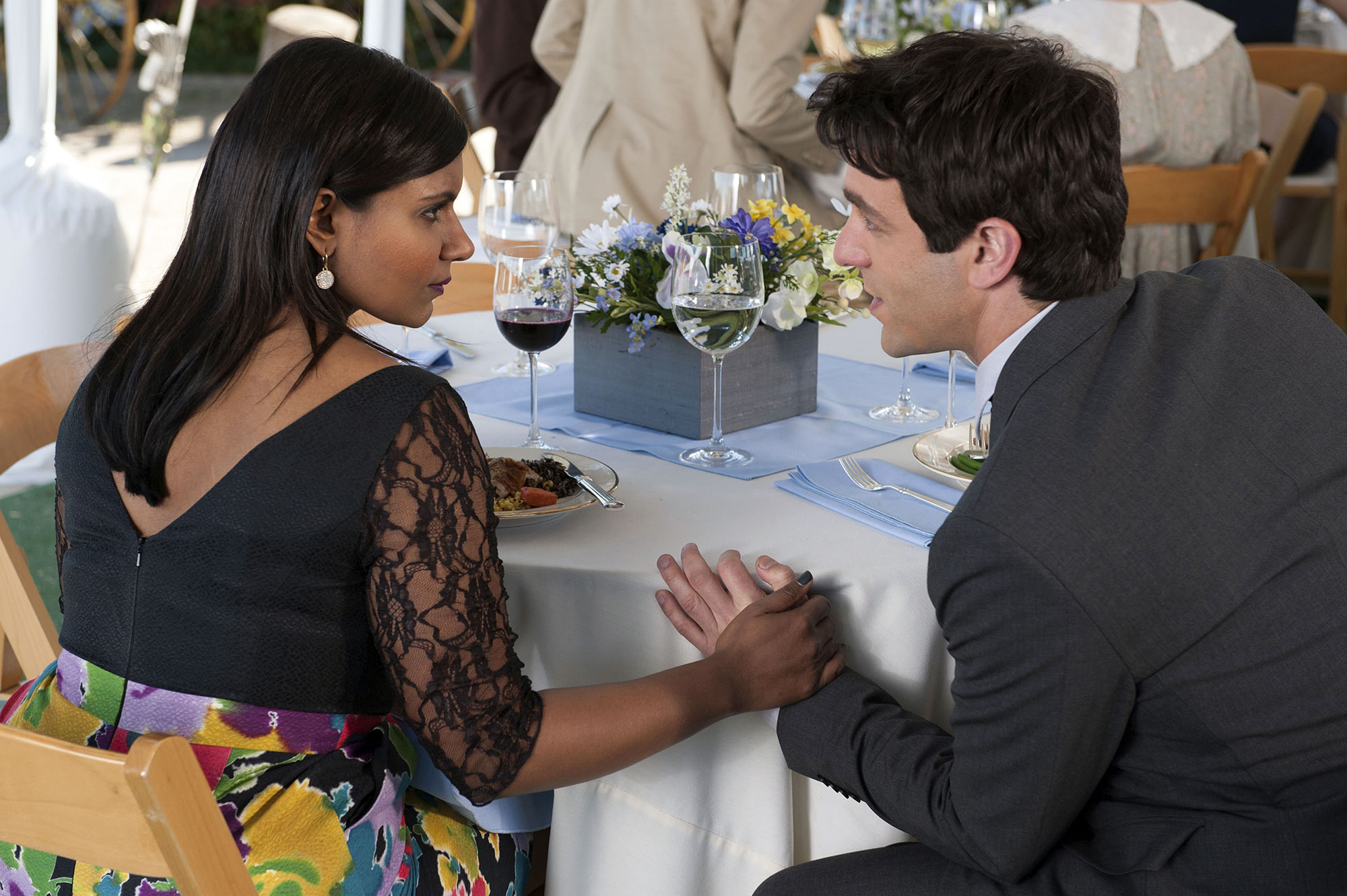 Meanwhile, that bond between them has caused the internet to run wild with theories about the Vengeance star being dad to Kaling’s two children, daughter Katherine, 5, and son Spencer, 2.

However, the Mindy Project star explained that as long it isn’t hurting Novak or her family, there’s no reason to stress about what other people think. “So [the speculation hasn’t] affected my happiness at all, it hasn’t affected my kids or BJ,” she said, adding, “If that’s what is going to be titillating to people, I’ll take it.”

The Sex Lives of College Girls creator has been notoriously private about her fertility journey since welcoming daughter Katherine in 2017, opting to wait until her kids are “old enough to talk about it” before revealing the details.

“I’m the only parent my kids have,” the No Strings Attached star joked to Marie Claire. “I think I err on the side of super cautious so that there’s less things that they can potentially be mad at me about down the line.”

Celebrities Who Became BFFs With Their Costars

Despite the pair no longer being romantically entangled, the Never Have I Ever creator revealed to Good Morning America in 2020 that Novak has become more like “family than a platonic friend,” adding that the Inglorious Bastards actor was part of their “pandemic pod” during the height of COVID-19. “He’s great with kids. And so it’s been really nice to have his energy in the house.”

In 2015, Kaling opened up about how the peculiar nature of the twosome’s relationship over the years. “I will freely admit: My relationship with B.J. Novak is weird as hell,” the Massachusetts native joked during an interview with InStyle. “He is not my boyfriend, but he is not my best friend. I guess you could describe our relationship as a ‘romantically charged camaraderie with loud arguments,’ but I don’t think Facebook would accept this as a new status.”

Novak, for his part, spoke with Entertainment Weekly in 2013 about how their close-knit dynamic can often cause complications when it comes to dating other people.

“Whenever we date anyone else, I think there’s a period where the person is very skeptical of our friendship,” Novak explained. “‘Everyone seems to think you two might be a couple, and I don’t mean to get in the way. Are you sure you’re not dating? Are you sure you’re not going to end up dating?’ It’s such a common thing to have that platonic best friend that becomes a little weird when you start dating someone.”