MEGAN Fox went totally topless in a stunning new photoshoot after she packed on the pubic display of affection with her boyfriend Machine Gun Kelly.

Megan, 35, stunned in a risqué outfit while leaving a shoot in Los Angeles. 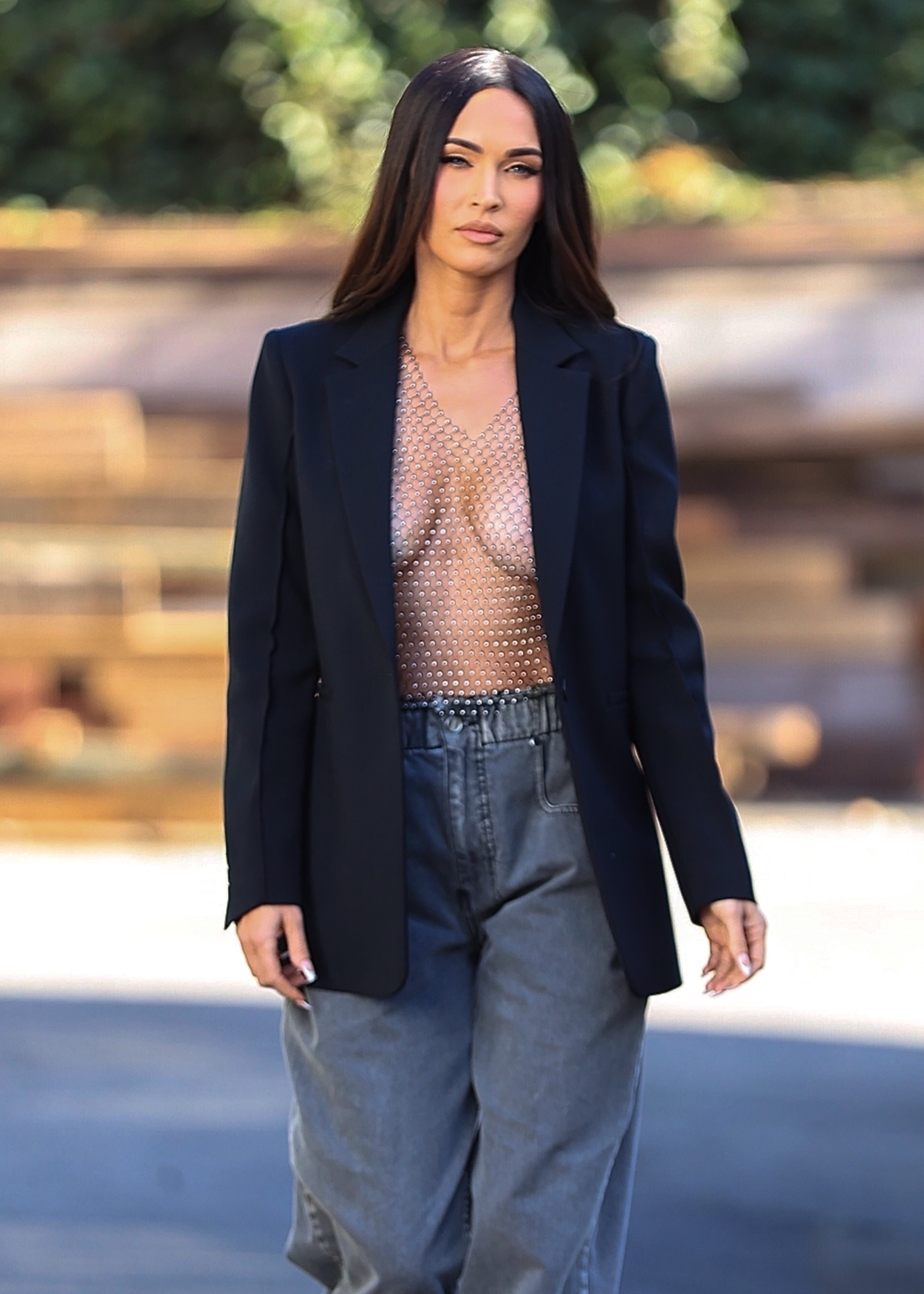 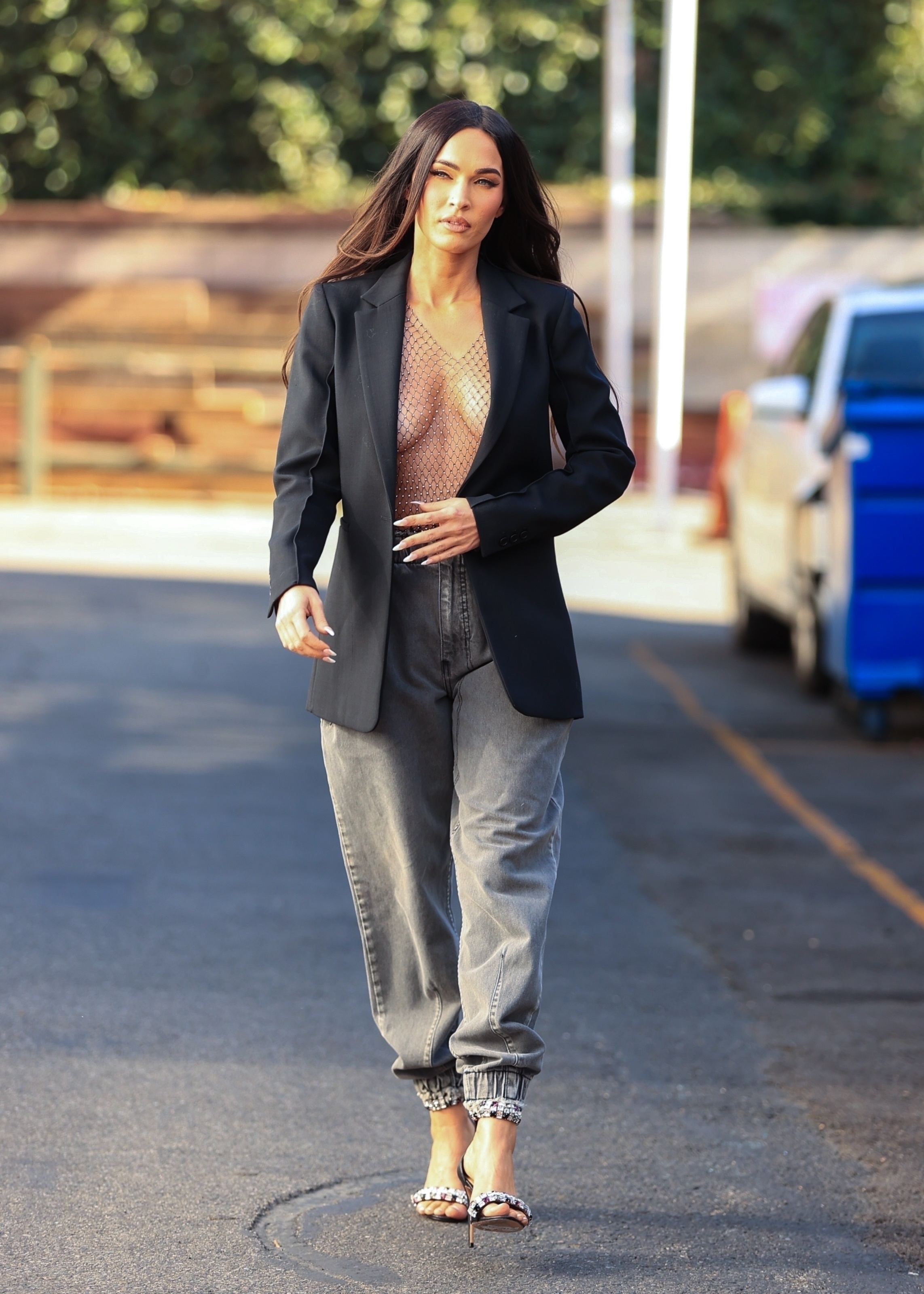 The Jennifer's Body actress strutted across in high heels and jeans during her daring look.

The movie star left her blazer unbuttoned as she revealed her bare skin.

Recently, Megan grabbed MGK's crotch as they packed on the full PDA at the Billboard Awards red carpet event. 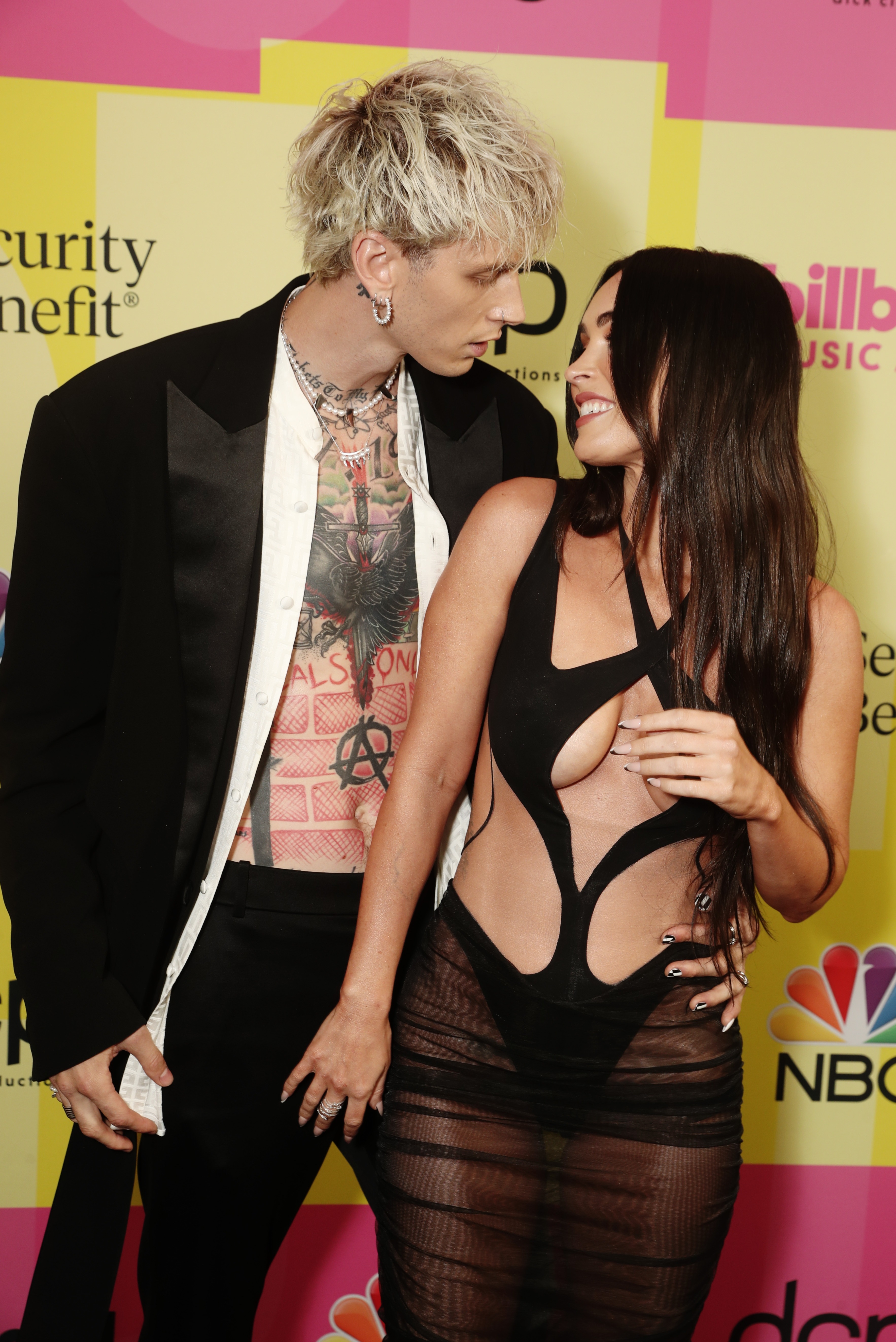 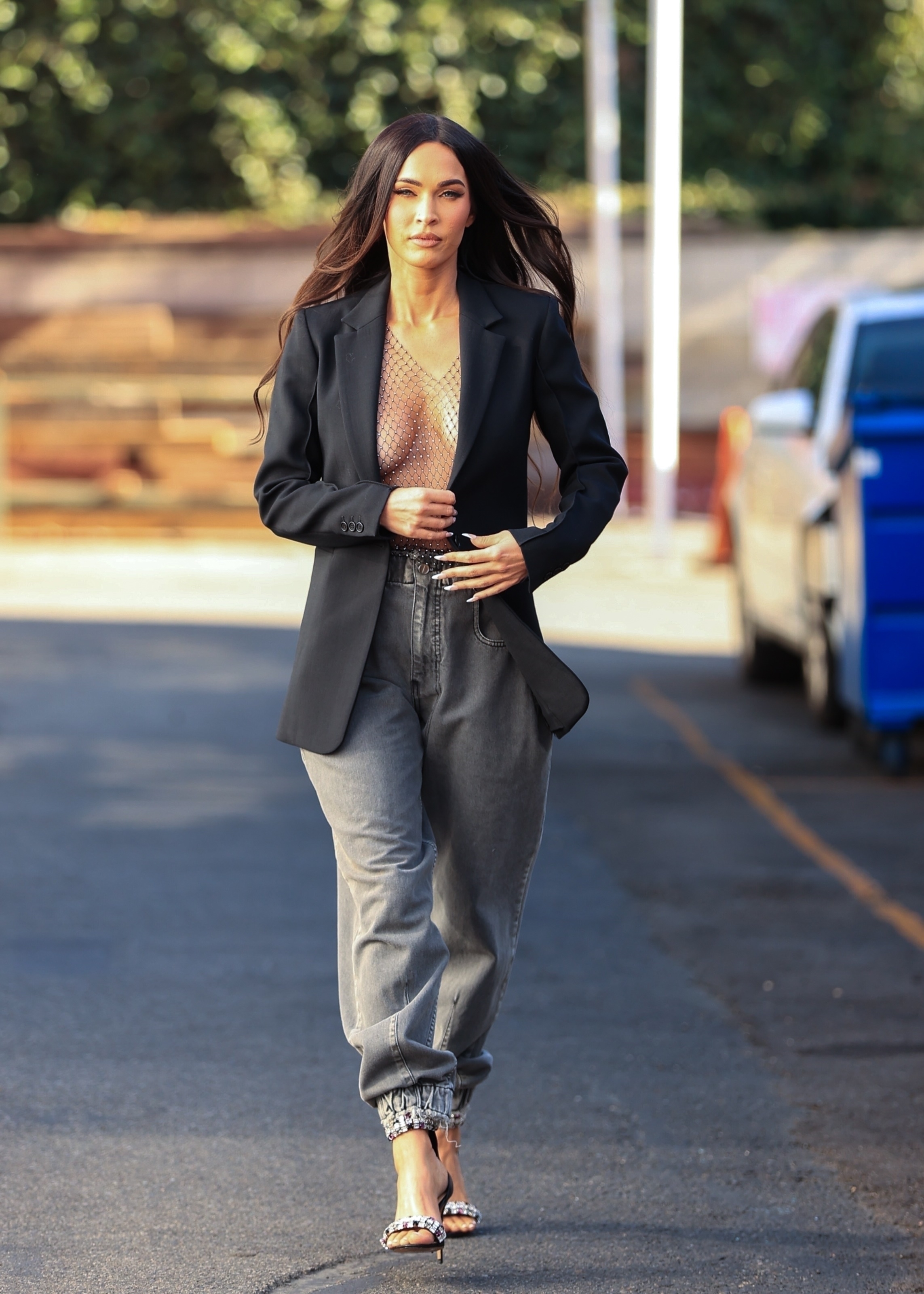 While the two kissed in front of cameras, Megan wowed the crowd with her sizzling cut-out dress.

Machine Gun Kelly, 31, – real name Colson Baker – continued the PDA as he would not keep his hands off her.

The musicians took home the award for the Top Rock Artist, which he sealed with a passionate kiss from Megan. 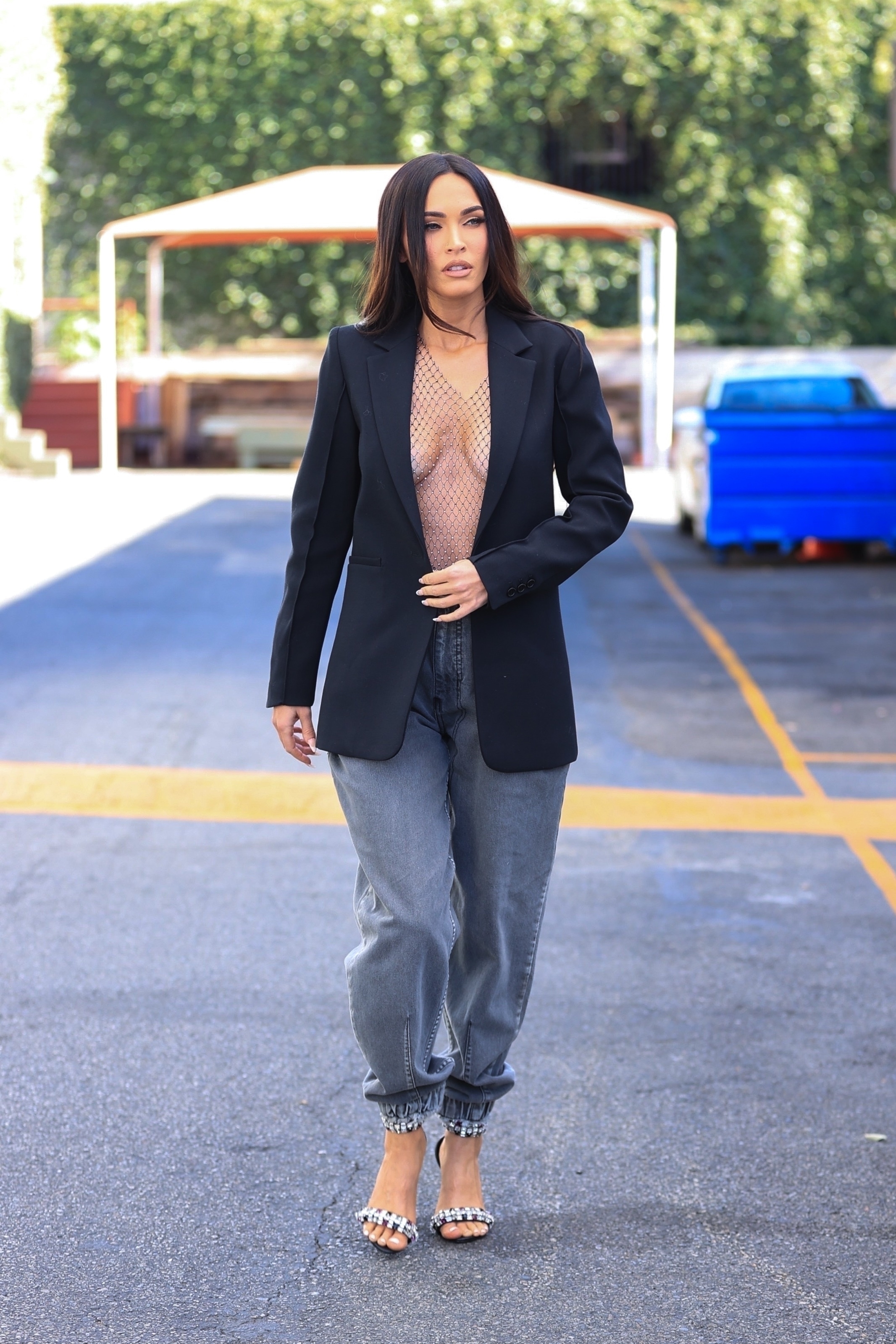 Last month, the alternative rock star revealed to host Ellen DeGeneres why the movie star gifted him a vial of her blood.

The Dirt star's necklace was first shown off on Valentine’s Day when he shared a photo of the vial on Instagram.

The caption of the post said: "I wear your blood around my neck." 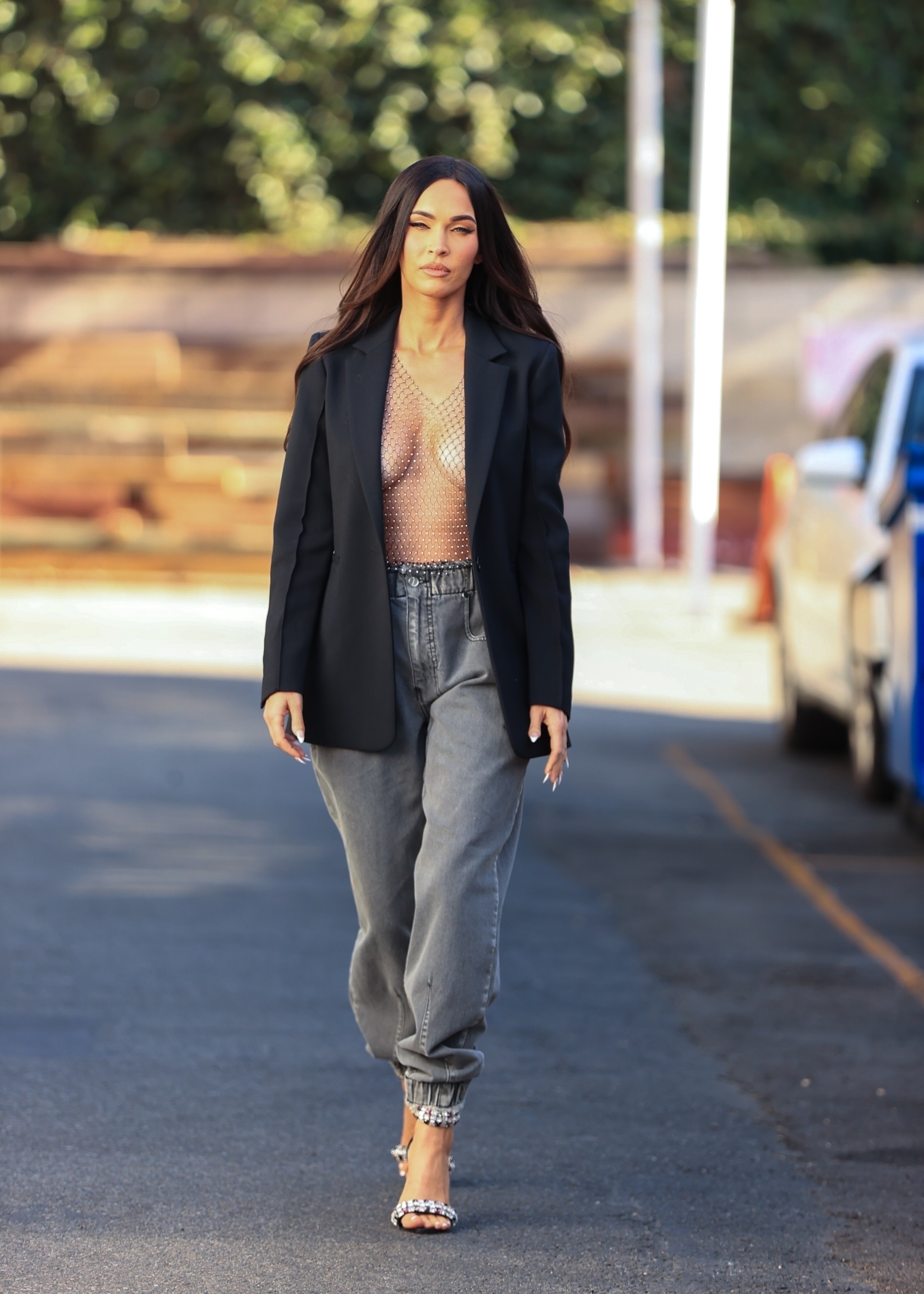 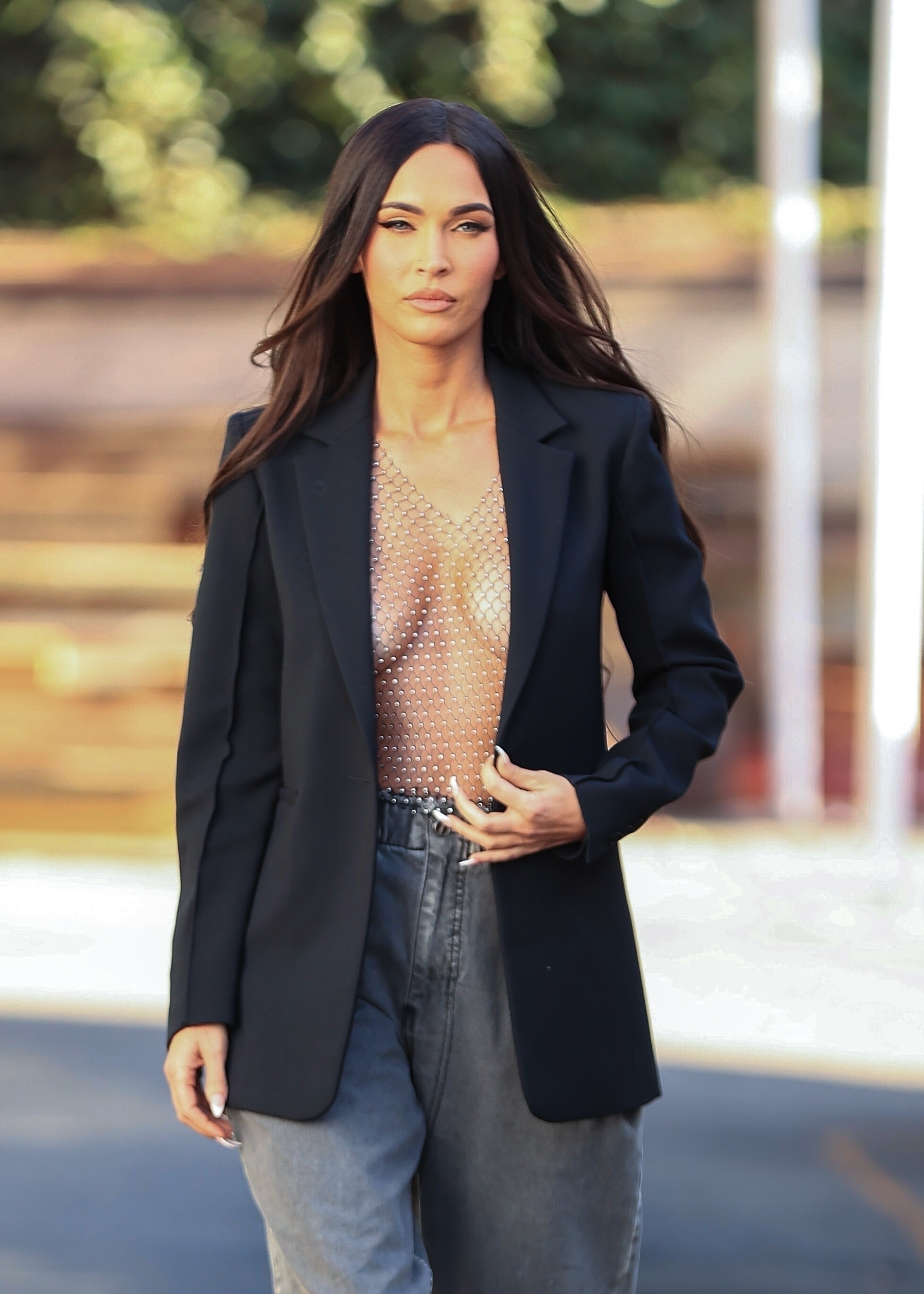 During The Ellen Show, the music star explained that Megan gave him a drop of her "DNA" because she had been traveling abroad to film her new horror flick, Till Death in Bulgaria.

Ellen asked: "Was that your idea, or did she fall down and hurt herself, and you had a little thing?"

Colson replied: "Well, she was actually going out of town to film a movie. This was really new in our relationship. 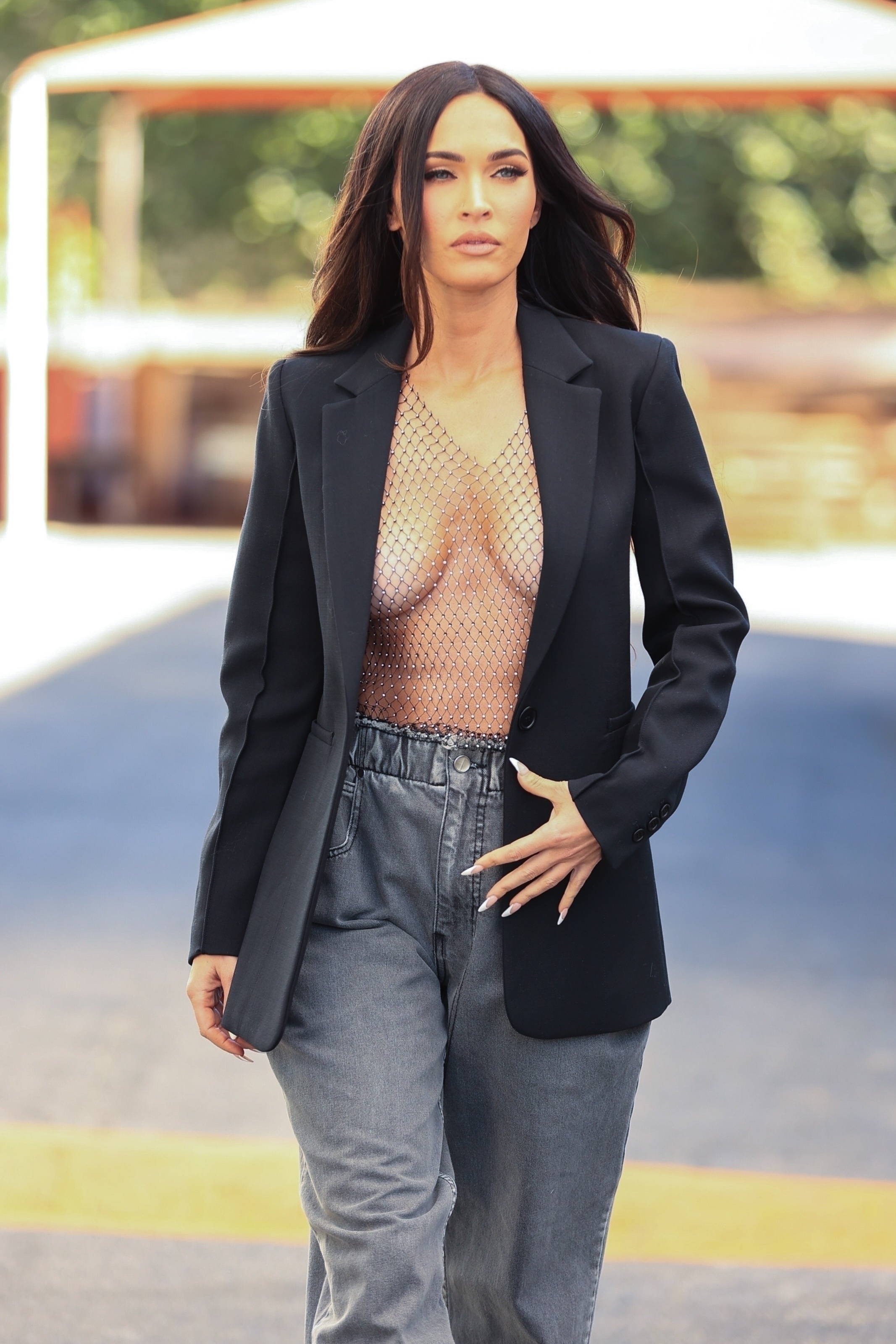 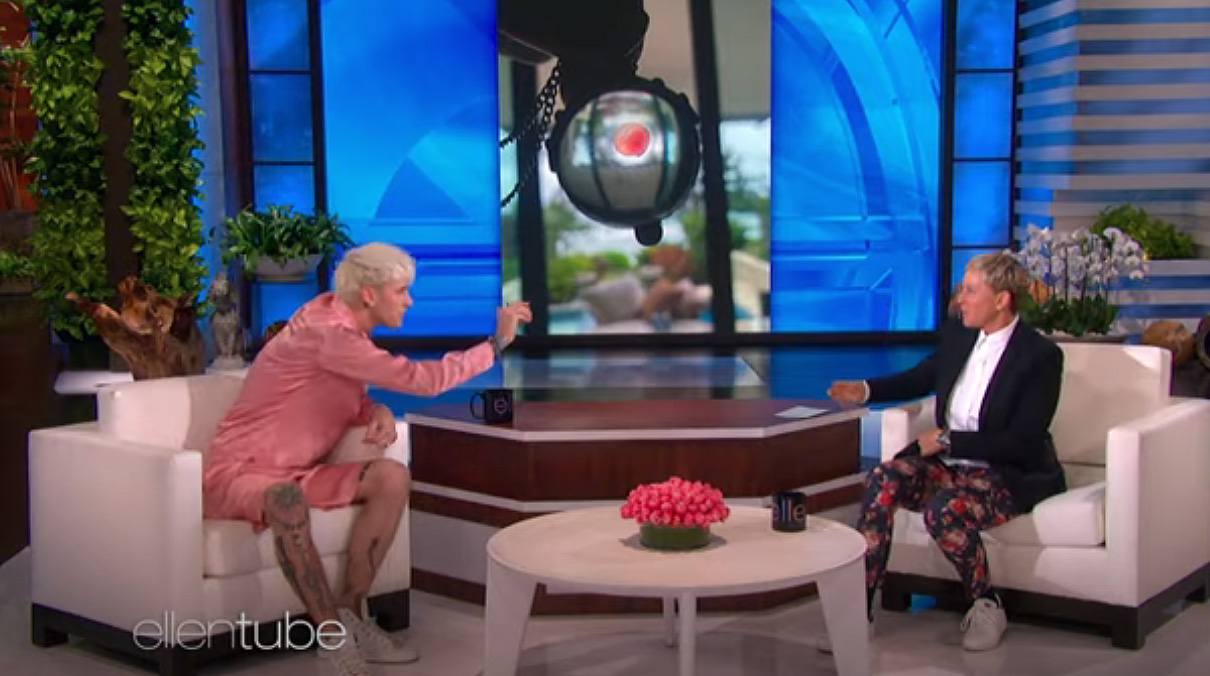 "I didn’t have a passport [at the time] either. So she was going out to Bulgaria, so I was kind of freaking out, like, 'You’re gonna leave and I can’t even come see you.'

Colson concluded: "Some people give, like, a handkerchief to their partner or whatever. She gave me her DNA."

Brian and Megan tied the knot back in in 2004 before announcing their split in May of 2020.

After announcing her split, Megan moved on with her new beau, who she met while filming their movie, Midnight in the Switchgrass, which will be released on July 23rd.

During the trailer of the upcoming thriller, the Rogue action star roughed up her real-life squeeze and left him bloodied up.

The movie follows Megan's FBI agent Rebecca Lombardi and her partner, Bruce Willis’ Karl Helter as they attempt to shut down a sex-trafficking ring. Their investigation leads them to a serial killer, inspired by Texas’ real-life Truck Stop Killer.