Matted elderly cat needs a home in time for Christmas 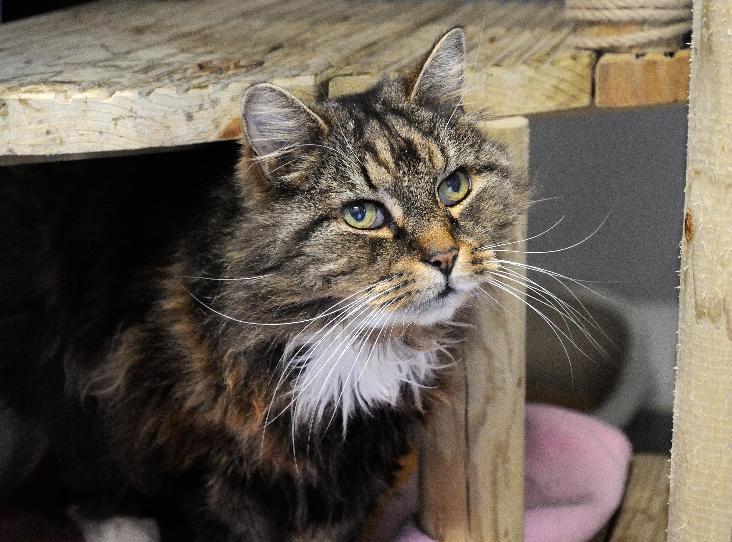 When Otis came into the RSCPA’s Hillingdon rescue centre, he looked very different to how he does today.

The 15-year-old tabby and white cat was brought to the branch so covered in matted fur he had to be shaved, after his previous owners struggled with his grooming.

As a semi-longhaired cat, Otis needed regular grooming but unfortunately this hadn’t happened in his previous home leaving him with mats in his fur.

Despite his rocky start, Otis thrived when given time to warm up to staff and some much-needed TLC, and he’s now looking for his new forever home.

Tracy Deamer, Animal Welfare Officer at the branch, said: ‘Even though we had to give him a rather dodgy haircut, Otis hasn’t held that against us and he has been an absolute delight to care for these last few months!

‘He’s a friendly and sweet senior gentleman and despite his advancing years, he is very active and would like a home where he can go outside and explore.’

He may be elderly, but Otis is anything but retiring. He loves cuddles on the couch as much as he enjoys stalking prey, preferring to be the only male cat in the house.

‘In human years, Otis would be 76 years old but you would never know it!’ continued Tracy.

‘Now he is looking for a home where he can get lots of fuss. He is looking for an adult only, quiet home as the only pet – or potentially he could live with a calm female cat of a similar age.

‘His Christmas wish is to have a forever sofa to call his own, one he can curl up on with a lovely human companion.’

After not being groomed for quite some time, Otis deserves an owner who’ll take care of his coat too. A daily brush will ensure his current haircut stays mat-free.

Could you be the person to grant this old boy’s festive wish?

If you think you can give Otis a loving home please contact the RSPCA Middlesex North West and South Hertfordshire branch.

Doja Cat Almost Worked With Billie Eilish, Doesn't Need to Work With Dr. Luke Again, and 11 Other Things You Didn't Know About Her