The amount of people needing urgent treatment for alcohol-related illnesses soared in 2020. 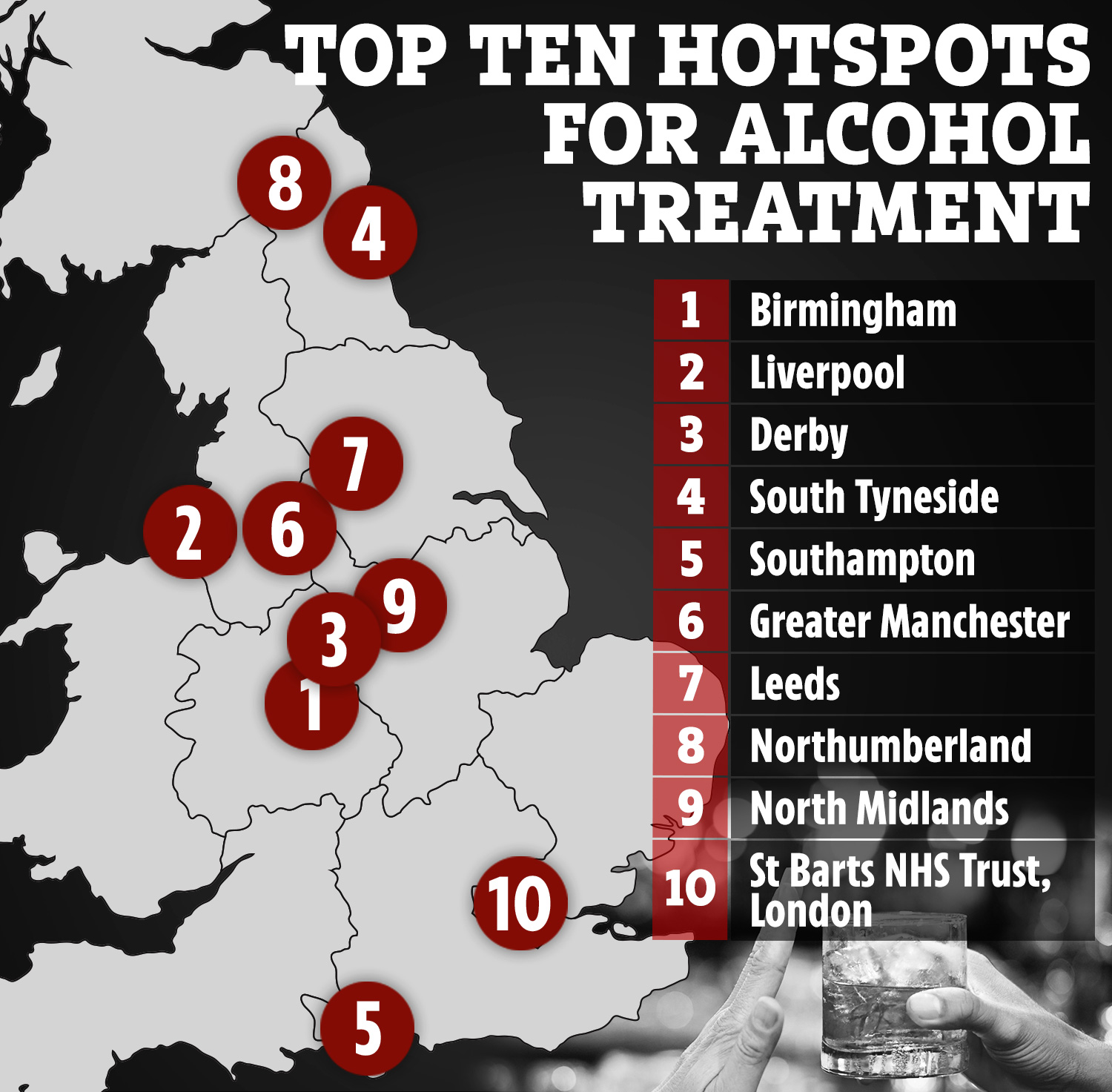 The rate of hospital admissions for booze-linked conditions is now up 22 percent on five years ago.

According to the data, released by NHS Digital, Birmingham is the top spot for serious liver disease patients.

As our map shows, 1,675 people were admitted at the city’s University Hospitals NHS Trust last year.

Hospitals in Liverpool was next highest recording 1,330 cases, followed by Derby, which saw 1,255 patients.

The other eight hotspots for alcohol treatment:

Commenting Dr Richard Piper, the Chief Executive of Alcohol Change UK, said: “Even before the pandemic only one in five drinkers in need of treatment was receiving it, and this need has only increased.

"Hospital admissions related to alcohol continue to be extremely high.

"There is an urgent need to offer high-quality treatment and support for all those who are struggling with their drinking.

“If we are to prevent a surge in avoidable suffering further down the line, we need to have in place well-targeted policies and properly funded treatment services.

“The Government must respond to the threats facing the system urgently to ensure everyone who needs it gets the help and support they deserve.”

Alcohol misuse is estimated to cost the NHS £3.5 billion per year and society as a whole £21 billion annually.

Admissions for booze account for about one in ten of all NHS cases.

Deaths from booze rose in lockdown last year, with 5,460 Brits killed due to drinking.

From April to June there was a 17.7 per cent rise of alcohol-linked deaths, compared to the same 2019 period.

And between July to September there was a further 22.6 per cent increase.

This was the highest rate of deaths due to boozing since 2001, according to the latest ONS data.

People stuck at home in lockdown reported drinking more – with sales of booze nearly tripling in the first full month of the shutdown.

If you're worried about the amount of booze you've been knocking back since lockdown, take a test we complied to see how at risk you are and what you could do to cut back.

'Below Deck Mediterranean': Captain Sandy Celebrates 33 Years of Sobriety – 'I Had My Last Drink and Drug on August 29th 1989'