The VERY dark side of fame: Former teen star who was hailed as one of Hollywood’s biggest up-and-comers exposes her secret struggles with drug abuse, sexual assault, and suicide attempts in heartbreaking video

A former teen star who was hailed as one of biggest up-and-comers on YouTube by AdWeek in 2014 has revealed how a music producer tried to take advantage of her while she was drunk.

Actress and singer Lia Marie Johnson, now aged 26, speaks candidly in a 10-minute-long video titled This Is My Story about the dark side of fame, with abuse, addiction and suicide among her struggles.

In 2020, she raised concerns among her fans after posting an Instagram live of her seemingly being groped by her 67-year-old music producer and photographer Steven Wetherbee while she was incoherent and now she has spoken out for the first time about the incident.

In a heart wrenching monologue, which has been watched more than 2.2 million times, Lia says that Wetherbee took her to a studio alone one day and encouraged her to drink despite her being ‘early and fragile’ on a path to sobriety. 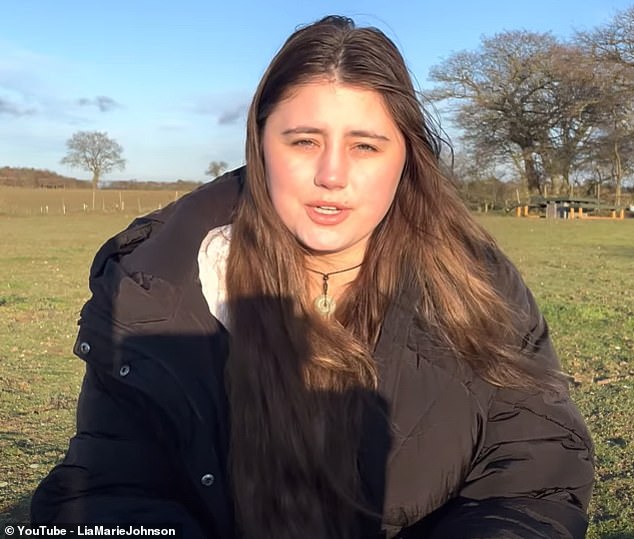 Actress and singer Lia Marie Johnson, now aged 26, speaks candidly in a 10-minute-long video titled This Is My Story about the dark side of fame 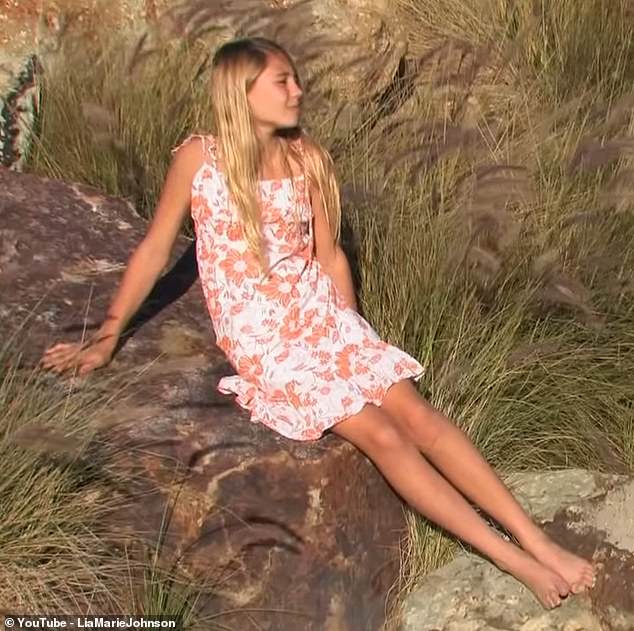 Recalling the chain of events, she said: ‘My producer at the time took me to the studio one day all alone he knew I was early and fragile in my sobriety but he encouraged me to drink and I did to the point of intoxication… Then tried to take advantage of me.

‘He kissed me without permission and I couldn’t get out of the situation and I was scared something else would happen if I didn’t reach out for help so I did an Instagram live and he was caught [on camera].’

Thousands of people who watched Lia’s Instagram live tried to guess who the man was in the video but two former associates of Wetherbee identified him to Insider.com as the culprit.

After the clip went online the music producer deactivated all of his social media accounts and it was reported that Lia never saw him again, despite having a working relationship with him since the age of 12.

DailyMail.com has reached out Wetherbee for a comment on the matter but is awaiting a response.

While Lia said she put the clip online in a bid to get help, she said it caused ‘further damage’ to what people thought of her. At the time, her reputation was already in shreds because of a destructive relationship with alcohol and drugs. 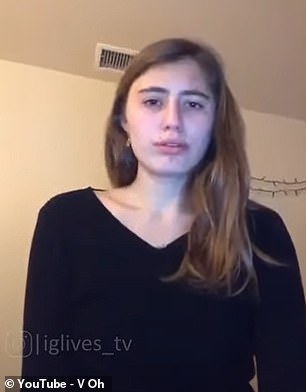 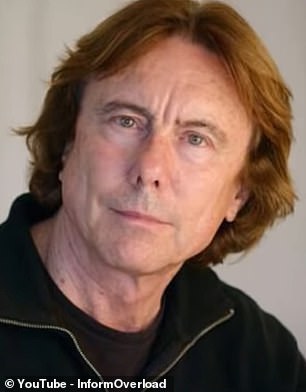 LEFT: Lia in an Instagram live clip while she was drunk and high. RIGHT: Producer and photographer Steven Wetherbee who Lia says tried to take advantage of her 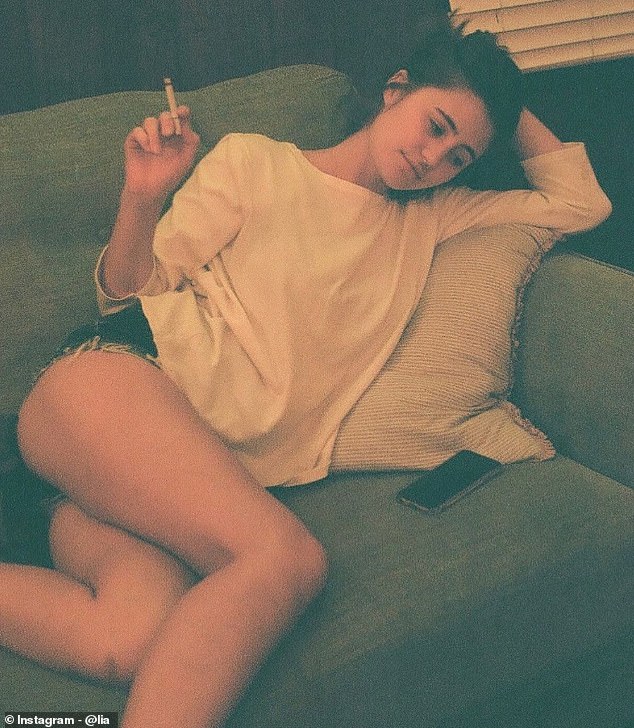 Lia says unfortunately she embraced the rock n’ roll image, and she would drink until she blacked out and smoke weed ‘past my boundaries’

Rewinding to the start, the performer who rose to fame at 14 for appearing in the popular web series Kids React, said her issues began when she moved to Los Angeles at 17.

She explains: ‘When I was 17 I moved to Los Angeles alone to pursue my career I worked hard and focused on my passions but I was living in a whole other world when the sun went down. I was drinking, using drugs and partying almost every night.

‘My lifestyle became more dangerous as the years passed I was truly on a collision course.’

Lia goes on to talk about an abusive relationship she was in, where her boyfriend at the time – who she has not named – ‘put his hands on me and strangled me’.

But because she was so young, the actress said she didn’t know what to do and never spoke out about it.

The singer explains that her experiences left her in an incredibly dark place, revealing that she tried to take her own life when she was just 18.

‘Then when I was 18 I had my first suicide attempt,’ she said. ‘I was taken to the hospital and then I went back home to San Diego. I got back on my feet after some months of group therapy with other kids who felt the same as me.’

After spending some time recovering at home, Lia returned to Los Angeles to take a part in a YouTube series and she went on to get signed with Capital Records – the same music label that represents the likes of Katy Perry and Paul McCartney. 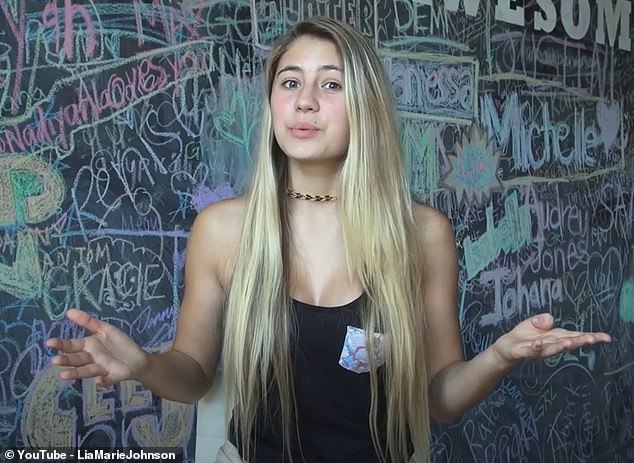 Lia says behind the scenes she was ‘drinking, using drugs and partying almost every night’

Lia says unfortunately she embraced the rock n’ roll image, and she would drink until she blacked out and smoke weed ‘past my boundaries’.

She said while her career was moving in the right direction with the release of her first major single DNA – which touches on alcoholism and domestic violence – she felt like she was ‘losing control’ behind the scenes.

Then things went from bad to worse, when Lia was involved in a bad car accident at the age of 20. While she said the incident should have been a trigger for her to change her ways, she ‘still didn’t get the message’ and things gradually spiraled out of control.

She recalls: ‘After that I started to feel strange mentally and would feel very depressed and have so much anxiety. I don’t know if the car accident trauma correlates with how I was feeling but it was immediately after that, that life started to change drastically.’

While Lia tried to focus on her music and acting career, the deterioration of her mental health ended up being ‘too much’ and she kept ending up in and out of hospitals.

The singer explains: ‘The worse part, was spending time inside psychiatric wards due to falling into drug-induced psychosis.’

When she was 21 and out of rehab, Lia decided to move to Ocean Beach in San Diego in a bid to find some peace ‘by the sea’ but instead she ended up in another abusive relationship.

She said her boyfriend at the time would physically abuse her until she had ‘bruises around my neck from strangulation and bruises on my body’.

She continues: ‘He took advantage of the money I had made… verbally he would take his anger out on me and mentally and psychologically I was driven into what felt like insanity.’

While Lia called the police about her situation several times, she said she didn’t want to press charges because she was ‘too afraid of him’.

During this tumultuous time, Lia received a call from Capitol Records and they told her she had been dropped as an artist. 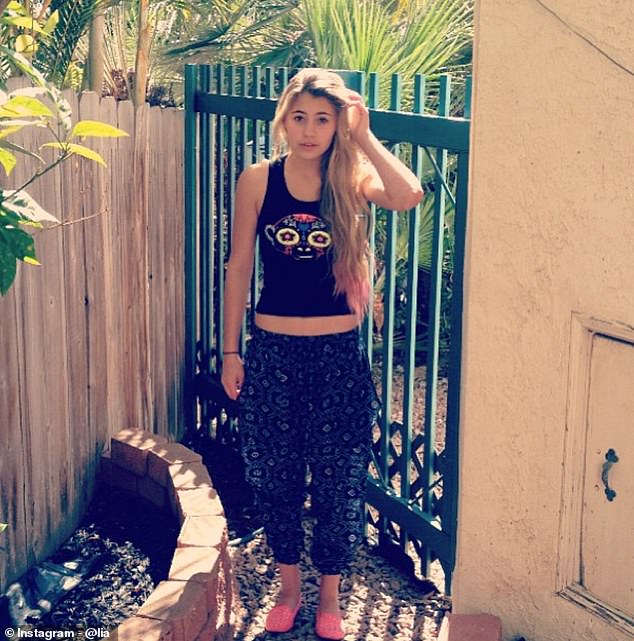 While Lia tried to focus on her music and acting career, the deterioration of her mental health ended up being ‘too much’ and she kept ending up in and out of hospitals 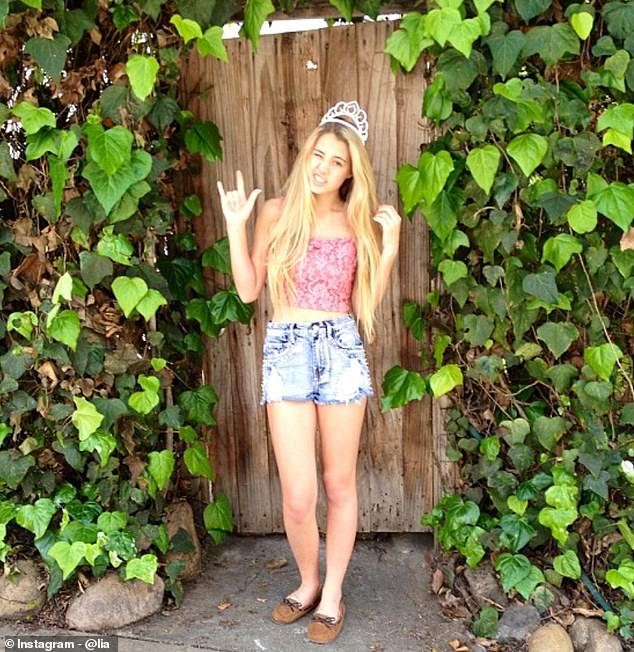 For a short while, Lia found herself ‘living like a nomad… with minimal funds’ and she would move between hotels and Airbnbs

In 2019, Lia said her life fell ‘off the deep end’ and when she was alone, ‘which was quite a lot’, she started making Instagram lives. She would make the clips when she was drunk and high, which spread concern among her fan base.

She muses: ‘How I acted was the downfall of all I had worked for in my life. All it was was a cry for help.

‘There was pain and loneliness in my life that not even drugs could fix… everything was a mess.’

During this time Lia ended up in jail twice for disorderly behavior and describes her stints behind bars as ‘awful experiences’.

For a short while, Lia found herself ‘living like a nomad… with minimal funds’ and she would move between hotels and Airbnbs.

In January 2020 she met a man who ‘changed my life forever’ but sadly they were both using drugs heavily and he ended up committing suicide seven months later.

Reflecting on that point in her life, the singer says: ‘Losing him was one of the hardest realities I’ve ever had to face. When he passed I blacked out for a few days.’

In an effort to get clean, Lia checked into a couple of rehab facilities but she was kicked out in both instances for her reckless behavior.

However, she reveals that her friend Charlotte was eventually the one who helped save her. Lia went to live with Charlotte’s family and from there, she went about trying to get sober.

While she relapsed several times, she was never judged and was given the necessary support to clean up her act.

Touching on what pulled her back from the brink of death, Lia says: ‘I tried almost every single drug you can think of and lost everything I had.

‘I’ve been to jail, psych wards and rehabs, I’ve slept on the street and now I can tell you, the one thing that saved me was love.’ 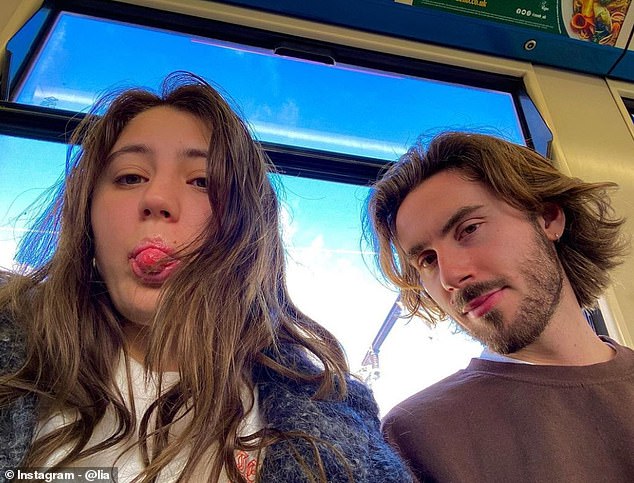 Moving on to a new chapter, Lia says she has met ‘someone special… his name is Charlie and I am happily in love’ 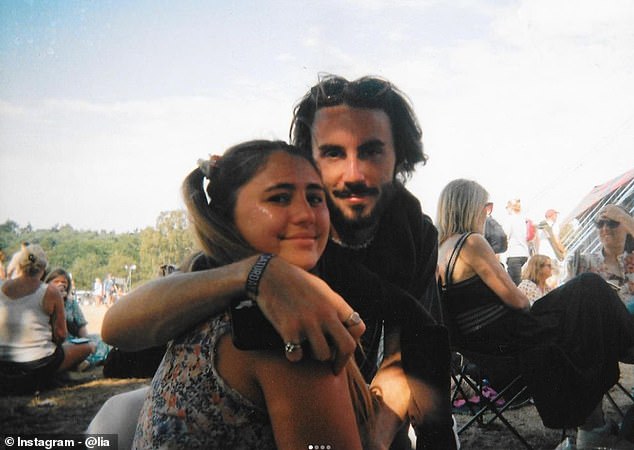 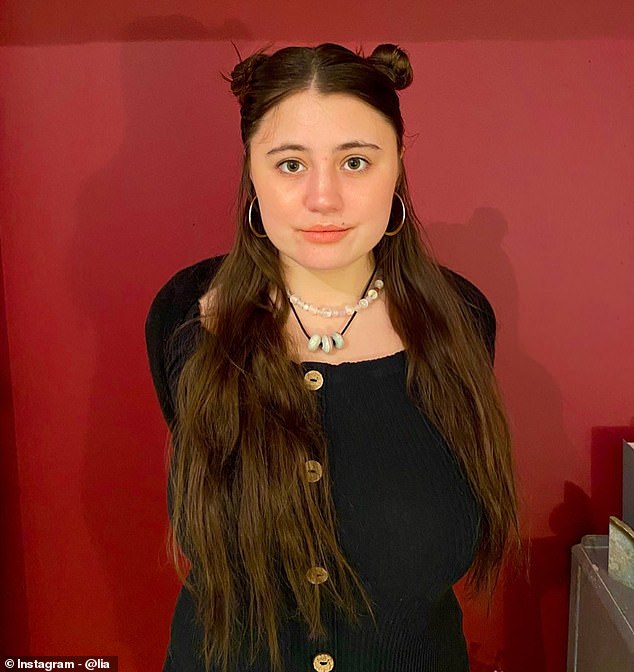 Now back on track, Lia has released a new single called Smoking Gun

Lia reassures viewers that the reason she decided to share her story is that there is hope and this is ‘not the end but the beginning of something beautiful’.

She concludes: ‘I met someone special. His name is Charlie and I am happily in love.

‘We decided to move to England to a quaint town with lots of land. I paint a lot, I make music, I write and I am sober.

‘So far it’s 10 months and I hope to get a year. I’ve never felt so free. Life is a journey filled with dreams and mystery. I’m so happy to be alive today to tell you my story.

‘If you aren’t happy where you are don’t be afraid to ask for help and change directions.

‘I know that hurt people hurt people and I am sorry if I hurt anyone on this journey it was never my intention. I’m so grateful for my friends and family who have helped me throughout the years. To my fans I wand to say thank you for taking the time to listen.’

Now back on track, Lia has released a new single called Smoking Gun, which was released on January 6. Announcing the release on Instagram, she said of the song: ‘This means so much to me. I wrote the piano and felt deeply that I needed to write something from my soul. The lyrics came naturally and so did the melody, I’m so grateful to have had that experience.’

If you enjoyed reading this story…

DR MAX PEMBERTON: How to stop the tragic rise of eating disorders

Hold it right there: can deep breathing really change your life? The benefits of controlled breathwork have been known for millennia – so Steve Boggan checks out whether it’s a cool trend or hot air

Our relationships counsellor answers your problems: He is poisoning our daughter against us