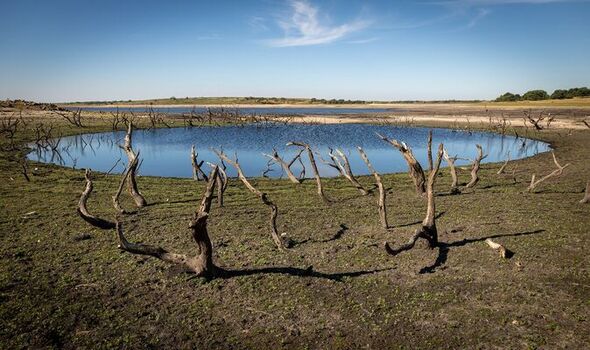 The planet is heading for “climate catastrophe”, with countries significantly behind in cutting global warming pollution, the UN has warned. UN Secretary General Antonio Guterres said countries are bracing for “economy-destroying levels of global heating”.

Temperatures in the UK this summer passed 104F (40C) for the first time. Train lines buckled and other infrastructure broke down.

Current climate policies put the world on track for warming of 2.8C and plans countries have set out for action in the next decade would lead to long-term temperature rises of 2.4C to 2.6C.

Under the Paris climate treaty agreed in 2015, countries said they would take action to cut greenhouse gas emissions to limit global warming to well below 2C or 1.5C to avoid the worst impacts of climate change.

The world is already seeing increasing floods, storms, heatwaves and wildfires as a result of climate change.

To get on track for limiting warming to 1.5C, and avoid the most dangerous climate extremes, annual emissions must be reduced by 45 percent in just eight years – and decline rapidly after that, the UNEP report said.

Countries meeting at the COP26 climate summit in Glasgow last year pledged to strengthen their national climate plans to keep the goal of limiting global temperature rises to 1.5C alive.

But the UNEP report said the new and updated climate plans would reduce projected greenhouse gas emissions in 2030 by only 0.5 billion tonnes, or less than one percent of the total 58 billion tonnes of emissions expected.

The Daily Express has called for everyone to do their bit for the planet through our Green Britain Needs You campaign.

Prof Euan Nisbet, professor of Earth Sciences at Royal Holloway University of London, said a great deal has been achieved, but “we are still very, very far from the hopes of the Paris Agreement”.