The federal government is bankrolling a landmark court case to shine a light on trustee companies set up by Indigenous corporations which hide the flow of native title mining revenues to their members.

With about $20 billion of native title revenues collected across the country over the past two or more decades, the national Indigenous regulator will use the high-profile Rangelea Holdings as a test case to bring more transparency to the sector. 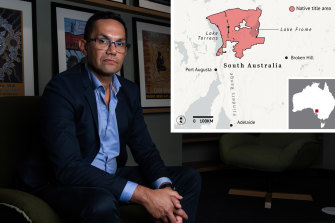 It is a case that will be watched closely by the mining industry and legal fraternity after years of opacity.

Rangelea was set up to manage mining income for South Australia’s Adnyamathanha native titleholders, who number about 3000 people.

But many of them say they have little or no idea where most of the money has gone.

Selwyn Button, who heads the Commonwealth’s Office of the Registrar of Indigenous Corporations, is backing the legal action to try to force Rangelea to explain how it has disbursed or invested that money.

“I am in constant disbelief that we have a trustee purporting to do what’s in the best interests of its beneficiaries yet flat out refuses to even talk with them. How can that possibly pass the pub test for a fiduciary?” he said.

Adnyamathanha elder Charlie Jackson said: “What have they [Rangelea] been doing with all that money? It’s been many years since we’ve been able to find out exactly what was happening to our royalties.

Insiders familiar with Rangelea’s accounts estimate it received $40 million over time from US-owned uranium miner Heathgate Resources and its affiliate, Qasar, which mine on Adnyamathanha traditional lands in and around the Flinders Ranges. In 2020 alone, $4 million was paid into the trust.

One of Mr McQuoid’s first actions was to ask the two mining companies to suspend royalty payments to Rangelea until the question of native titleholders’ right to access the financial records was settled.

Rangelea went to the SA Supreme Court to have that suspension overturned.

In a cross claim, Mr McQuoid is seeking a ruling that Rangelea must open its books to a court-ordered inspector.

The regulator has grown increasingly concerned about the phenomenon of native title monies being channelled through opaque trustees, where there is no transparency or clear external oversight of how monies are being used and distributed.

In his strongest comments to date, Mr Button said: “I’ve seen too many cases where a trustee is failing the beneficiaries, through incompetence or shallow care and diligence — and information is invariably in short supply.

“Conservative analysis of native title benefits estimates around $20 billion has flowed through a range of mining and other agreements. But there is no consistency in reporting on trust fund performance to traditional owners.”

He said the mining industry would be “keenly” watching the case unfold. “For decades, they have pledged to look after the traditional owners of the country whose land they so highly value. I’d like to see them not just pledge but action greater transparency,” he said.

“I also expect the legal representatives of prescribed bodies corporate and native title representative bodies who undertake the work to establish these trust arrangements will also be interested to see judgment passed on what’s reasonable and fair for traditional owners.”

The case moves to its next phase in the South Australian Supreme Court on Tuesday.

Rangelea’s solicitors did not respond before deadline to requests for comment.