Labor is being urged to shift its campaign tactics at the next election to win more voters in outer-suburban and regional electorates in order to seize a “once-in-a-generation opportunity” to hold federal power for the long term.

An internal review warns Prime Minister Anthony Albanese and his colleagues to learn the lessons of the last campaign to avoid repeating setbacks such as big swings against Labor in target seats, especially in Melbourne. 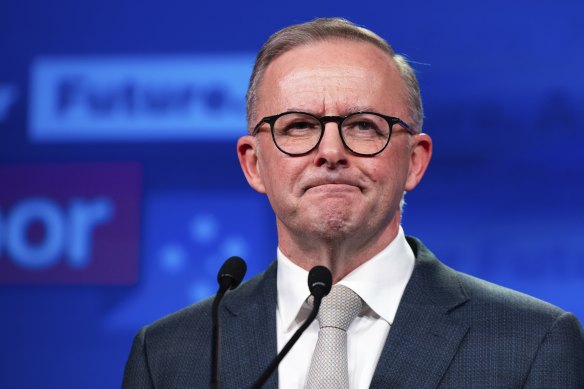 Anthony Albanese claimed victory in the May election, but a review found the party has work to do to maintain power.Credit:Alex Ellinghausen

The review, led by former cabinet minister Greg Combet, identifies Queensland as a key vulnerability because the state only has one Labor MP for every 660,000 people and the party must win seats from the Greens and the Coalition.

The review also rebukes the media for the conduct of press conferences with Albanese during the campaign, saying observers likened the events to a “feeding frenzy” and that the lesson was to lift the tone of debate in Australian politics.

“Labor has a once-in-a-generation opportunity to establish a long-term government and change Australia for the better,” the review says.

“Taking advantage of that opportunity starts with a candid assessment of the 2022 election result and the lessons it holds for the future.” 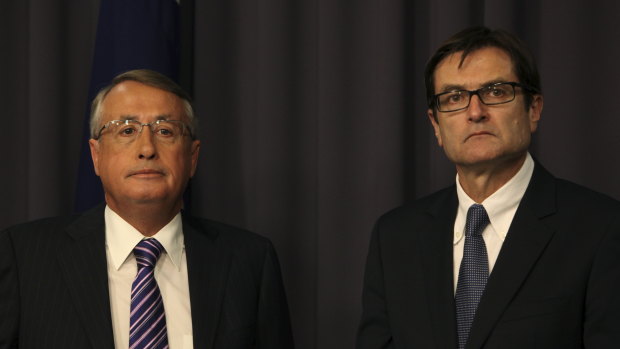 The review, released by party president Wayne Swan on Monday, calls for a “specific plan” to address voter dissatisfaction in parts of outer-suburban Melbourne and western Sydney.

But the document does not go into the shock loss of former Labor frontbencher Kristina Keneally against independent Dai Le in the seat of Fowler in western Sydney or explain why the party suffered big swings against it in several outer-suburban Melbourne seats.

“Some seats in Melbourne’s outer suburbs returned the lowest primary vote for Labor in the last 20 years,” it notes.

“In outer-suburban Melbourne it is vital that research is undertaken to thoroughly understand the causes of the large anti-Labor swings where they occurred, and that remediation strategies are developed and implemented.

“Labor cannot assume that these seats will not be vulnerable to well-resourced, locally focused campaigns by independents should Labor fail to heed the message of the significant swings experienced.”

The report calls for a stronger campaign in Queensland, where the Coalition held most of its ground, and the Greens defeated Labor frontbencher Terri Butler in Griffith and gained other seats Labor wanted to win.

“The challenge for Queensland is the availability of federal Labor representatives to carry out the campaign task across such a large and dispersed state,” it says.

“A better result in Queensland will be vital next time around, and following the 2022 federal election a range of seats are now within striking distance for Labor.”

The report also identifies the party’s “underperformance” in Tasmania, where Labor did not gain any seats, and emphasised the need to retain its gains in Western Australia, the source of several big wins in May.

The report concludes that former prime minister Scott Morrison was a drawback for the government at the last election, with the former government’s record on women becoming a driving factor for female and male voters.

The review calls for detailed work to “understand and mitigate the Greens threat in Brisbane” but also hints at a more challenging outlook for minor parties and independents without Morrison to campaign against.

It blames the low primary vote for Labor at the last election – just 32.6 per cent, down from 33.3 per cent at the 2019 election – on the general trend against the two major parties and “tactical voting” by Australians who chose third parties.

“Labor needs to call out the reckless policies and hollow rhetoric of third parties and communicate the risk of voting for a third party to voters in three-cornered contests,” it says.

“The threat of third parties needs to be identified early in a campaign if possible.

“Labor should actively contest the policy and political positions advocated by the Greens and dedicate resources for this purpose.”