Why Kylie Jenner did not attend VMAs 2021 with Travis Scott

Forget the rock show, Travis Barker fell in love with the girl at the VMAs.

The Blink-182 drummer and girlfriend Kourtney Kardashian embraced their punk side while making their red carpet debut at the 2021 VMAs at the Barclays Center on Sunday night.

Kardashian, 42, was all laced up in an Olivier Theyskens corset dress, accessorizing with a black Prada bag and Manolo Blahnik heels.

Her beau sported a similarly edgy style, going shirtless under a Thom Browne suit with spikes adorning the knees and shoulders.

Barker, 45, is set to perform at the VMAs with Machine Gun Kelly, who wore his own blinged-out look alongside a nearly-naked Megan Fox.

While it’s Kardashian and Barker’s first time hitting a red carpet together, the pair have made plenty of other memorable appearances together – and shared more than a few public smooches along the way.

Most recently, the PDA pros sat front row at a Dolce & Gabbana show in Venice and posted plenty of steamy snaps from their European getaway. 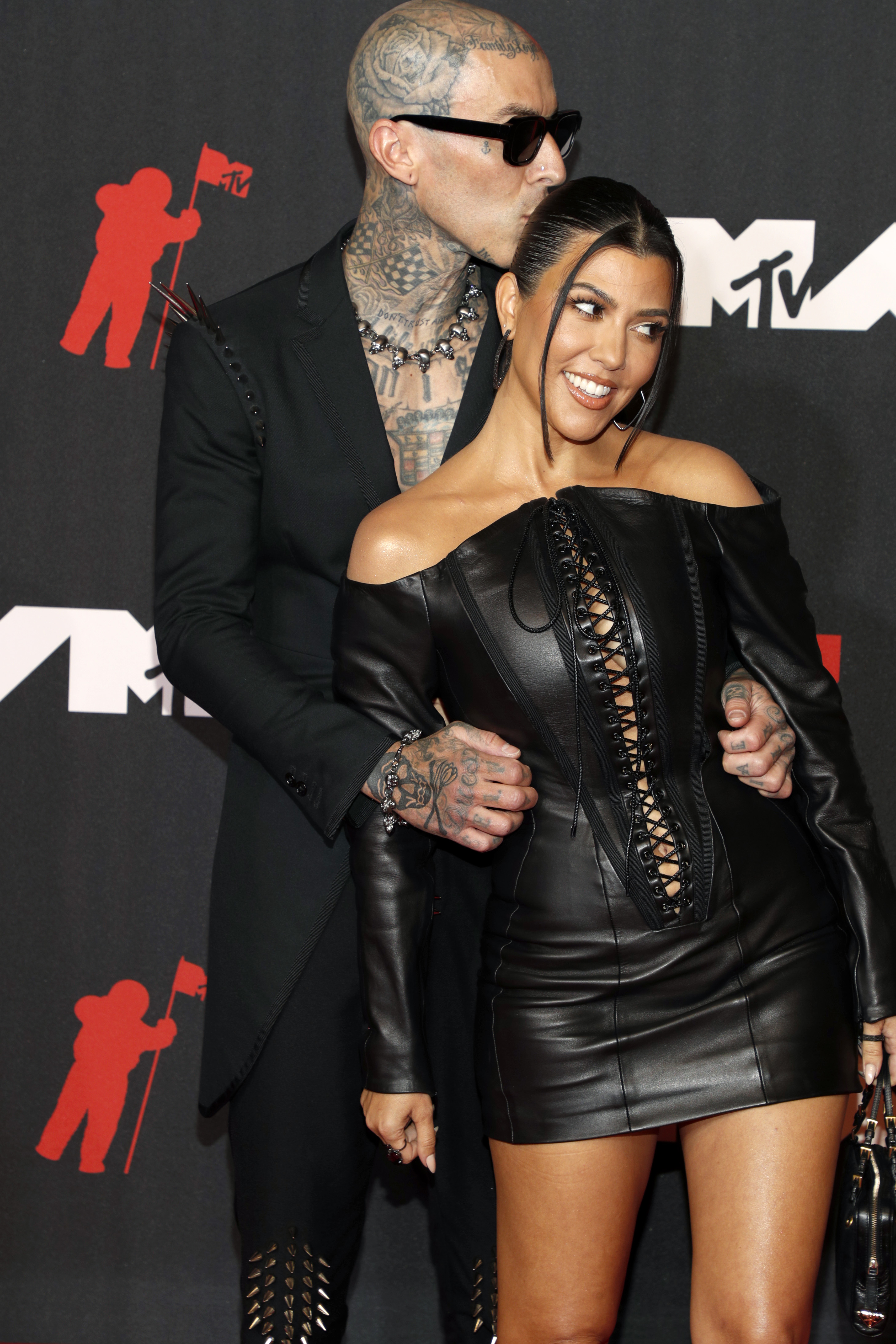 And while Kardashian may be loath to admit Barker’s influence on her style, she’s been sporting noticeably edgier styles since dating the rocker. She slipped into another all-black VMAs-inspired look earlier in the week, posting photos in the same Dolce & Gabbana dress Britney Spears wore to the 2001 VMAs.

It seems she’s hooked on laced-up looks too, as her VMA appearance comes shortly after she donned a red-hot Dolce & Gabbana corset in Italy last week.

It’s not the first time she’s tied on one of Theysken’s designs either, as she snapped a selfie in one of the designer’s sheer $2,195 corsets in January.