Ebro Darden, Apple Music’s Global Editorial Head of Hip-Hop and R&B, has been outspoken about the oppression of Black Americans, particularly though state violence. After the 2020 protests, he was justifiably incensed and sought to create ways to spark Black joy. So, he ideated a playlist that honored Black sonic contributions.

The result is Juneteenth: Freedom Songs, a mix of exclusive songs and covers, which is out today.

For the project, Darden worked with a number of beloved acts, like 16-time Grammy winner Kirk Franklin, H.E.R., Black Thought, Tobe Nwigwe and more, to honor Black resilience through song. The compilation is especially poignant now, given that on June 18, President Biden signed a law establishing Juneteenth as a federal holiday.

For this Essence exclusive, we sat down with Ebro Darden, Kirk Franklin and Tobe Nwigwe to discuss the new collection, the connectedness of spirituality and Black liberation and more. Read the conversation below.

ESSENCE: How did this project come together?

Ebro Darden: It came together after the passing of George Floyd and that trauma that we were all going through [after] watching another Black man get killed in the street. Corporations last summer were becoming more vocal about wanting to support and appreciate the contributions of Black people in society. It felt like there was finally some, you know, desire to say, ‘Hey, we see, we understand. And if we haven’t been paying attention, we want to do something.’ So there was some acknowledgement of Juneteenth last year.

I went to my team and said, ‘I want to come to this moment with some energy, new ideas and new music to commemorate this moment in history, because I think Juneteenth and the understanding of Black pain, the…appreciation of what we’ve been through in this country is growing more than I’ve ever seen.’ 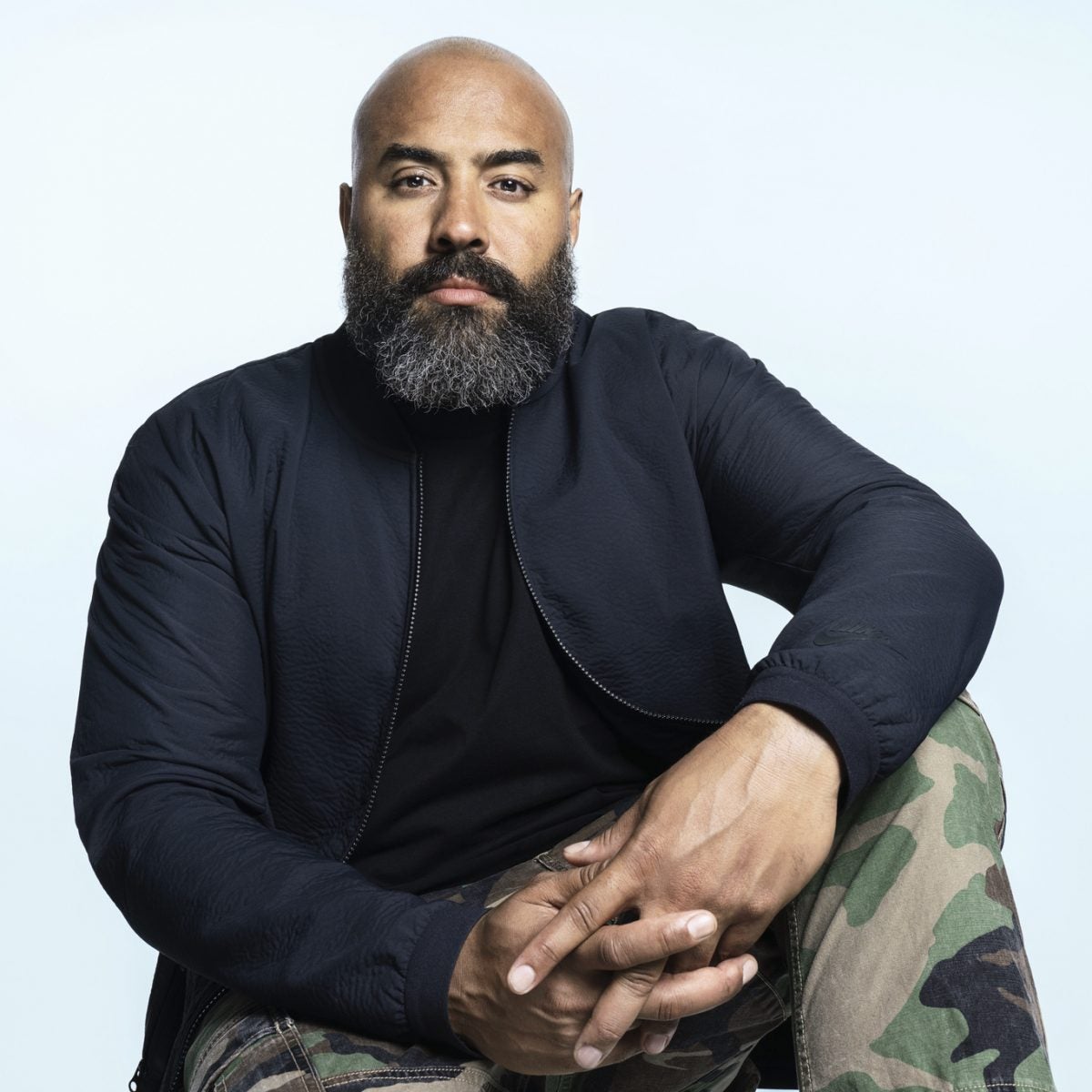 ESSENCE: Tobe and Kirk, you guys are both natives of Texas, which the root of Juneteenth. So I wanted to know about your personal connection that you all have to holiday.

Kirk Franklin: Well, I’m very honored to be celebrating this with another fellow Texan, Tobe. I was informed as a kid about Juneteenth. We understood what it was, but there was not a social construct that allowed the community outside of men and women from the diaspora that had an intellectual engagement. So it wasn’t something that was discussed much at school. It was softly touched upon, but it was mainly the elders of the villages that shared with us that narrative—in the Black churches, in the hood barber shops in the local communities.

Tobe Nwigwe: I wasn’t informed early on because I’m first-generation Nigerian-American. So both of my parents didn’t really know.

When I got the information about Juneteenth, it was from was just some of my, some of my peers. All the way through college, I ain’t hear nothing about Juneteenth. But then, I worked closely with my sister, Nell. She could give you all the literature of all of the great Black writers. She could give you all the events, all that type of stuff. So Nell, and just a couple other homies, really put me on the information. And then like, I’ve been tapped into just the plight of my people here and abroad with what I’m doing. So it was nothing to express it.

Ebro Darden: I would like to add to what Tobe just articulated. This is also why we reached out to some artists from Africa to be a part of this project. It’s important for all of us to have that bond and that communication, right? So when we see our brothers and sisters going through something in another country, we should see ourselves. And when they see us going through something, they should see themselves. And when we can grow that connection, it makes us that much more powerful.

ESSENCE: That actually ties into my next question, which is about the reconciliation between Black faith and liberation. I feel like a lot of times when you try to have conversation about Black freedom, especially in a [certain conservative] religious circle, it’s like, ‘Oh, no, we don’t want to talk about that. You know, we just preach a very skewed view of unity.’ But when you consider people like Martin Luther King Jr., a Baptist minister who’s cornerstone was racial equality, you realize that you cannot separate the two. So I wanted to know from everyone here about how you blend faith and freedom in your own work.

Kirk Franklin: Oh, listen, I am not afraid to talk about that at all. I’m very excited as an American Christian, to be able to, to be able to have the bigger conversation about how Europe did not influence Africa when it came to Christianity, but how Africa actually influenced Europe. There were Christians in North Africa before Constantine and they were the architects of expository Christianity preaching.

But what we have to understand is that the weaponization of Western Christianity and the teachings of Jesus Christ are not synonymous. So that’s why we must also be able to have conversation spiritually, but we can have the conversation academically and historically, while still holding true to the fact that there’s validity in expressing Judeo-Christian beliefs from Black and brown people.

Tobe Nwigwe: You said something about reconciliation. I’m a firm believer that there could be no real reconciliation without first recognizing what it is that they did. [Without] reparations, I feel like there’s absolutely nothing to talk about…With a moment like this in history, it’s important for us to take the momentum that was provided by us, provided to us of the pain, the loss, the suffering and the abuse that not only our ancestors went through, but even the Black liberation movement went through. Even today in the last few years that we’ve seen our young brothers and sisters killed in the street at the hands of police. 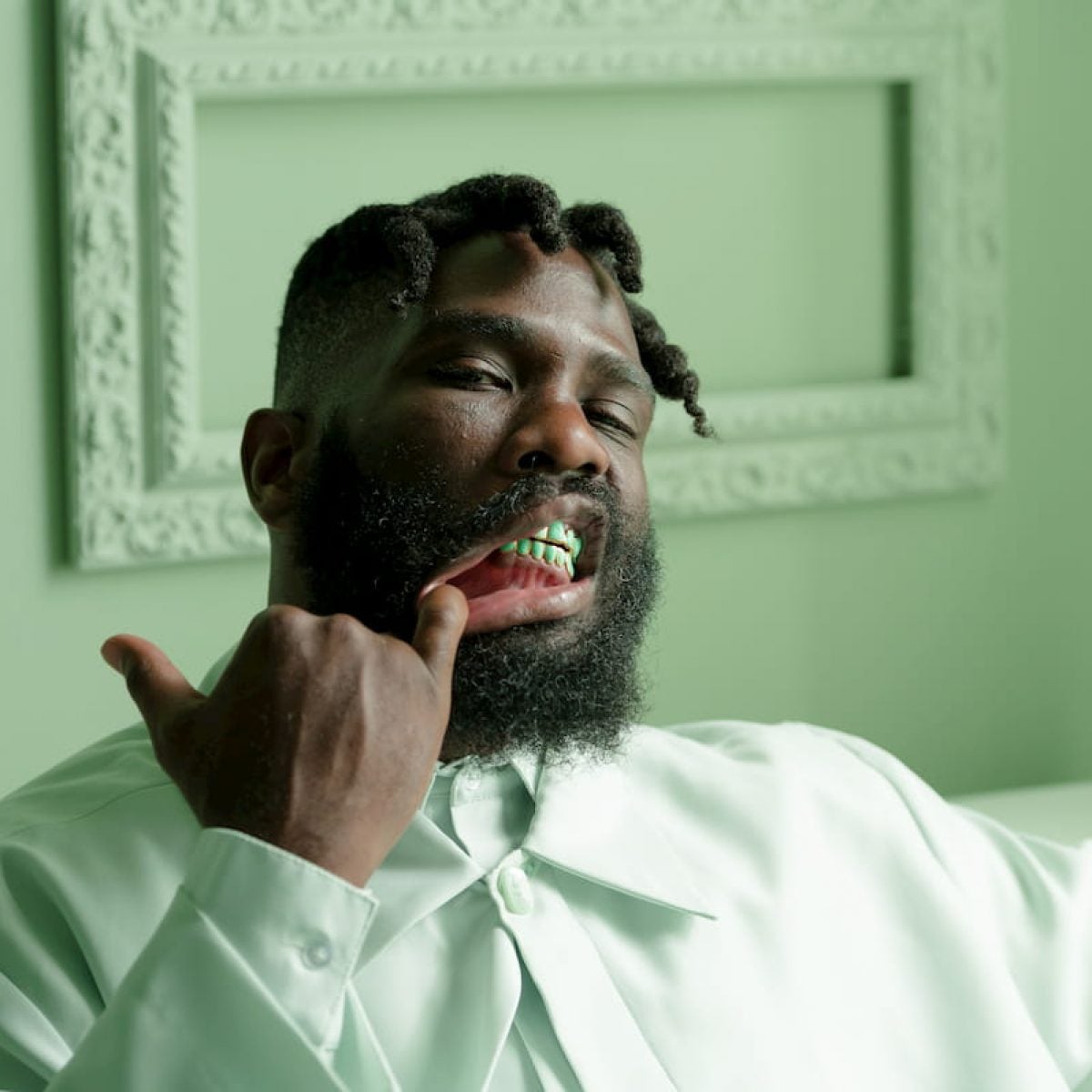 Ebro Darden: On a global scale, the hesitation in addressing this is because once America [does], [we] also have to address..all of Europe has financially benefited off the continent of Africa and free slave labor. And that’s before you even get to the minerals that are still being taken in the soil still today.

ESSENCE: Tobe, I wanted to direct this next question to you. So often in the Black community, music is a healing point. When you think about the spirituals that we sang when we were enslaved and the music that accompanied the civil rights movement, you see it’s how we cope. It is our voice. You know, people might not be willing to hear us speak about about freedom but they’ll listen to our music. So can you talk about your contribution to this project, and just your overall discography, being about healing?

Tobe Nwigwe: Well, I feel like music is the most influential tool in the world. The healing that I want my music to bring is specifically toward people who have the same background as me, who come from where I come from—low-income, impoverished situations, some of them are first generation. I want people who really didn’t have nobody to give them game to help change their perspective and showing them the bigger picture of life. I want them to be able to hear the music and the message and be able to pivot their perspective. That’s all it is.

Kirk Franklin: That’s a good way to say that. What makes this, this project so dope is that an artist like Tobe [has] to be at the forefront of the discussion of change. His music and who he is as an individual [helps create] this avant-garde experience that we’re seeing people have the freedom to do.

That’s what I celebrate what Ebro has curated. And I celebrate him for picking fresh, futuristic moments of Black music. I want that to be celebrated and to be pushed because that’s what a triple OG like me has to [do]. I’ve got to be able to shine the light to go, ‘Yo, look how ill we are.’ It’s like, ‘That’s us.’ And I think that culture forgets that’s us.

Ebro Darden: [It’s also] Black music month. So as we build this thing out year after year, we’re starting to explore. I’m trying to bring this story back to us.

ESSENCE: Black people’s contributions to music as a whole, over the past 100 years alone, I mean, it is really a wealth. The fact that people like Little Richard and Tina Turner were creating rock music, only to be stripped away from it—there are no words. So it’s really cool to watch this come together as, as an educational project, as well, to give people more in touch with the roots of popular music. So my last question is for you, Ebro, is what do you want people to walk away with when they’re done listening to this?

Ebro Darden: Joy, reinvigoration. Feeling refreshed, connected and powerful, like, ‘We did something, you know what I mean? I just wanted us to, you know, put a “W” in the column. Hopefully, what we can do on every year on Juneteenth is, you know, is like a potluck of music. Everybody brings something to the table. It’s like a virtual cookout of music. Everybody bringing a plate and they get to go home with something and share something with their family and friends.

This interview has been edited and condensed for clarity.

What is Carmelo Anthony's net worth?