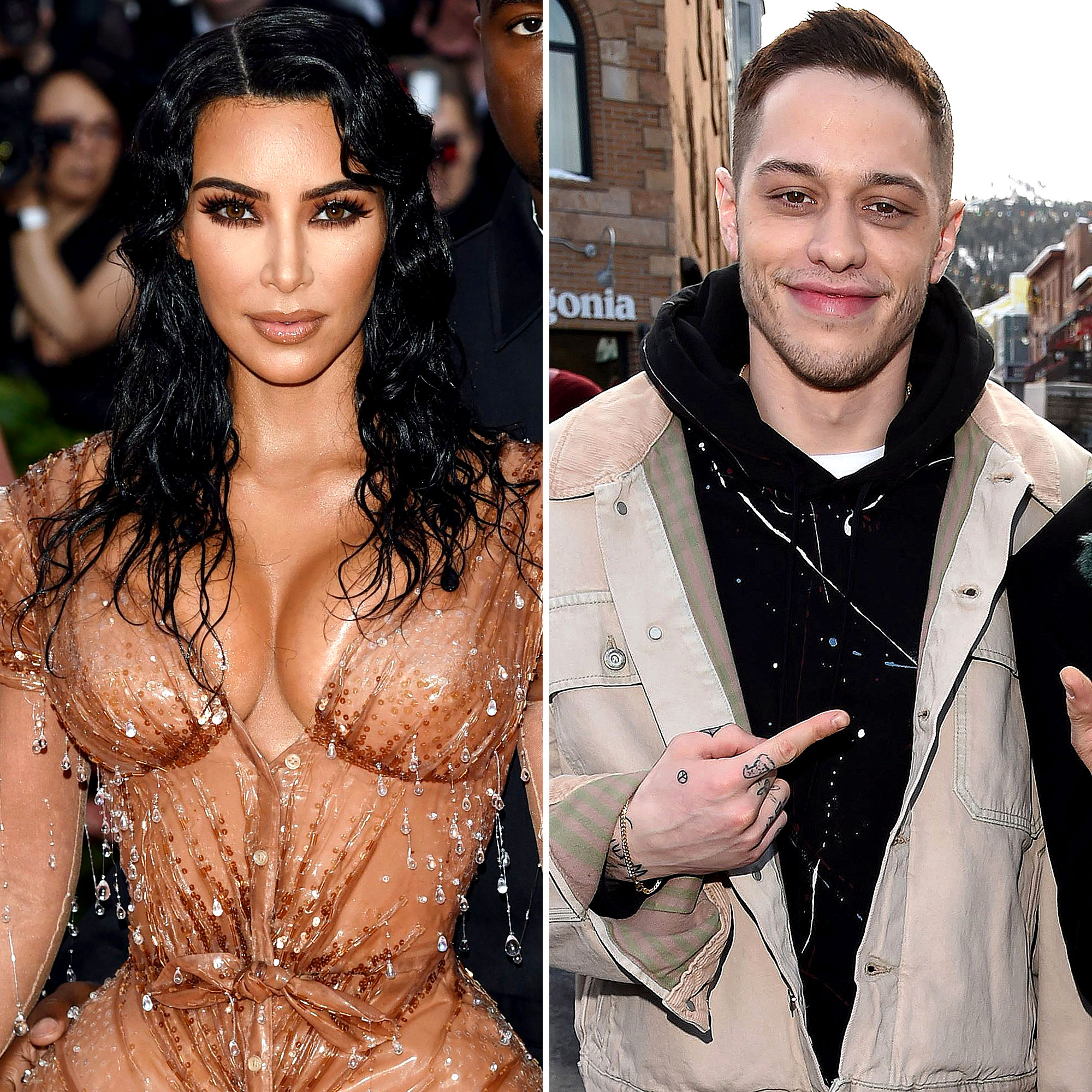 Dinner and a sweet treat! After returning from their tropical vacation, Kim Kardashian and Pete Davidson were spotted on a cozy date in Los Angeles.

Kim Kardashian and Pete Davidson’s Romance: Everything We Know

A source exclusively tells Us Weekly that Kardashian, 41, and Davidson, 38, had “an intimate date” at Jon & Vinny’s on Tuesday, January 11. The insider notes that the pair were “close together” the entire night as they enjoyed spending time with “just the two of them.”

The reality star’s outing with the comedian was later followed up by a trip to get ice cream, according to TMZ. The outlet also obtained a photo of the pair eating slices of pizza during their private dinner.

Kardashian and Davidson’s Italian date comes after they took a short trip to the Bahamas earlier this month. The KKW Beauty CEO and the Saturday Night Live star were photographed having fun as they jetted off to their getaway on January 3 and returned home two days later.

The twosome originally sparked romance rumors when they started spending time together after the beauty mogul’s October 2021 appearance on SNL. During her hosting debut, Kardashian and Davidson shared a kiss for an Aladdin-themed bit.

Later that month, the duo continued to grow closer as Kardashian traveled to New York City to see Davidson. Following Davidson’s birthday in Palm Springs, the couple were photographed holding hands. At the time, another source told Us that the California native was “getting serious” about the Meet Cute actor.

“Things have definitely escalated quickly but in a healthy, fun way,” the insider shared in December 2021. “Right now, they are just enjoying their time together and seeing where things go.”

The businesswoman made headlines that same month when she filed paperwork to become legally single amid her divorce from ex Kanye West.

“The parties’ marriage has irremediably broken down. [Kardashian] no longer desires to be married to [West],” the December 2021 court docs read. “There is no question that the marriage of the parties is no longer viable. [Kardashian] has no desire to reconcile with [West] and wants their marriage terminated. Irreconcilable differences have led to the irremediable breakdown of the marriage, and there is no possibility of saving the marriage through counseling or other means.”

Kardashian, who also requested to restore her last name, filed for divorce in February 2021 after nearly seven years of marriage. West, 44, who shares daughters North, 8, and Chicago, 3, and sons Saint, 6, and Psalm, 2, with the TV personality has since made attempts to win his estranged wife back.

Despite his public pleas, West has recently been spotted with model Julia Fox. Earlier this month, Fox, 31, explained to The Cut that while their relationship is moving “so quickly,” she isn’t worried about their intense connection, noting, “I’m going with the universe and the flow and seeing where it takes me.”