The former “Real Housewives of Orange County” star, 45, takes aim at her former co-star in the premiere episode of her new podcast, “Rick & Kelly Unmasked,” on Patreon.

Dodd claims in an exclusive sneak peek that Dubrow, 52, left “RHOC” in 2017 because she had too much “ego” after being demoted.

“She got demoted, and her ego got to her,” the reality star tells her podcast co-host and husband, Rick Leventhal. “She says that she quits because of the climate that was surrounding [the show]. … Well, that’s not true.”

Dodd then reiterates, “She got demoted. She didn’t like it. Her ego got the best of her. So, did she quit herself? Yeah, but she got demoted to a friend role.”

Dubrow joined the cast of “RHOC” as a full-time “Housewife” in Season 7 and appeared until Season 11.

At the time of her departure, Dubrow — who is married to plastic surgeon Terry Dubrow — said, “I have decided to go in another direction and do what’s best for my family and career. Should I change my mind, I thank Andy Cohen, Evolution and Bravo for telling me that the door is always open.”

More recently, Heather told E! of her departure, “When I left the show, I felt like the culture of the show was changing and it wasn’t really in line with who I am or something that I felt comfortable in.”

Dodd, however, denies this was the case.

Heather was recently invited back for Season 16 — after it was announced that Dodd would not be returning. Braunwyn Windham-Burke or Elizabeth Lyn Vargas have also exited.

Although Dodd and Heather won’t be sharing any screen time together anytime soon, that has not stopped the reality stars from sparring off-camera. 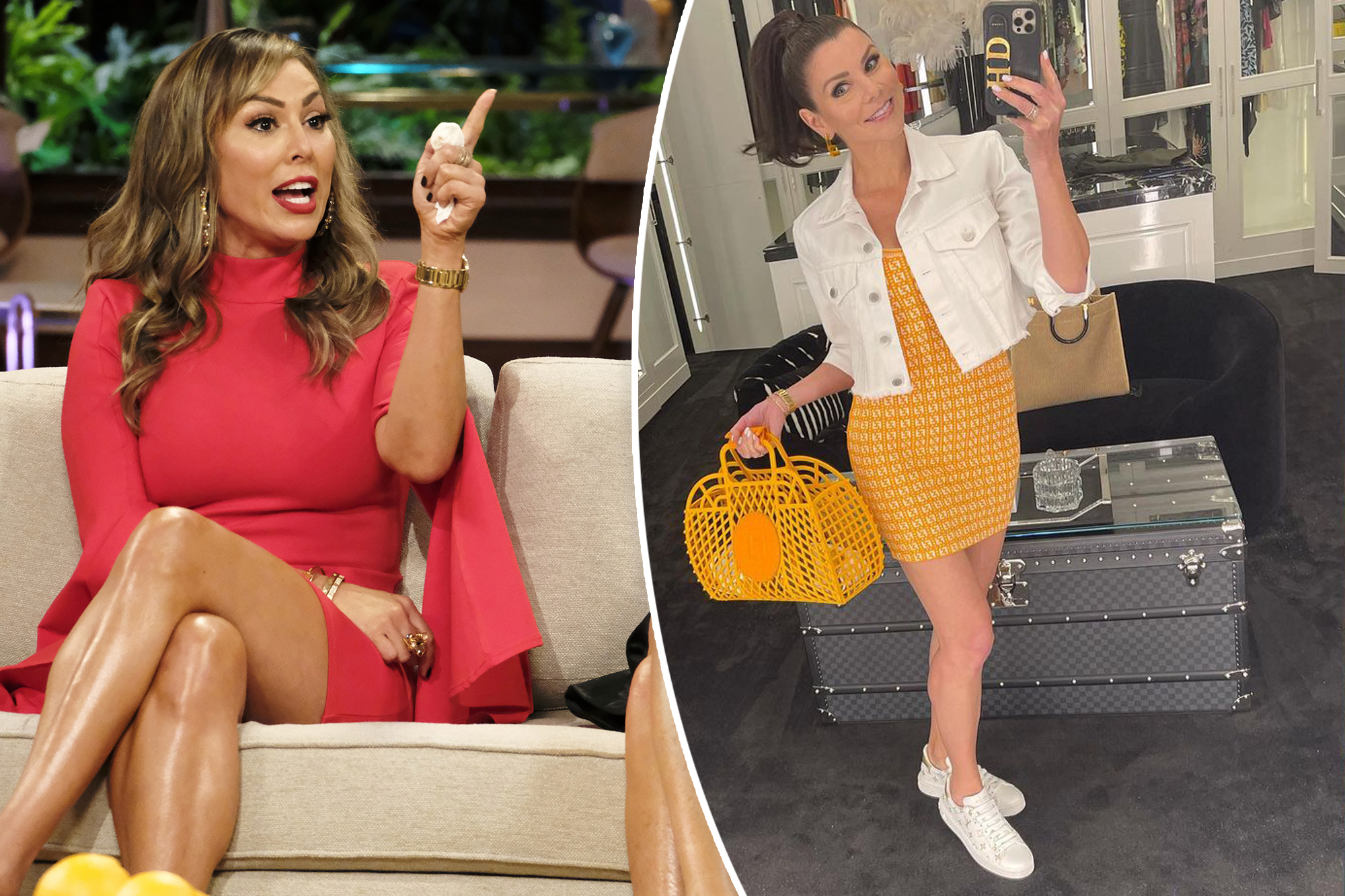 In July, Dodd revealed on Instagram that Heather had sent her a letter from her attorney after the podcaster said Heather’s 16-year-old son infected her with the coronavirus.

Dodd said in the video, “I got this letter from an attorney for the Dubrow family reminding me I made a statement that may sound like truth, when in fact it was a joke and for that, I am offering my sincere apology.”

Page Six was provided with a second clip from “Rick & Kelly Unmasked” in which Dodd further responds to all of the back-and-forth between her and Heather.

“To Heather? Go f–k yourself,” Dodd responds. “Go sue me. Sue me. Lawyer up. Lawyer up. Clean out my bank account — let’s see how that works out for you.”

Leventhal, who left his job at Fox News in June after more than 20 years, then says, “It’s a good thing that we don’t have to censor ourselves on this show — say whatever the f–k we want. Can’t we? F–king a–holes.”

In one final jab at her former co-star, Dodd concludes, “Pretentious b–h.”

Leventhal told Page Six that “Rick & Kelly Unmasked” will premiere in full Wednesday on Pateron due “to the high interest from our followers and the podcasts’ controversial and newsworthy content. We think it’s too good to hold any longer.”

A rep for Heather and Bravo did not immediately return our requests for comment.