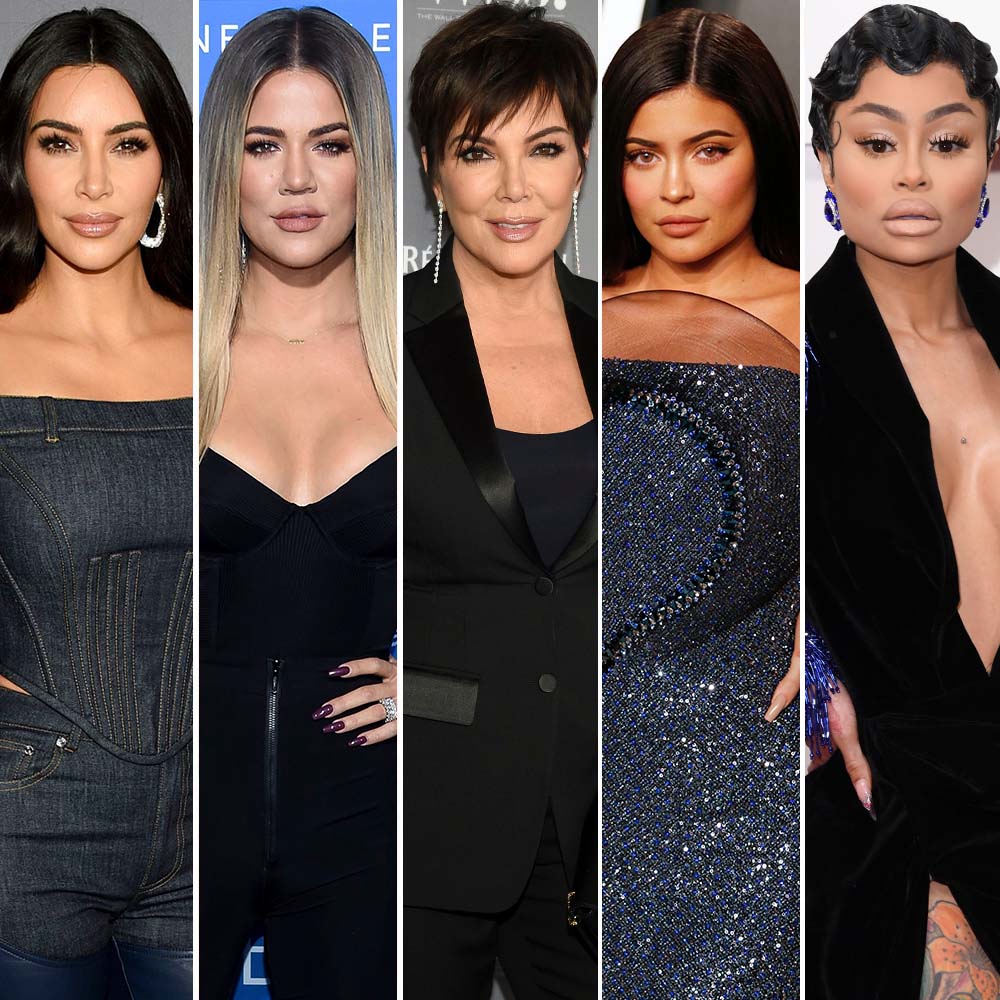 Family first! The Kardashians showed a united front on day one of the jury selection in Blac Chyna’s defamation case against the group.

Everything to Know About Blac Chyna’s Lawsuit Against the Kardashians

Kim Kardashian and Khloé Kardashian sat beside mom Kris Jenner and sister Kylie Jenner at a Los Angeles courthouse on Monday, April 18, as potential jurors were questioned before being put on the panel for the upcoming trial.

The 33-year-old model was also in attendance as her lawsuit against the former Keeping Up With the Kardashians stars got underway. Rob Kardashian, who split from Chyna in 2017, was not at Monday’s proceedings. The exes share 5-year-old daughter Dream.

The lawsuit, which was initially filed in 2017, is pegged to the women’s alleged interference with Chyna and Rob’s reality series, Rob & Chyna, which was put on hold that year and never revisited.

“Chyna is beyond thrilled that she will have her day in court,” Ciani previously stated, claiming that her client’s career on reality TV was “permanently damaged” as a result of the Kardashian-Jenner family.

The Kardashians filed a motion to dismiss the lawsuit, but a judge denied the request in October 2020 based on “substantial evidence” submitted by Chyna of unaired footage she claimed was supposed to be used on season 2 of the show.

The “Cash Only” rapper doubled down on her claims against her ex-fiancé’s family earlier this month, tweeting about her plans to hold them responsible for the cancellation of Rob & Chyna.

Rob Kardashian and Blac Chyna: A Timeline of Their Relationship

“When they got my #1 hit show killed back in January 2017, that not only hurt me financially and emotionally, that hurt my beautiful KIDS,” she wrote via social media on April 2. “I’m taking them to court to stand up for my legal rights and to be an example to my kids that ‘what’s right is right, what’s wrong is wrong.’ And what they did was so wrong.”

Chyna noted that she is “so thankful that a jury will finally listen to what really happened behind closed doors — the lies that were told and the damage that was done.”

She concluded: “At the end of the trial, I’m going to be able to proudly tell King and Dream that I did everything I could to right the wrong that was done to me. And that, in life, it is my hope that they will be able to stand up for themselves when it matters too.”

Scott Morrison needs the ‘cavemen’ of WA to move past COVID