Julia Fox’s ‘bralaclava’ is a sight to behold

Julia Fox is getting scissor-happy again.

The queen of DIY fashion took to TikTok yesterday to show off another one of her style creations, giving her followers a lesson in how to make an outfit out of a beach towel.

“I’m going to give you guys some end-of-the-world fashion inspo today,” Fox said to the camera.

Wearing sunglasses indoors and an airbrushed white tee with a girl’s face on it that said “Harmony,” the “Uncut Gems” muse — who appeared to be in a design studio with clothes strewn on the floor — grabbed a pair of scissors and got to work.

“It’s no secret that towels have made their way onto the runway, so today we’re going to cut up this towel and make it a dress,” she narrated, showing off a tropical blue floral print towel that read “Hawaii.” 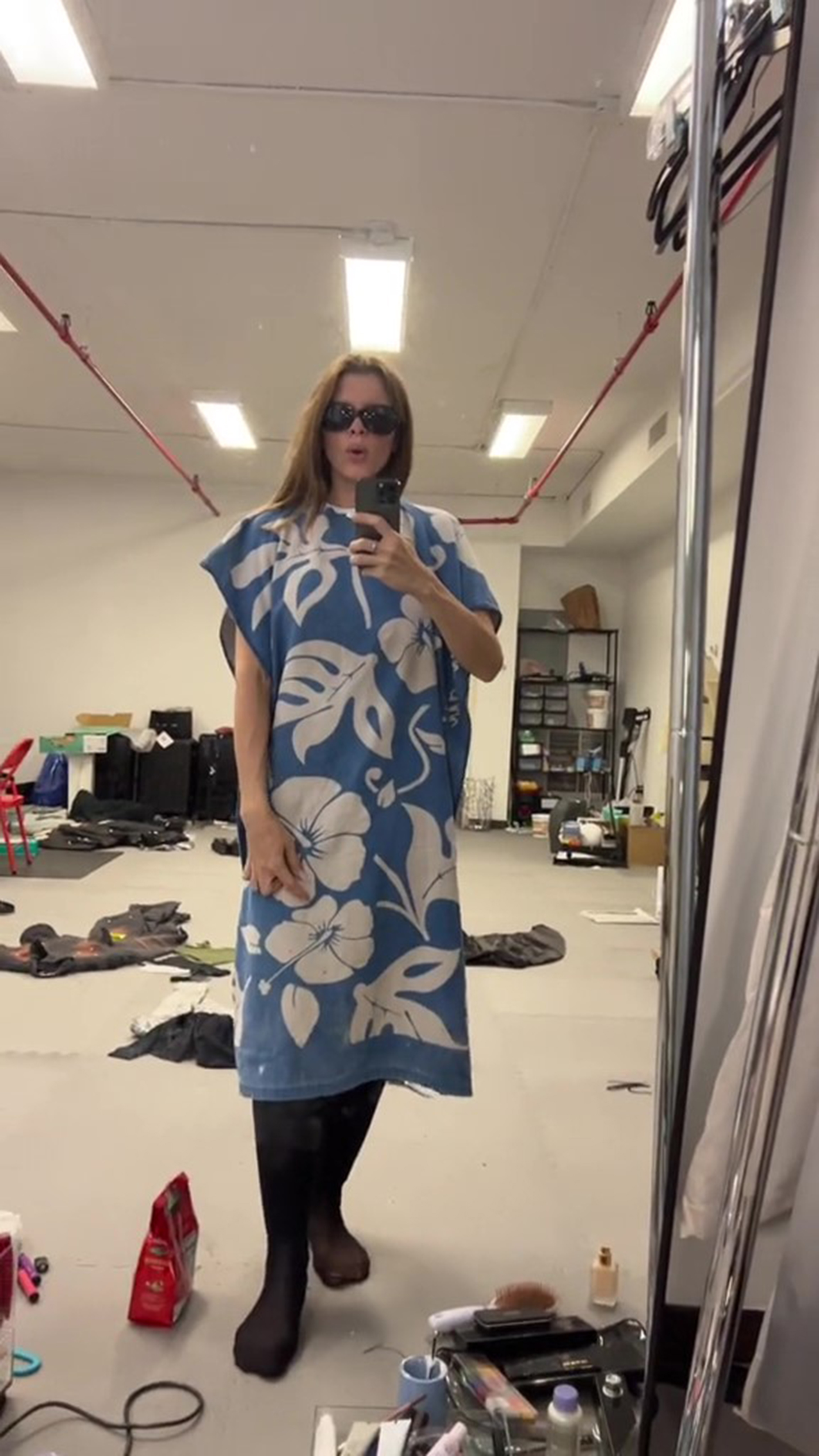 First, Fox “cut a hole for the head” and modeled the towel worn like a poncho before making another cut in the front.

“I’m going to step into the hole I just made and flip this side over like that,” the “No Sudden Move” actress said, displaying a high-low look and folding up the material hanging in the back, which she then safety-pinned to complete the dress. 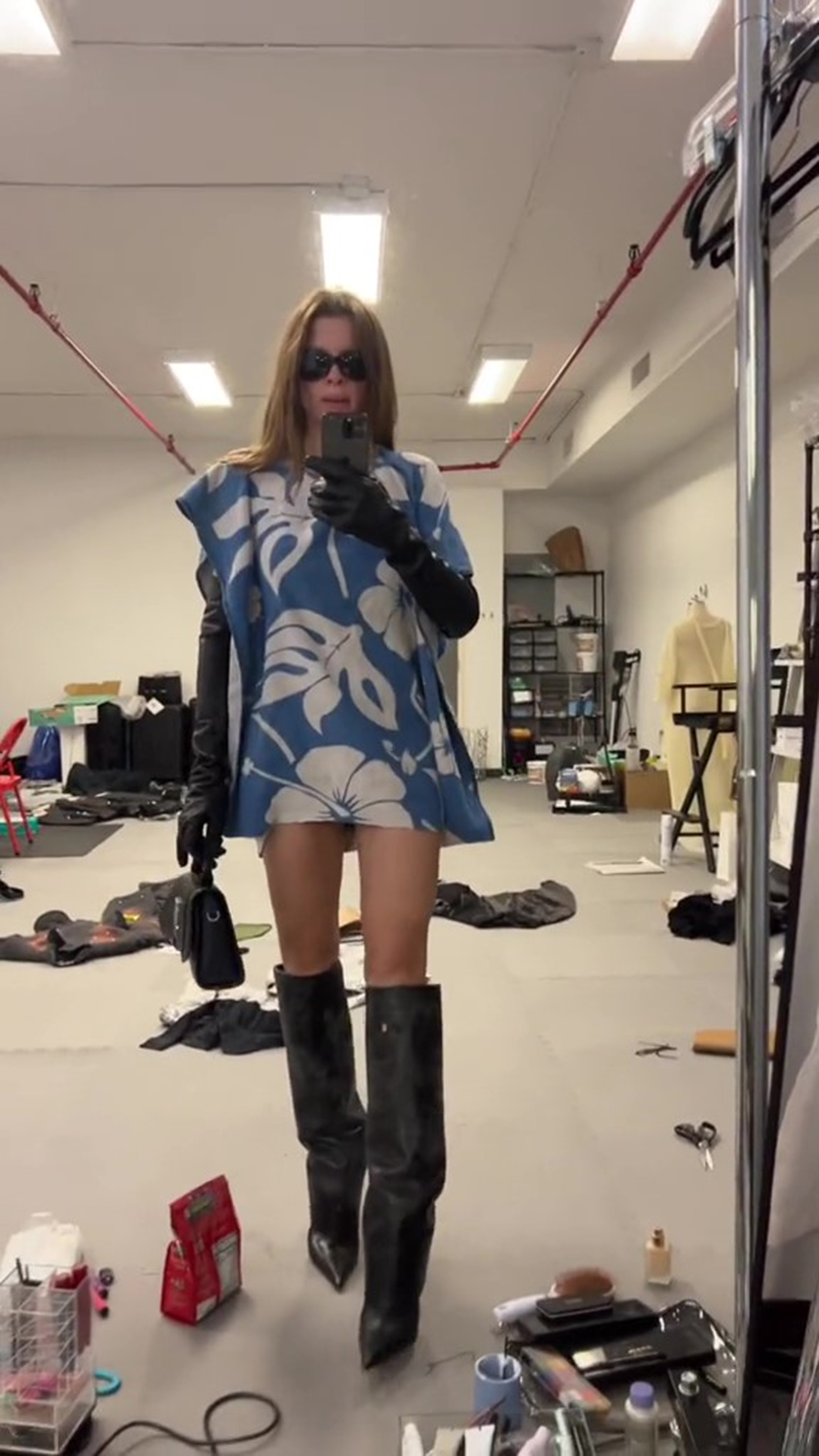 Saying that it “looks boxy and cool,” Fox added that the towel dress could also be worn multiple ways, going on to show how it looked worn in the opposite direction with an ab cutout in the front.

“This is the final look,” she said, showing off the dress accessorized with elbow-length black leather gloves, knee-high black boots and a black handbag. “I think it’s really chic.”

Several fans called out her ex-boyfriend Kanye West in their comments amid the news that his fashion line had been dropped from Adidas following his anti-Semitic remarks. 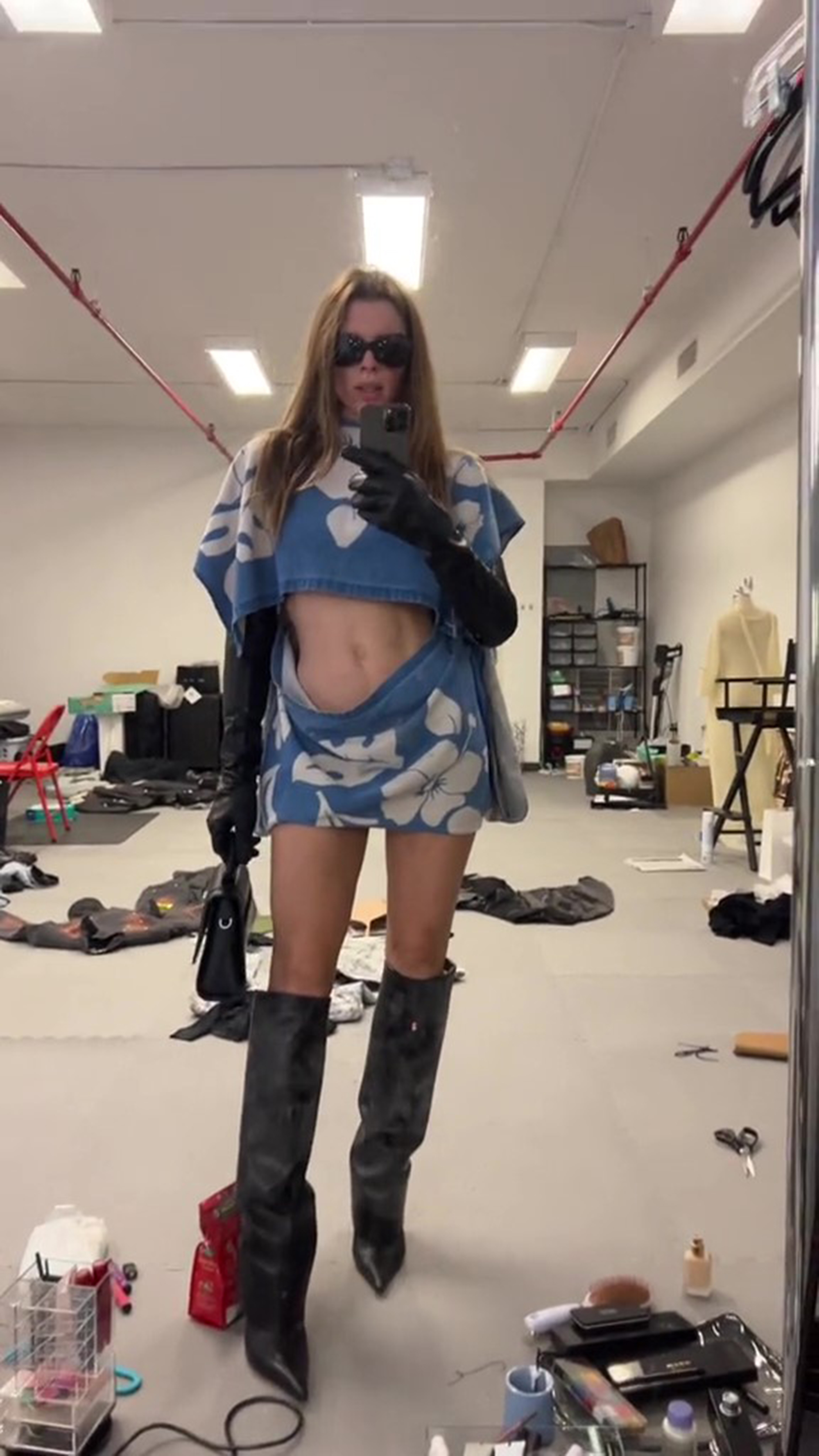 She showed off her toned abs in the dress, giving fans a look at a different way to wear it. 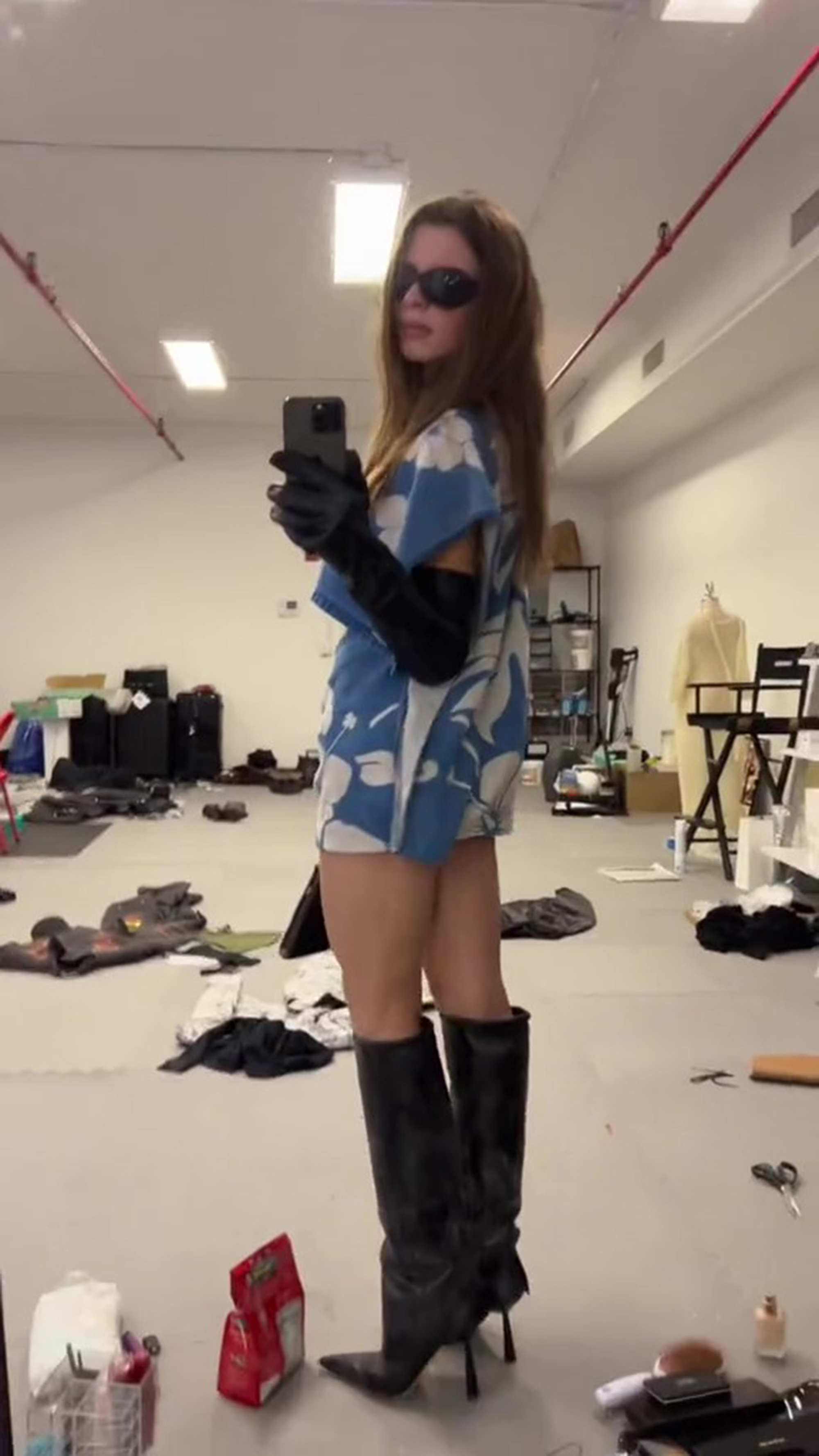 Fox gave fans a side view of the look. 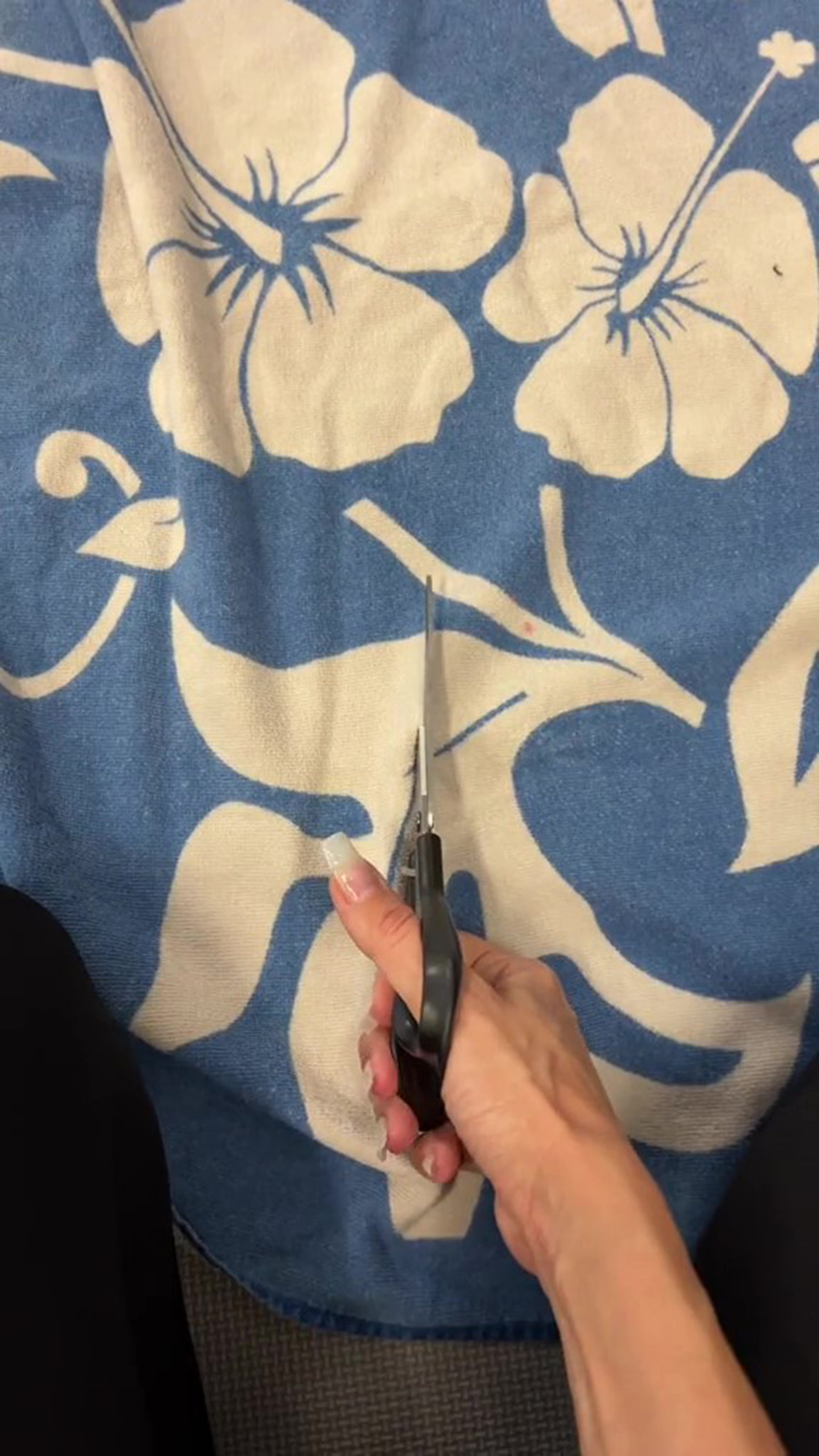 The actress made her outfit with just a pair of scissors, a towel and some safety pins. 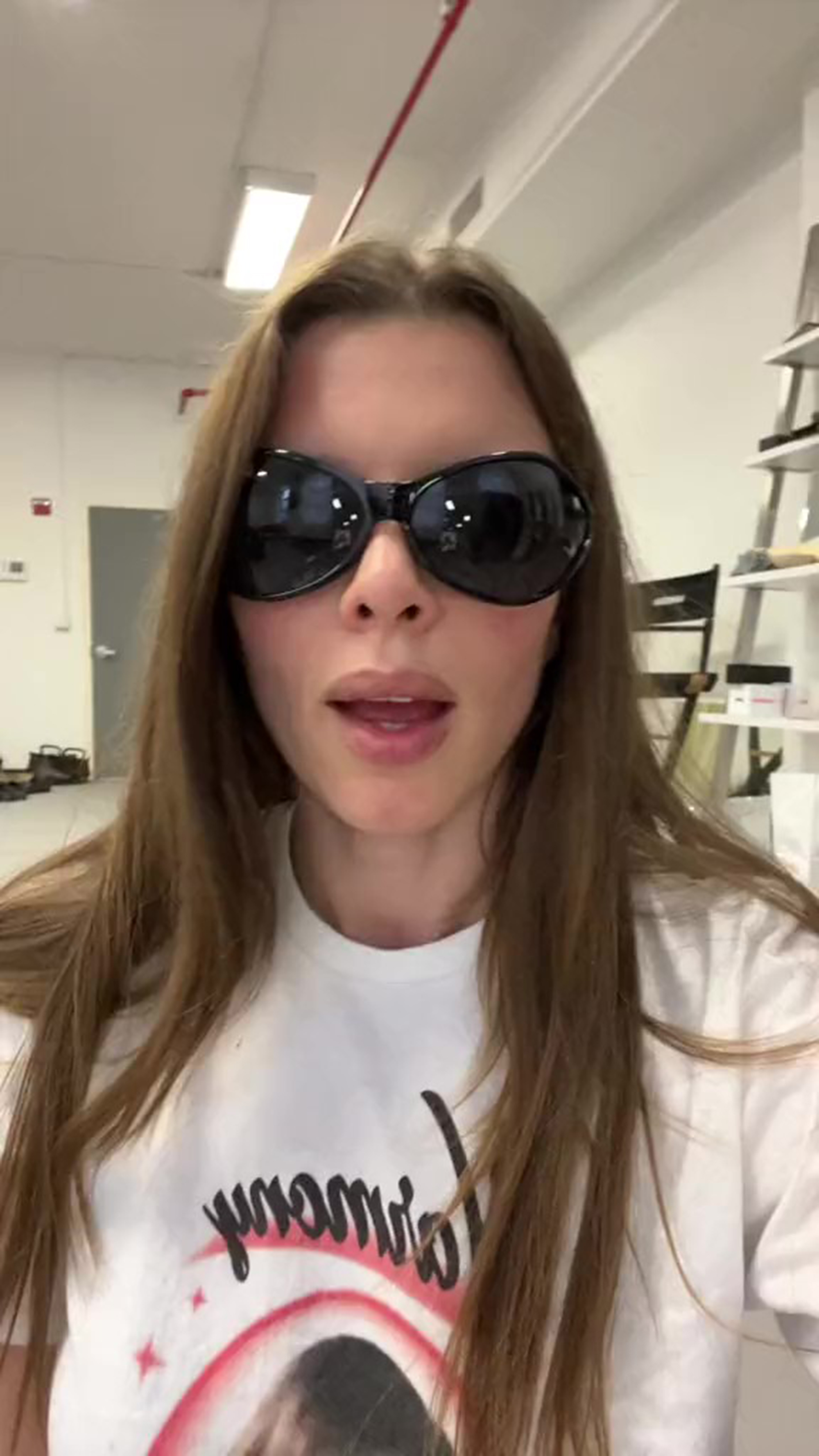 She sported an airbrushed tee and sunglasses in the video.