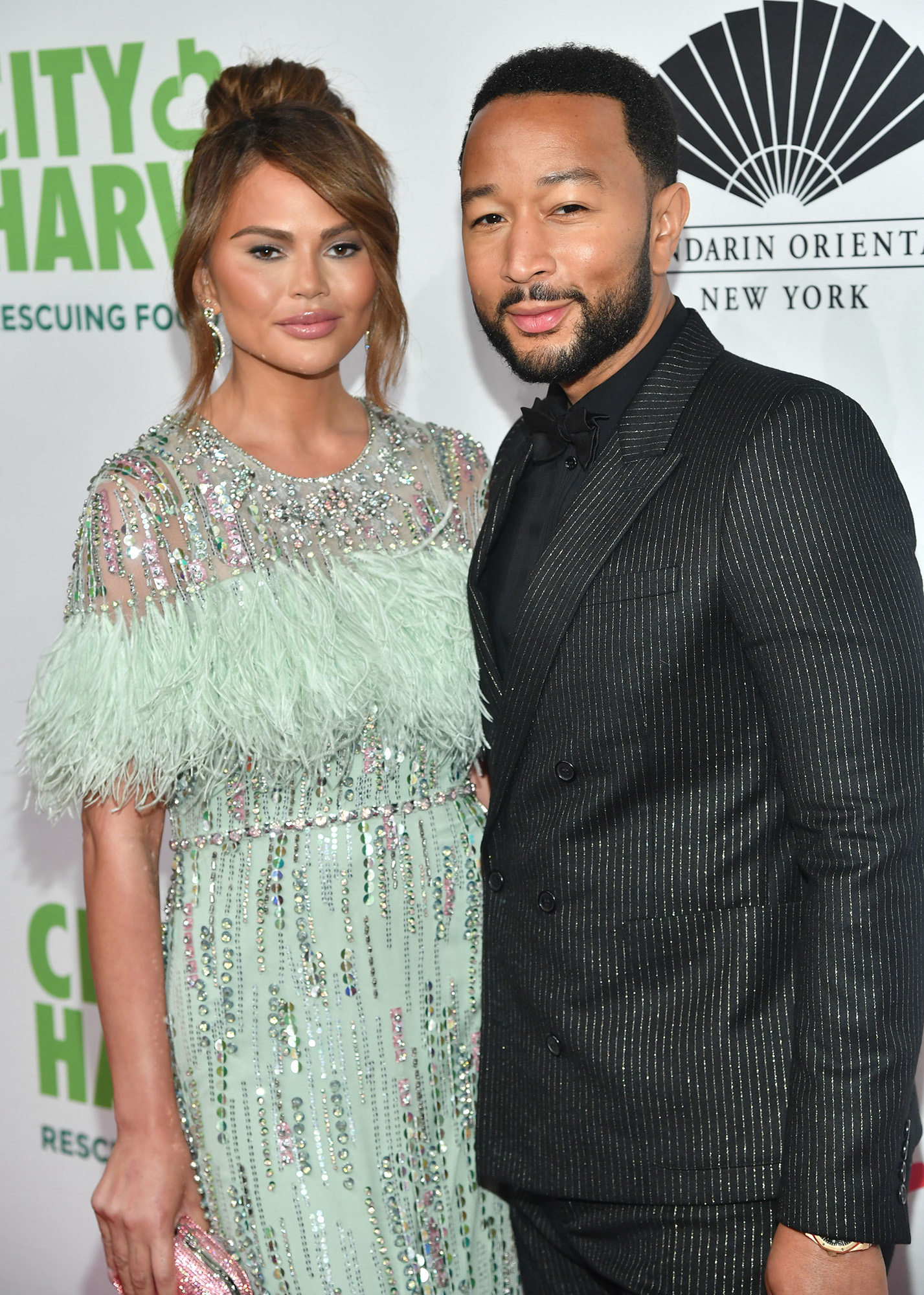 A tough call. Amid the news that he has a rainbow baby on the way, John Legend revealed he initially struggled with the decision to publicly announce Chrissy Teigen‘s 2020 pregnancy loss.

“It was difficult, and I was hesitant to share it,” the “All of Me” singer, 43, told BBC Radio 4’s “Desert Island Discs” on Sunday, August 7. “I think Chrissy was really right in encouraging us to share it because I think it really was powerful for a lot of people.”

Teigen, 36, and Legend share daughter Luna, 6, and son Miles, 3. The couple expected baby No. 3 in 2020, but the model suffered a pregnancy loss due to partial placenta abruption. They named their late son Jack and have been open about the grieving process.

“Way more people than anybody realizes go through this,” Legend continued during his BBC Radio interview. “They told us they felt alone a lot of times, and us sharing our experience helped people feel less alone and feel like there were other people going through it and there was a community of people going through it.”

He added, “I think it was a really powerful, wise decision by Chrissy to share it because it helped a lot of people.”

Stars Who Struggled to Conceive Children Share Their Fertility Issues

The La La Land star said his personal pals were more likely to reach out to talk to him and Teigen, who married in 2013, about coping with a partner’s pregnancy loss after knowing the stars had been through themselves. However, Legend noted that there was no magic way to make someone feel better about a miscarriage.

“It’s hard to try to comfort anyone that’s going through it because there’s no real comfort,” he explained. “You’re always going to feel that loss. It kind of spreads over time, so it doesn’t feel as heavy over time, but you’ll never forget it.”

The EGOT winner tried to channel some of his pain into his art. His new two-disc album, titled Legend, is due out in September and features tracks inspired by his late son. “Some of the songs are about are about coping with loss and grief [and] when you feel broken” Legend said.

He and Teigen, who revealed in February that they were undergoing in vitro fertilization to conceive another child, confirmed earlier this month that they are expecting their rainbow baby.

“The last few years have been a blur of emotions to say the least, but joy has filled our home and hearts again. 1 billion shots later (in the leg lately, as u can see!) we have another on the way,” the Lip Sync Battle star wrote alongside a baby bump mirror selfie on Wednesday, August 3.

The Chrissy’s Court alum continued: “Every appointment I’ve said to myself, ‘ok if it’s healthy today I’ll announce’ but then I breathe a sigh of relief to hear a heartbeat and decide I’m just too nervous still. I don’t think I’ll ever walk out of an appointment with more excitement than nerves but so far, everything is perfect and beautiful and I’m feeling hopeful and amazing. Ok phew it’s been very hard keeping this in for so long!”