“So since the kids got pranked anyway, you know, why waste?” Kimmel said, before showing a few of the hilarious “unauthorized and unwanted” videos.

Kids say the darndest things — especially when their parents tell them they ate their Halloween candy.

For the second year in a row, Jimmy Kimmel canceled his annual “I Told My Kids I Ate All Their Halloween Candy” prank due to the coronavirus pandemic. However, just like last year, parents still did the prank anyway and sent in tons of videos to the show.

And, as in the past, the reactions did not disappoint.

“We have a somewhat infamous tradition at Halloween time here at our show. We put it on hold during the pandemic,” Kimmel shared on his show on Monday. “We did not invite parents to take part in our annual Halloween YouTube candy challenge, where they pretend to eat their kid’s candy and record it because it felt like kids have had it hard enough lately.”

“We did not ask parents to do this, but a lot of parents just went ahead and did it anyway,” he continued, noting that they received “200” submissions. “So since the kids got pranked anyway, you know, why waste? We decided to show just a couple of them.”

“This is just a tiny sample of the unauthorized and unwanted Halloween YouTube challenge for 2021,” Kimmel said before showing the hilarious clips.

The package was short, only featuring a few kids, but their reactions and comebacks to their parents saying they ate their candy were absolutely hilarious.

Alec and Hilaria Baldwin Celebrate Halloween with Kids After Rust Shooting: 'We Rallied to Give Them a Holiday'

“I got hungry in the middle of the night and I went downstairs and I ate all your Halloween candy,” a woman told her son, who was wearing a Spider-Man t-shirt. He paused for a moment just staring at his mom, before replying, “I thought you’re on a diet.”

The mom later broke the news that it was Kimmel who told her to eat his candy. “Is he a bad guy?” the boy adorably asked, to which the mom replied, “Mmhmm.” The kid — who was sitting — reacted to the news by dropping headfirst onto a blanket.

Meanwhile, another mom pulled the prank on her two boys, one of whom definitely wasn’t happy as he threw a curse word at his mom. “Mom, you’re a d–k!” he yelled. The little boy was dressed as Captain America — and as Cap would say, “Language!”

The last clip featured another mother-son encounter, however, this time the mom told her son his dad was the one who ate his Halloween candy. And the boy, who was wearing a sweatsuit with a skeleton on it, had quite the comeback for his dad.

After the package concluded, Kimmel said, “Well, what’s Halloween without it, you know? Anyway, sorry kids!” 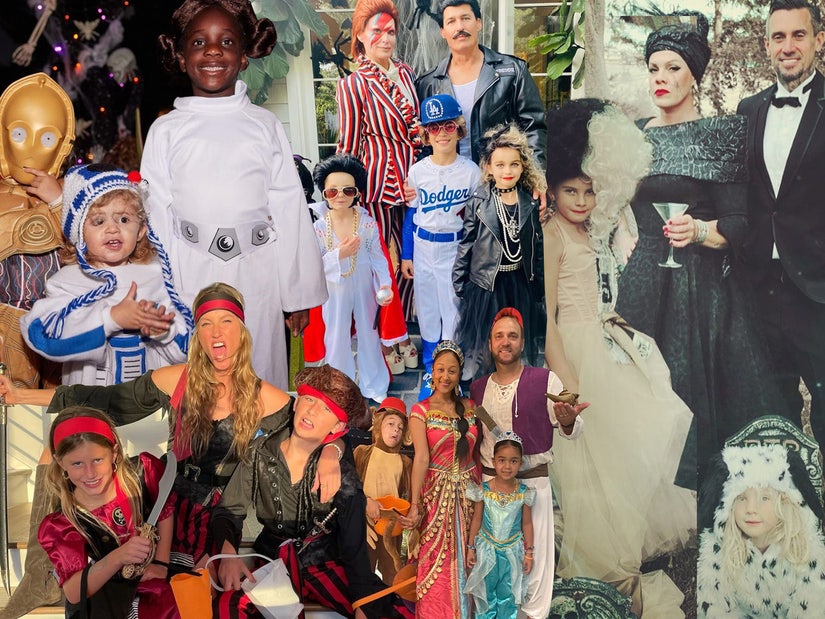