The reactions from the other panelists? Priceless.

Jennifer Lawrence opened up about the pros of working with female directors during an Actress Roundtable for The Hollywood Reporter and called out one male director in the process.

The subject came up during a conversation with Michelle Williams, Michelle Yeoh, Danielle Deadwyler, Emma Corrin and Claire Foy after Lawrence was asked whether it “was easier to get a film with a female director made now” compared to the past, as she produced and starred in “Causeway,” directed by Lila Neugebauer.

“It was just so interesting to be on a female-led movie. My producing partner and I were the lead producers. We had a female director. The schedule made sense. There were no huge fights. If an actor had a personal thing and wanted to leave early, instead of going, ‘Oh! Well, we’d all love to leave early!’ we’d put our heads together and go, ‘OK. How can we figure this out?'” she shared.

“We disagreed, and we listened to each other. Sometimes I was wrong and would learn that I was wrong, and sometimes I was right,” she continued. “It was incredible to not be around toxic masculinity. To get a little break from it. And it did always just make us laugh about how we ended up with, ‘Women shouldn’t be in roles like this because we’re so emotional.’ I mean, I’ve worked with Bryan Singer!”

All the other stars at the table broke out into laughter, with video of the moment focusing on Foy, Yeoh and Deadwyler.

Lawrence has previously spoken out about how she was nearly fired from a project for standing up to an unnamed director. “Basically my job was threatened because the director said something f-cked up to me and I said, ‘That’s sick, you can’t talk to me like that,’ and then I was punished and I got afraid that I wasn’t going to be hired again,” Lawrence said in another roundtable back in 2017. “I was called difficult and a nightmare.”

As for Singer specifically, he was Lawrence’s director on both “X-Men: Days of Future Past” and “X-Men: Apocalypse” — with many of those films’ stars expressing similar feelings about the director. 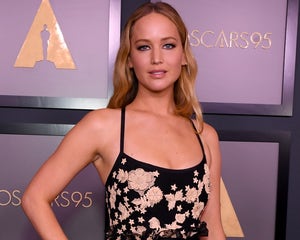 “Bryan’s not the easiest dude to work with,” Halle Berry, who also worked with him on the original “X-Men” films, told Variety. “I would sometimes be very angry with him. I got into a few fights with him, said a few cuss words out of sheer frustration … but at the same time, I have a lot of compassion for people who are struggling with whatever they’re struggling with, and Bryan struggles.”

Olivia Munn, who played Psylocke in “Apocalypse,” claimed the director also left for 10 days to deal with a “thyroid issue,” but had them “keep filming” without him. “I never thought any of it was normal, but I didn’t realize that other people also thought it wasn’t normal,” she also told Variety, “And the other people who thought it wasn’t normal would be people at high levels, people who make decisions on whether to hire this person.” At the time, Singer’s publicist said his medical issue “only affected two days of shooting.”

“Our time together was, like Rami said, unpleasant,” Sophie Turner, who played Jean Grey in “Apocalypse” and “Dark Phoenix” also told Rolling Stone, referring to Rami Malek and his own alleged experience with the director on “Bohemian Rhapsody,” from which Singer was fired.

According to 20th Century Fox — which also made the X-Men movies — Singer was axed from “Bohemian Rhapsody” because of his “unexpected availability.” The Hollywood Reporter said Singer “went missing during production” on more than one occasion and clashed with the film’s stars. He was then replaced by Dexter Fletcher.

The film went on to win Best Picture Drama at the Golden Globes, was nominated for Best Picture at the Academy Awards and won Malek an Oscar. 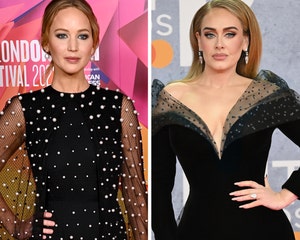 Jennifer Lawrence Says Adele Warned Her Not to Do This Movie