Jason Flemyng says anyone can take a wrong turn in life

The one lesson I’ve learned from life: Jason Flemyng says anyone can take a wrong turn in life

Jason Flemyng, 53, is best known for his roles in Lock, Stock And Two Smoking Barrels, Snatch and The Curious Case Of Benjamin Button. He is currently appearing in Save Me Too on Sky. He lives in South London with his wife, Elly Fairman and their nine –year-old twins, Noah and Cassius.

Thirty years ago, when I was at the Royal Shakespeare Company, we toured a play through high security Category A prisons. I was terrified, but quickly realised that, even if guilty of horrendous crimes, these men were capable of compassion and intelligence and exceeded people’s expectations.

Prison and addiction could easily have been my destiny. I grew up in south London, in a poor single-parent family. When I was 15, I was into car theft, petty thieving and criminal damage. My mum picked me up from the police station a good few times. Mum was a dancer when she met my dad, but she became a social worker working with homeless and alcoholic people. 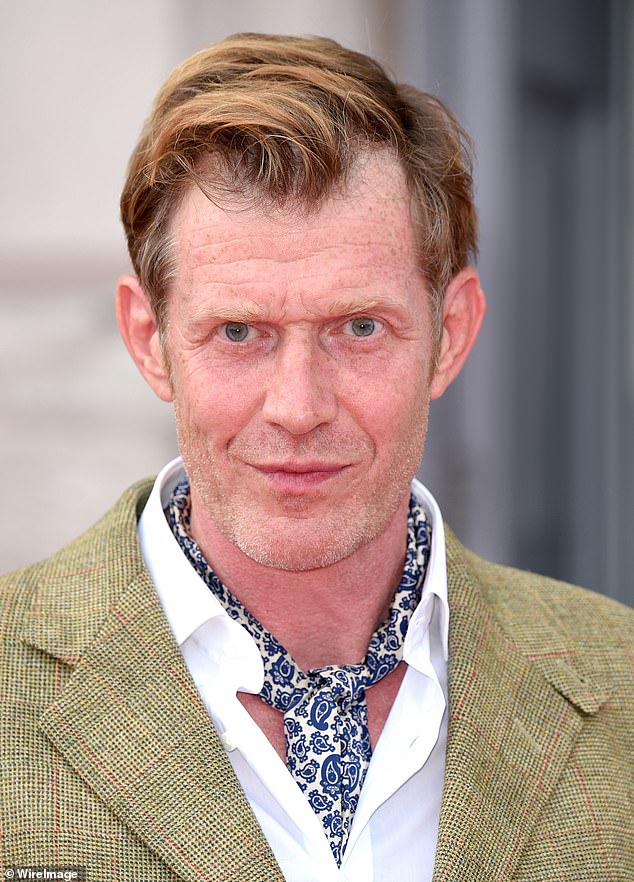 Jason Flemyng, 53, (pictured) who lives in south London, explained the importance of having compassion for those who’ve made a few wrong decisions

She also learned to flip houses. We would move into a house that was a mess, and she would work all day, then come home and plaster and paint and put up shelves. After six months, she would sell and make the deposit for the next house. To keep me and my big brother Gareth out of care, she did whatever it took.

My alcoholic dad disappeared early, so Gareth was the father figure in my family. He became a social worker and has always been a strong influence in my life. He’s only a few years older than me, but would work out the finances of how to get through the week with my mum.

Although I dabbled in criminality, I made some lucky choices. From a young age I was driven to become an actor and, ultimately, that saved me from a life of crime.

I’m lucky to have been steered in the right direction by a great parent, and a strong male mentor, but not everyone is. Just because someone has made a few wrong decisions, we can still have –— and should have — compassion for them, especially when lives have been ruined by alcohol and drug abuse.

I know how easy it is to go down that road to criminality — you just take two left turns instead of two right ones — and I am grateful not to have done so.

Jason’s More Than My Past podcast is available at morethanmypast.org.uk