ADAM Attew managed to save thousands on his Christmas food shops with bargains on all things festive – from 10p mince pies to 24p brussel sprouts.

The savvy saver shared his hot tips on bagging discounted goods with Latest Deals where he revealed how to do the festive food shop for less. 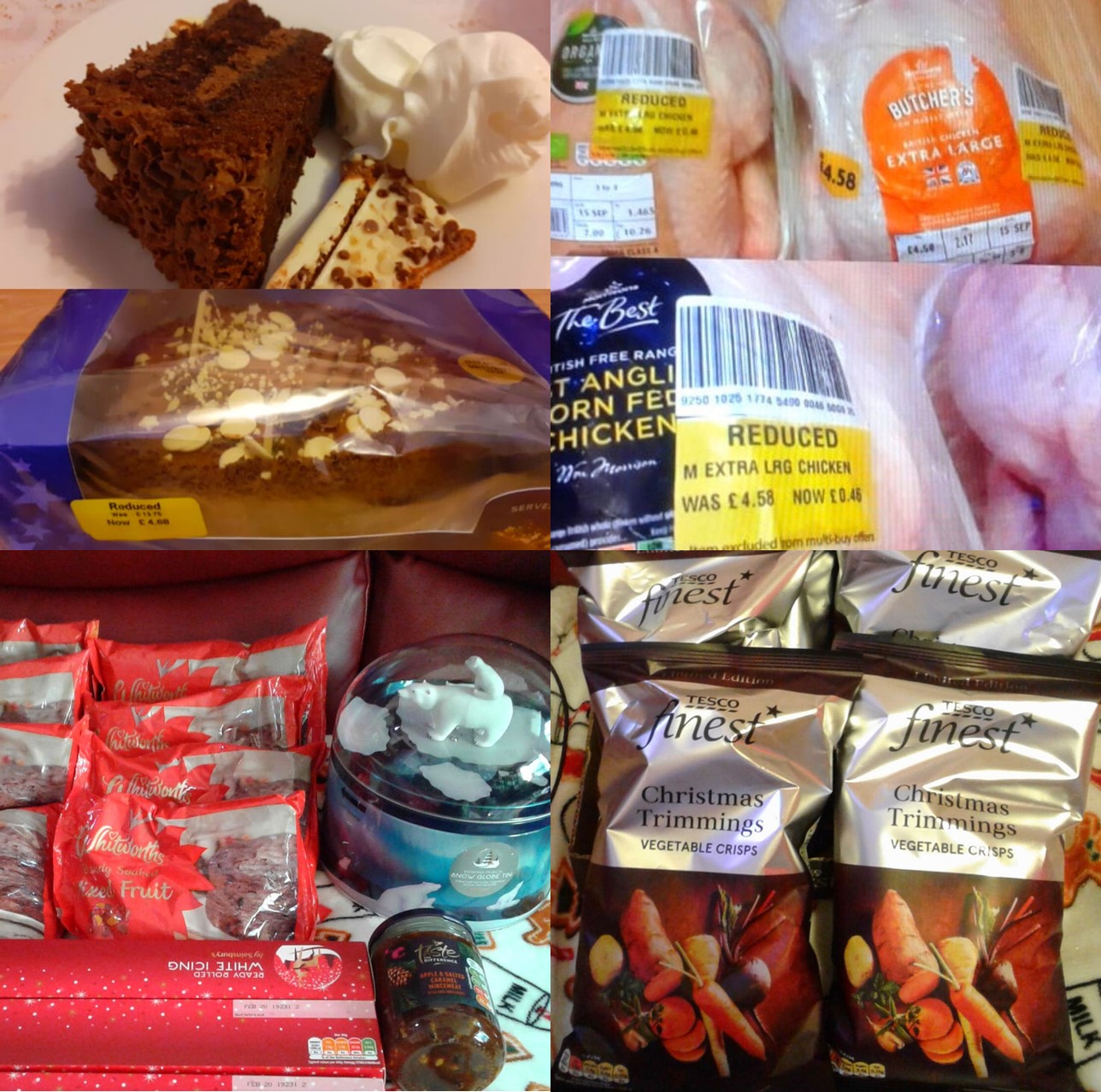 The 32-year-old retail sales assistant has also given his insight to The Sun on how he scores the best foodie bargains, and makes them last all year round too.

Adam, from Stratford, is no stranger to the bargain hunting community, as he runs his own savings blogs on Facebook as Savvy Shopping & Product Reviews with Adam.

As Christmas can be a particularly expensive time of the year, many shoppers are looking to cut their costs anyway they can.

Adam said: "I have managed to get festive foods cheap before Christmas simply by being at the right place right time – that's my general motto when people ask me."

One way he managed to slash costs was by cashing in on yellow sticker items.

"Having done it for several years now, I know roughly how things work with reductions," Adam said.

While out and about, he's managed to track down discounted products, that are usually confined to a solitary shelf in the supermarket, and on many occasions he's picked up a range of seasonal party foods in the process.

Adam told The Sun that his best ever buy was a cooked ham joint, reduced from £16 to just £3.63 in Waitrose.

Amongst his other festive finds, he's managed to pick up brussels sprouts that were originally £1, instead reduced to 24p, as well as Christmas vegetable crisps for 31p instead of £1.25 a pack.

Plus, he managed to source festive staple, mince pies, for 10p instead of £2 a box.

He's also picked up dried fruit and mincemeat both at only 50p instead of £2 each, and a chocolate celebration cake for £4.68 instead of £13.75.

Those bargains alone have saved him a total of £28.04 on a shop that should have cost £38 overall.

Adam revealed how his grocery shops will usually be limited to visits to Tesco, Sainsburys, Waitrose or Marks and Spencer.

Despite not being the cheapest shops to try his hand at bargain hunting, he's managed to bag Christmas puddings from the likes of M&S for £2.50 in the past, where at the posh supermarket they should have been £10 each.

"I don the motto luxury for less," Adam explained. "I wouldn't get these items at full price otherwise."

How can I spot the same bargains?

Adam will also hit a few of the shops in one go on the way home from work to maximise the chances of picking up bargains in the multiple stores.

But the frequent visits haven't been in vain, as Adam has worked out the pattern the shops follow when it comes to reducing stock.

"I have found that M&S, Waitrose and Sainsburys usually reduce their items by more than 50% after 7pm, and sometimes it can be earlier in M&S," he had said to the bargains community.

Adam explained how he likes to save all the Christmas treats he finds for less in the months leading up to the big day, to enjoy closer to the time.

That's also when it's likely to be most expensive as everything is in more demand and shoppers are truly in the Christmas spirit.

But the savings don't stop after Christmas either, and if anything, Adam says that's when the best of the best bargains are available.

He revealed: "After Christmas I stock up on longlife seasonal stuff that's on sale like mincemeat for 10p a jar instead of £1, and I'll be extra frugal and use it in fruitcakes and mincepies for next year.

"Seasonal chocolates and biscuits with long dates are great too, and they last throughout the year, so I don't have to keep splashing out."

Darragh Ennis left red-faced after The Chase blunder: Going to get tonnes of stick
Recent Posts