After the viral catchphrase Hot Girl Summer dominated social media, all bets are on as to what Autumn/Fall-themed moniker will replace it.

Chris Crocker, the internet personality who rose to infamy with the 2007 clip ‘Leave Britney alone’, uploaded an image in a black leather ensemble heralding the arrival of ‘Witch B**ch Autumn’. 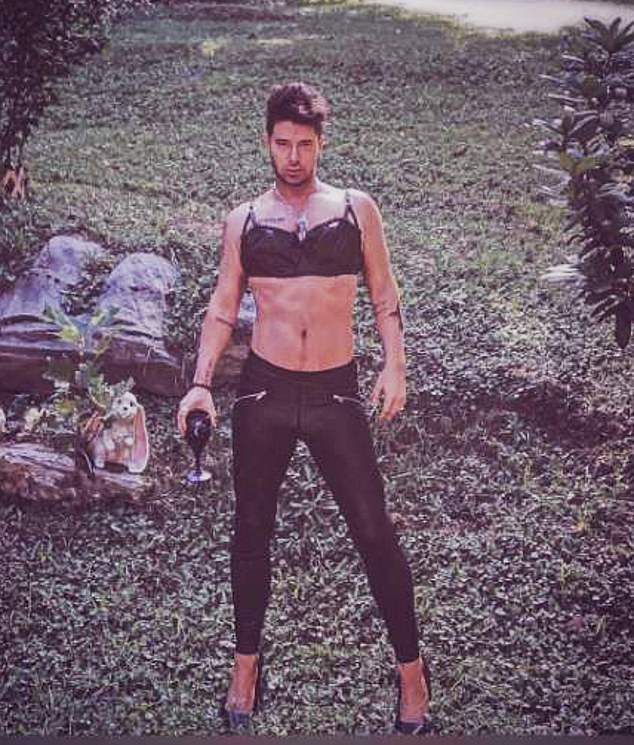 Spooky: Social media users, including internet personality Chris Crocker, are celebrating the arrival of what they are calling ‘Witch B**ch Autumn’ and ‘Hot Ghoul Fall’

‘I bought a new coat today. I am ready for Spooky Girl Autumn,’ a Twitter user declared.

The obsession with everything spooky-related was likely encouraged by a tweet from New York Times best-selling author Victoria Aveyard who said, ‘Hot Girl Summer is over, Spooky Girl Autumn has begun. Ghosts, vampires, and witches incoming,’ as she teased the release of her new thrillers.

While the hotter months were dominated by beach selfies, fire emojis and cans of White Claw, it seems that the witching hour has arrived as among the new autumnal-themed mentions online are images of psyched-up women with Ouija boards, tarot cards, skull flasks, pumpkins, black cats and brown leaves.

Evidently the omnipresent catchphrase had proved too much during the warmer months for some females, as many signaled the arrival of their ‘Social Anxiety Autumns’ and ‘Sad Girl Falls’.

An eavesdropper even claimed they overheard someone state the arrival of ‘Anxious Asexual Autumn’ to the popular account Overheard in LA.

Hot Girl Summer gained such notoriety online that there are no shortage of men now jumping on the bandwagon too.

A male Twitter user joked that he had been waiting for this moment to come; when ‘thicc boys’ would have their heyday.

Catastrophe actor and comedian Rob Delaney posted a selfie in a tweed fisherman’s cap and stated confidently that it was about to be Sensible Dad Autumn. 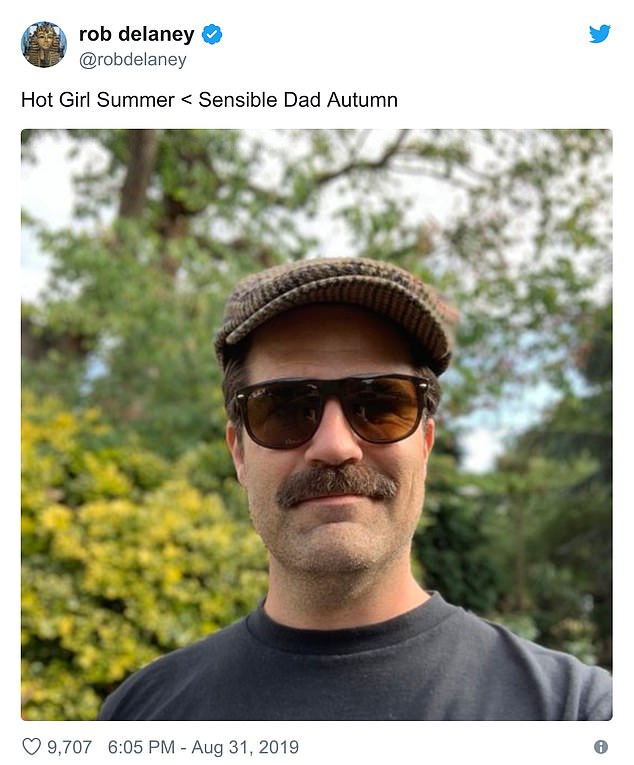 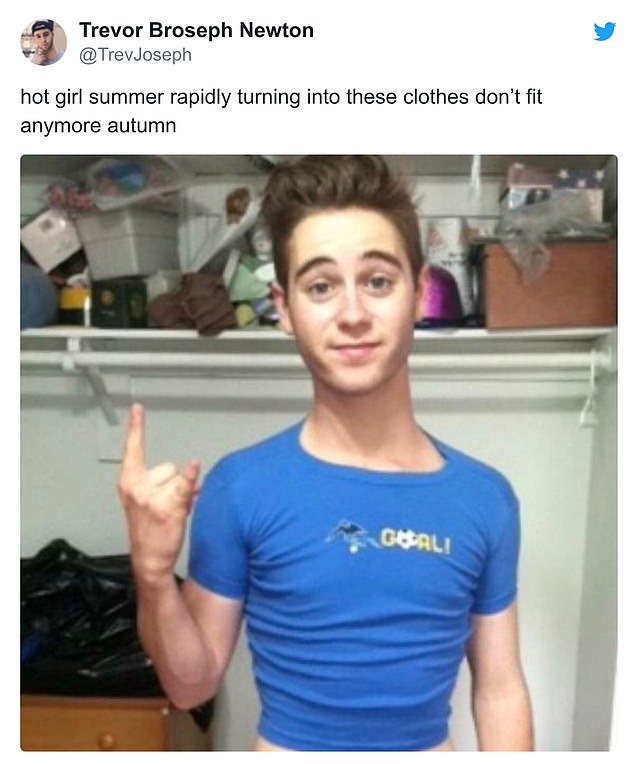 Boys will be boys: Many men got in on the trending catch phrases too, suggesting options like ‘Grand Theft Autumn’, ‘Thicc Boi Autumn’ and ‘Sensible Dad Autumn’

In the first notable take on the Hot Girl Summer trend, a social media user sarcastically used a random image of two America lifestyle bloggers from 2016 and inadvertently turned them into online stars. 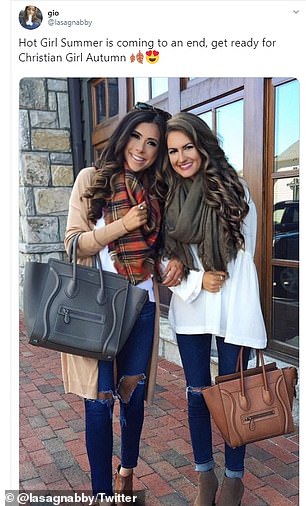 Viral: Two influencers found themselves at the center of a viral Twitter meme when a user randomly took a three-year-old image of them to represent ‘Christian Girl Autumn’

The infamous tweet attracted 50,000 likes. While users dissed the two women in the picture, when the women found out about their image being used they personally weighed in on the thread.

Redeeming themselves by debunking the ‘Christian girl’ stereotypes about their political inclination and confirming that they supported LGBT rights, Caitlin Covington and Emily Ann Gemma now have one million followers and 627,000 followers on their respective Instagram accounts.

‘If anything it’s brought everyone a little bit closer,’ Emily Ann, 31, told BuzzFeed.

‘People started realizing, ‘Oh, these girls are real. They’re not whatever we thought they were.’ They assumed we were anti-LGBT, but we’re not at all. I’ve got friends who are trans and gay!’

The Hot Girl Summer concept was originally started by Megan Thee Stallion, a Texas-based rapper, and her fans who were inspired by her lyric ‘real hot girl s**t’.

According to reports, the musician recently filed to trademark her signature saying after it became so prevalent in the mainstream media.

To date, the term has been shared on Instagram over 600,000 times with the associated hashtags – cementing its status as the phrase of summer 2019.

Trademark: Megan Thee Stallion, 24, is the brains behind the viral moment

'Below Deck': Why Do Deckhands Hate the Water Slide?