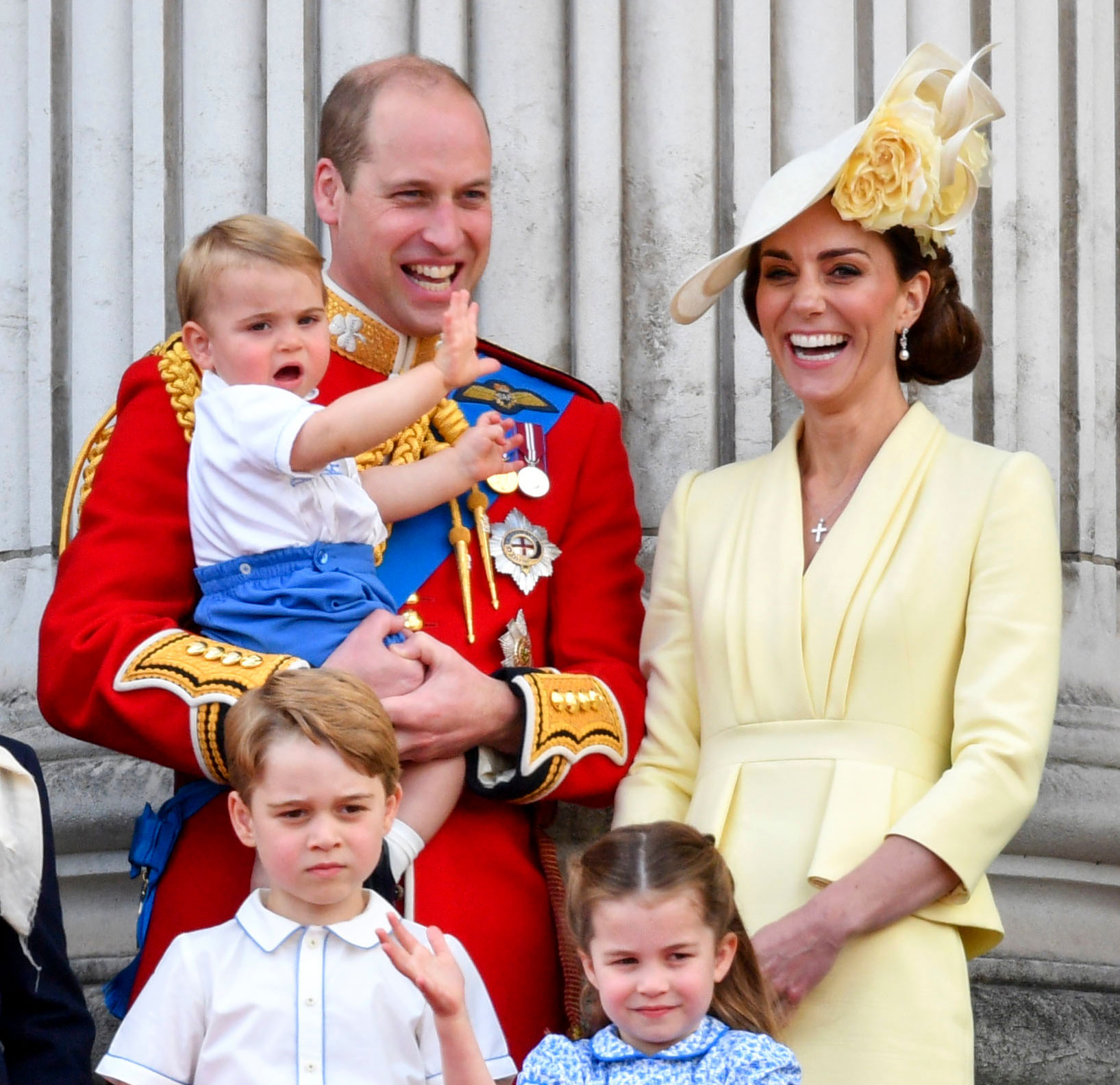 Kid approved! Prince William and Duchess Kate’s three children enjoyed a sugar-filled Easter weekend before and after attending church with the royal family, a source exclusively tells Us Weekly.

“On the Saturday before Easter, Kate and the kids baked a chocolate cake covered in Cadburys Mini Eggs,” the insider tells Us.

The Duke, 39, and Duchess of Cambridge, 40, stepped out on Sunday, April 17, alongside their two eldest kids, Prince George, 8, and Princess Charlotte, 6, for Easter mass at St George’s Chapel at Windsor Castle.

The couple’s youngest son, Prince Louis, 3, was not in attendance for the morning service. Both George and Charlotte, however, wore matching blue outfits that coordinated with their parents during their first official Easter appearance.

Prince William and Duchess Kate’s Sweetest Moments With Their Kids

The family later reunited with Louis and “went on an Easter egg hunt after church,” per the source.

Ahead of the activity, Kate went shopping at the local Waitrose grocery store to get some goodies, with the insider telling Us, the duchess “also made each of their kids an Easter egg with their name written on in icing sugar.”

The Cambridges “make sure they limit George, Charlotte and Louis’ sugar intake,” the source says, noting that “Easter weekend is a one-off” filled with sweets.

The kids “were pretty chocolated out by the end of the long weekend,” the insider adds.

The royal family’s jam-packed weekend is a departure from their 2021 festivities when William and Kate opted to stay at their home in Norfolk, England, amid the COVID-19 crisis. The group was also unable to participate in their regular church celebration last year as the pandemic continued.

William and Kate returned to their Easter traditions earlier this month, but Queen Elizabeth II did not gather at St George’s Chapel for mass on Sunday.

Days prior to the holiday, however, the queen, 95, received a special visit from Prince Harry and Meghan Markle on their way to the Netherlands for the 2022 Invictus Games. A spokesperson for the pair confirmed on Thursday, April 14, that they landed in London and spent time with Elizabeth.

So Hoppy Together! How Celebrity Couples Celebrate Easter Through the Years

The Duke, 37, and Duchess of Sussex, 40, were “very excited” to reunite with her majesty, a source exclusively told Us on Tuesday, April 19. “Harry and Meghan had a wonderful time seeing the queen again,” a second insider added.

The duo’s meeting with the queen marked the first time that Meghan has returned to the U.K. since she and Harry stepped back from their duties as senior royals in early 2020 and relocated to California with their two children: Archie, 2, and Lili, 10 months.

The visit “was very civil and friendly,” a third source told Us, adding that Harry’s father, Prince Charles, was also on hand to see the couple during their brief stopover. William, for his part, was skiing while his brother was in town, with the insider noting, “Harry is coming back to visit soon and hopes to see William in person.”

Is Keanu Reeves engaged to his longtime girlfriend Alexandra Grant?