Less than a day after joining hundreds of other performers for the entertainment industry’s #VaxTheNation campaign, Guy Sebastian has apologised to his 493,000 Instagram followers, saying he would “never, ever tell people what to do when it comes to their personal health choices”. 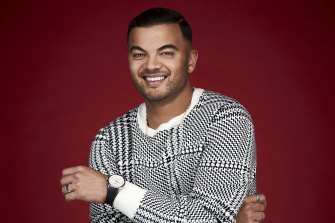 The multiple ARIA Award-winning singer and coach on The Voice was among numerous arts sector luminaries and entertainment industry leaders encouraging people to help open up live entertainment by striving for an 80 per cent vaccination rate across the country.

Within hours of #VaxTheNation launching on Monday, Sebastian appeared on Instagram, saying he wanted “to clear something up”.

“Some of you might have seen an industry call up with the best of intentions for our live music industry, which has been absolutely decimated, trying to find a pathway forward so that we can all assemble together again,” he said.

“I’ve always done everything that I can to support my industry, but the campaign was posted to my page without my direct involvement, and whilst, like everybody else in my industry, I want things to get going again, it is not my role to communicate in that way that that post was communicating.

“I would never, ever tell people what to do when it comes to their personal health choices. I’m very sensitive of it, not only in a public level but even in my personal life with people who have circumstances that they have to consider when making these choices.

“So, I just want to say I’m really sorry, it was not a post that was communicated with love or compassion which I feel is what’s needed when it comes to addressing things like vaccination.

“I just wanted to clarify that so that I could speak my truth and people knew how I actually feel, so lots of love.”

The newly formed LIVE Alliance (Live Industry Venues and Entertainment), including ARIA, Live Nation, Mushroom and other industry representatives was created in a bid to lift vaccination rates and move towards a gradual opening up of live entertainment.

People on social media responded quickly to Sebastian’s comments on Instagram, while Sydney radio presenter Ray Hadley was among those critical of the 2003 Australian Idol winner.

“Grow a set, mate, you’re better than that,” Hadley said on 2GB. “That was a weak-kneed, ordinary response when the vast bulk of people in your industry are desperate to get back to work and the only way they get back to work is through double vaccination.” 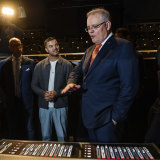 Sebastian and his wife, Jules, are brand ambassadors for Nature’s Way vitamin products and supplements for children. Sebastian also stood with Prime Minister Scott Morrison last year – as the coronavirus pandemic forced the widespread shutdown of live entertainment – advocating for government support for the industry.

“We need a society where we commune, where we can rejoice in culture and this campaign is playing its part in a big jigsaw puzzle of voices,” Minchin said. “We’ve all just got to contribute and do our little bit to get everything back on board.”

A spokesperson for #VaxTheNation told The Age and Sydney Morning Herald today that Sebastian is supportive of the campaign. His name is listed among the many supporters on the campaign website.

Spoilers: An explosion rips through the Square in deadly EastEnders scenes