Home » Lifestyle » If you spot one of these lumps on your Christmas tree beware! If you spot one of these lumps on your Christmas tree beware!

If you see one of these lumps on your Christmas tree then you should throw that branch away NOW!

People decking the halls have been warned to be on the lookout for a ‘walnut’-sized or shaped lump on their Christmas trees – because there could be a nasty surprise lurking inside.

For those opting to get the real deal rather than a plastic alternative, being vigilant about what’s in the branches could prevent your home from being swarmed by creepy crawlies.

A light brown wad – surrounded by green branches – could easily be mistaken for a pinecone, but it may contain hundreds of preying mantis eggs.

The species – which is believed to be on the rise in the UK – is known for its cannibalistic tendencies and ferocious appetite. 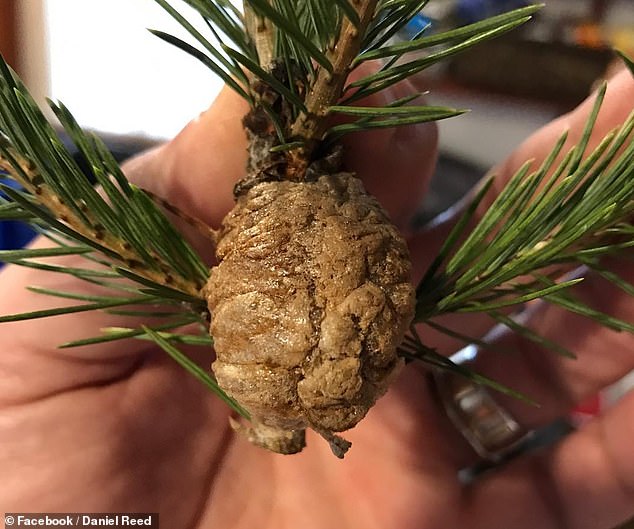 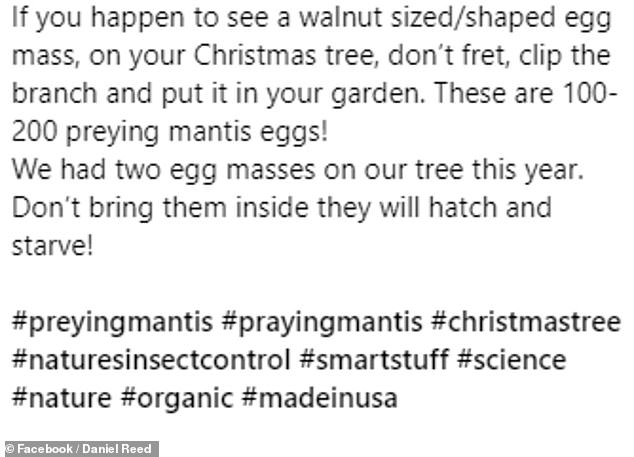 One tree owner spotted two clumps on his tree, taking to social media to post a snap of the light brown wad

US-based Daniel Reed shared the picture on Facebook in 2018, which has resurfaced ahead of the festive searon, telling others of what to do.

‘If you happen to see a walnut sized/shaped egg mass, on your Christmas tree, don’t fret, clip the branch and put it in your garden,’ he advised. ‘These are 100-200 preying mantis eggs!’

He added: ‘We had two egg masses on our tree this year. Don’t bring them inside they will hatch and starve!’

Commenters chipped in to agree, with some sharing their own persona experiences with the insects.

‘These mantis are actually VERY invasive,’ one user wrote. ‘They are native to Asia and eat both bad AND good bugs. They have been seen killing humming birds.

‘While I would never go out of my way to kill a mantis, I wouldn’t recommend saving them. They honestly do more harm than good.’

Another penned: ‘Missed one on a tree one year….. left town for four days….returned to babies all over…took hours to get them out.’

‘Petty sure I’ve seen these and mistaken them for pinecones,’ a third user admitted. 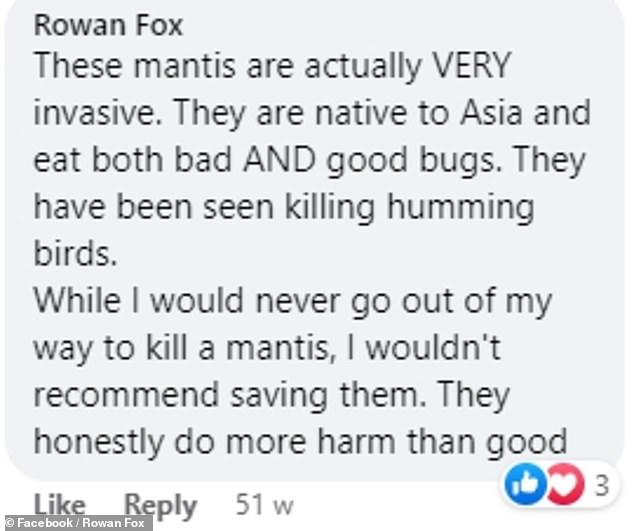 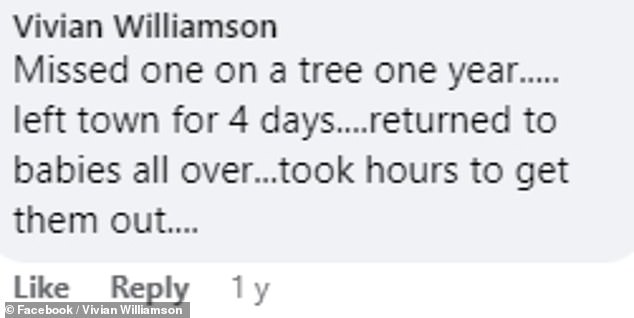 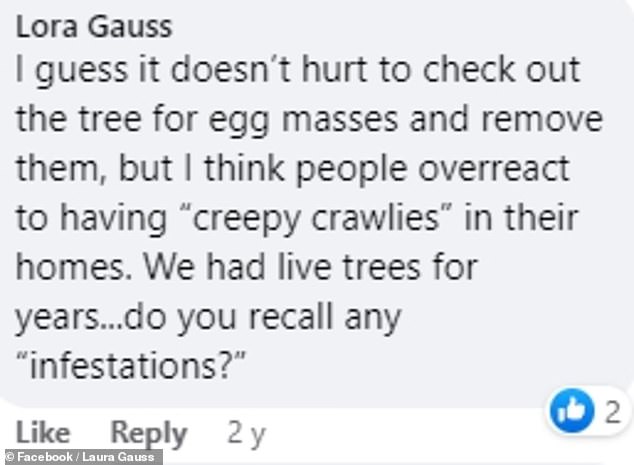 Commenters chipped in to agree, with some sharing their own persona experiences with the insects

Meanwhile, last year experts suspected that European praying mantis were becoming more prominent in the UK when a sample of the predator was caught in Stratford-upon-Avon, Metro reported.

The outlet also said that another one was found in Warwickshire just months earlier – a sighting seen as unusual given that the insects aren’t thought to favour Britain’s climate.

But it may not just be the carnivorous crawlies you have to worry about.

A number  of bugs could be secretly tucked into the branches of Christmas trees, including spiders and mites, aphids, adelgids, scale insects, bark beetles and sawflies. 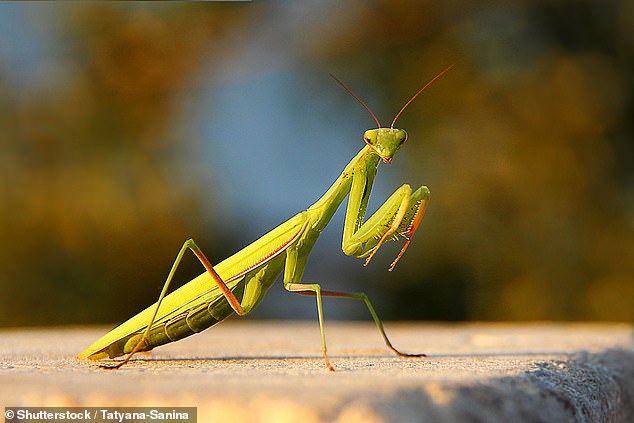 Meanwhile, last year experts suspected that European praying mantis (pictured in a stock image) were becoming more prominent in the UK when a sample of the predator was caught in Stratford-upon-Avon, Metro reported

Shaking your tree, using pesticide sprays, and keeping a hoover on hand were all advised as methods to keep the creepy crawlies at bay.

It comes as sales of Christmas trees at John Lewis surged in September, as shoppers fearful of rising costs and soaring bills got to preparing for the big day months in advance.

Retail executives said it suggested households are keen to spread the cost as they brace for a winter squeeze on spending.

Others also said shoppers may be nervous that inflation would hit festive ranges and it will be cheaper to buy now rather than wait.

Sales of artificial trees at the department store chain ballooned by 400 per cent compared with the same time last year.

Boss Pippa Wicks said: ‘We’re already selling Christmas trees. People are getting ready for Christmas.’ She suggested some consumers may have been ‘spreading the cost of Christmas – buy the tree now and get the presents on Black Friday.’