I’d rather be a narcissist than one of today’s pathetic, self-pitying young women: Her ego knows no bounds but at least, says JULIE BURCHILL, she’s proud of what she’s achieved

Critics have often accused me of being a narcissist — and I admit that, over the years, I’ve come to believe it may be true.

After all, I’ve always found myself fascinating, I adore attention and I brag ceaselessly about my talent as a writer. These things come naturally to me. What sort of person doesn’t like themselves? Yet I’ve noticed that others find my behaviour odd.

My husband says: ‘There is a weird thing you do if a stranger comes up to you for literally any reason — you react as though they’re a fan about to ask for a selfie.’

And a writer friend recalls: ‘I mentioned that you type with one finger once, and you laughed and said: “When you can write as well with two hands as I can with one finger, then talk to me!”’ 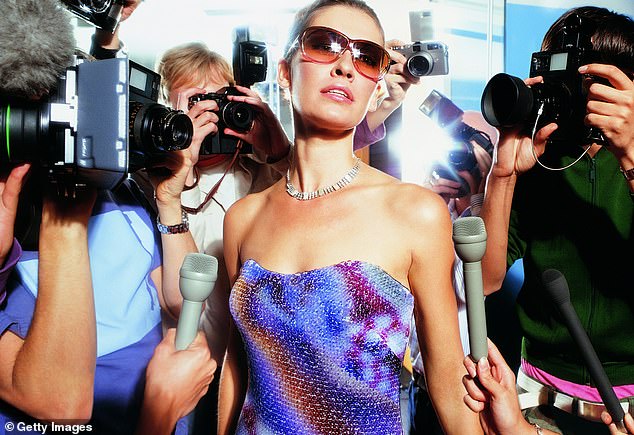 I once had a pleasant dream that I was in a train carriage with Madonna and she was crying.

Then Oprah Winfrey arrived to tell me Madge was crying because I was more famous than her. I liked that dream.

I firmly believe this level of self-confidence is the reason I am successful. I made it as a writer at the age of 17 and I’m still one — an excellent one — at the age of 63, despite countless attempts to silence me.

My parents were factory workers, and the careers officer at my sink school made it clear that I should expect to follow in their footsteps.

Had I been as modest as my parents, I’d now be living their modest lives — and much as I loved them, I knew early on that being ordinary was not for me.

So rather than regarding my narcissism as a fault, for years I wore it like a badge of honour. 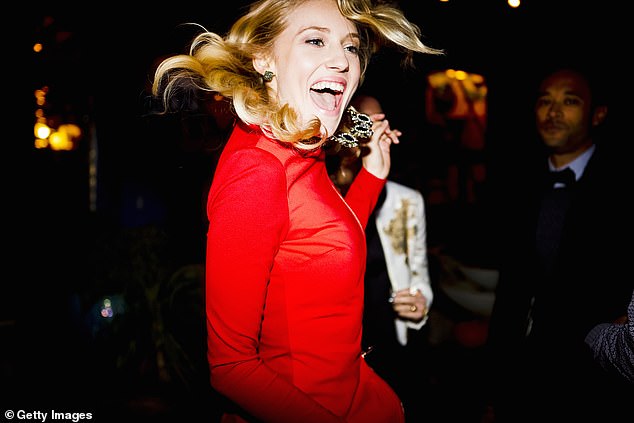 Julie says: ‘I’m repelled by the modern female obsession with this made-up condition, which is just another way for women to bleat, “Ooo, I’m not worthy!”‘

When I came to modest fame in the 1980s, working hard and showing off were de rigueur.

I remember fondly the sexy-greedy bossy broads, from Mrs Thatcher to Melanie Griffith in the film Working Girl, stalking boardrooms and turning uppity males into 12 tins of cat food.

Yet these days, boasting of any sort is looked down on as frightfully crass — I suspect mainly by those who have never had to struggle, so don’t know how to enjoy their own success. I’m loath to say it, but today’s young women often seem pathetic in comparison.

Far from bragging, most of them can’t wait to whinge about their so-called ‘imposter syndrome’. I’m repelled by the modern female obsession with this made-up condition, which is just another way for women to bleat, ‘Ooo, I’m not worthy!’ 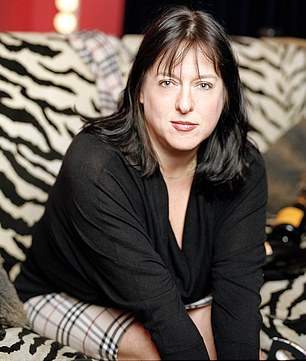 And I’m aghast that women as high-profile as Michelle Obama admit to feeling its oppressive pull. What a disastrous attitude for any successful person to take, since there’s no surer route to making others wonder whether you really might not be up to it.

Where did they come from, all these Wet Wipes who whine ceaselessly about menstruation breaks, menopause leave and the right to breastfeed children at work until the brat can open beer cans with its teeth?

I don’t remember anyone admitting to ‘imposter syndrome’ back in the 1980s — we were just so excited to be earning big money and driving around in flash cars. And you don’t see men hand-wringing about their achievements.

When did it become morally necessary for women to offer up their vulnerabilities for public discussion in the workplace, rather than just slapping on a bit more lipstick and revelling in their newfound strengths?

Give me the confidence of Ursula Andress who, when asked why she stripped off for Playboy, answered: ‘Because I’m beautiful’, rather than the self-doubt of Adele, who recently went on Desert Island Discs to discuss her anxiety about fame and being ‘a sad person’, or the young tennis players refusing to take to the court because of their mental health.

We’ve encouraged young women to open up and share their fears to the point where they have become crippled by them.

We now constantly preach to young people about the importance of ‘being kind’. Videos with the hashtag ‘be kind’ have been viewed nearly 19 billion times on TikTok. 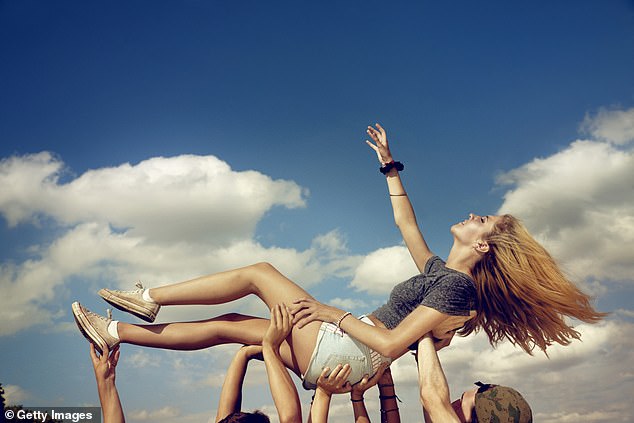 Professor and writer Dr Sam Vaknin is one of the world’s leading authorities on narcissism, which he defines as ‘an egotistic and ruthless pursuit of one’s gratification, dominance and ambition’

All very well, but for girls in particular it’s become a pretty limiting sort of mantra. A friend told me: ‘I was buying my children clothes and I noticed so many items that say Be Kind. They are all in the girls’ section and there are none in the boys’ one. It’s like indoctrination.’

Seeing the savage swathe that depression, anxiety and selfharm are cutting through the #BeKind generation of girls, I believe that what the world needs now are a few more females who are full of themselves.

Yet my attitude is increasingly seen as damaging, as though I’m causing ‘harm’ to others simply by being unapologetic and forthright.

Whereas I consider myself to be no more than maddish, baddish and a little bit dangerous to know, others would have me believe that I’m A Bad Person who needs to address my toxic behaviour.

Am I truly a narcissist, though? Or do I just stand out because I refuse to blush and mumble when I know my talents deserve to be shouted about out loud?

Narcissism, and personality disorders in general, are now rather fashionable and thus big business, with special advisers teaching victims how to break free.

Professor and writer Dr Sam Vaknin is one of the world’s leading authorities on narcissism, which he defines as ‘an egotistic and ruthless pursuit of one’s gratification, dominance and ambition’.

In news that should come as a shock to no one, he believes politics and other influential fields are full of narcissists.

He’s also been diagnosed with narcissistic personality disorder himself.

He says that while we all have some healthy narcissism — self-interest, basically — this becomes pathological at the point when it starts to make you, and those around you, unhappy.

You need to fulfil five out of nine qualities on his checklist to qualify as a ‘bad’ narcissist.

Some just don’t fit me — I’ve never been particularly envious of others’ success, and I don’t believe I have ever been exploitative.

Narcissism is often thought to come from an attempt to override a ‘chaotic’ upbringing. I don’t have that excuse. I was the only child of wonderful parents.

But I craved the attention of strangers, turning my back on those who really loved me. This would become a signature move of mine. So if I’m not exactly a textbook narcissist, it’s clear I do sometimes act like one.

But recently I’ve begun to wonder: why are we so down on narcissists? We’re always the most fun people in the room. Show me an ‘empath’, on the other hand, and I’ll show you a hand-wringing drip and bore, and quite a self-adoring one at that.

Empaths are people who claim to be so highly attuned to the emotions of others that they start to feel them themselves. Can you imagine anything worse?

In a world that’s increasingly overflowing with snowflakes, we tough, amusing narcissists are a much-needed antidote.