A MUM was in a coma for 23 days and lost her legs – after mistaking serious symptoms of a blood infection for Covid.

Cher Little started feeling ill with a headache and fever, but thought she must have picked up the virus. 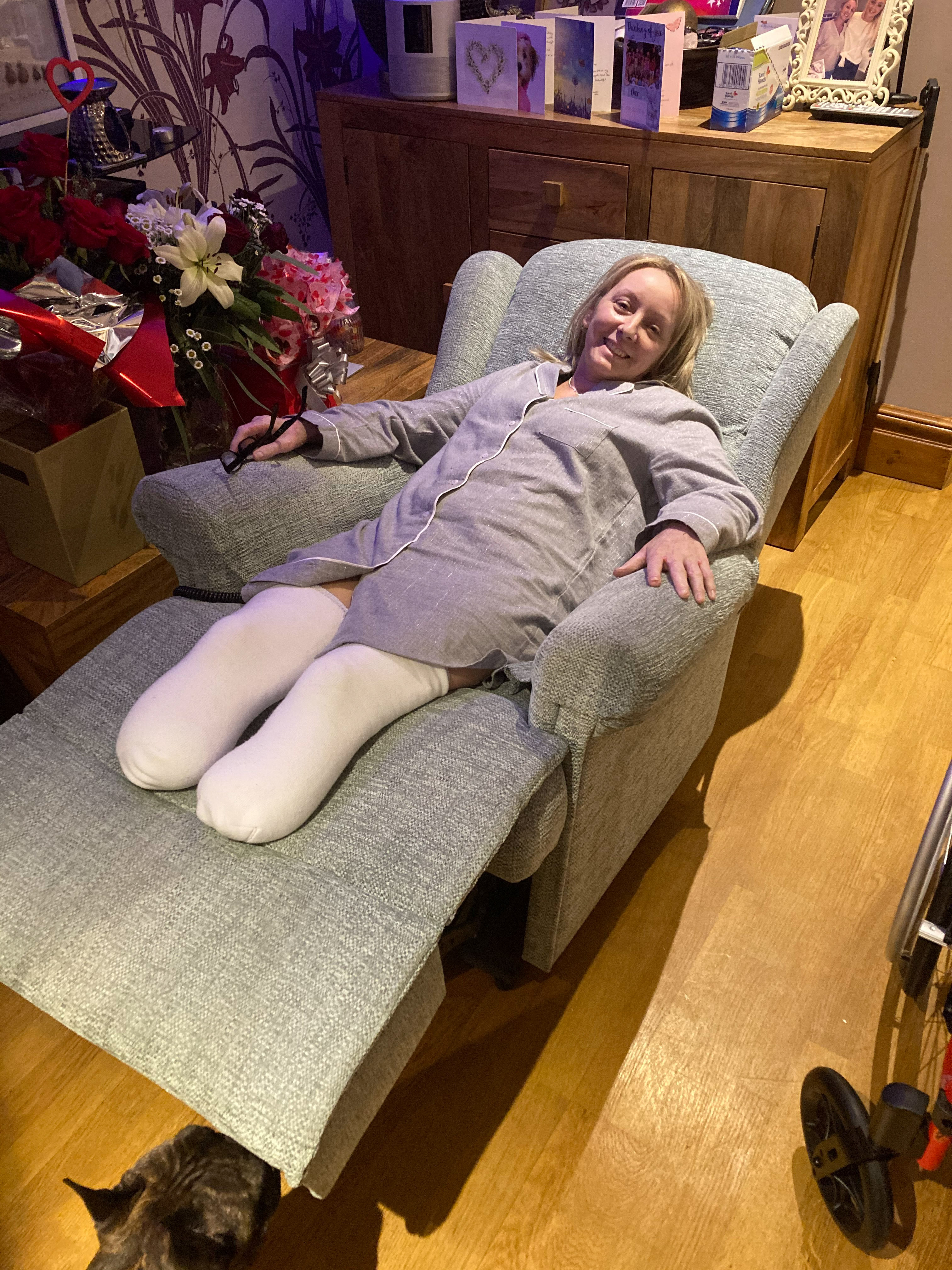 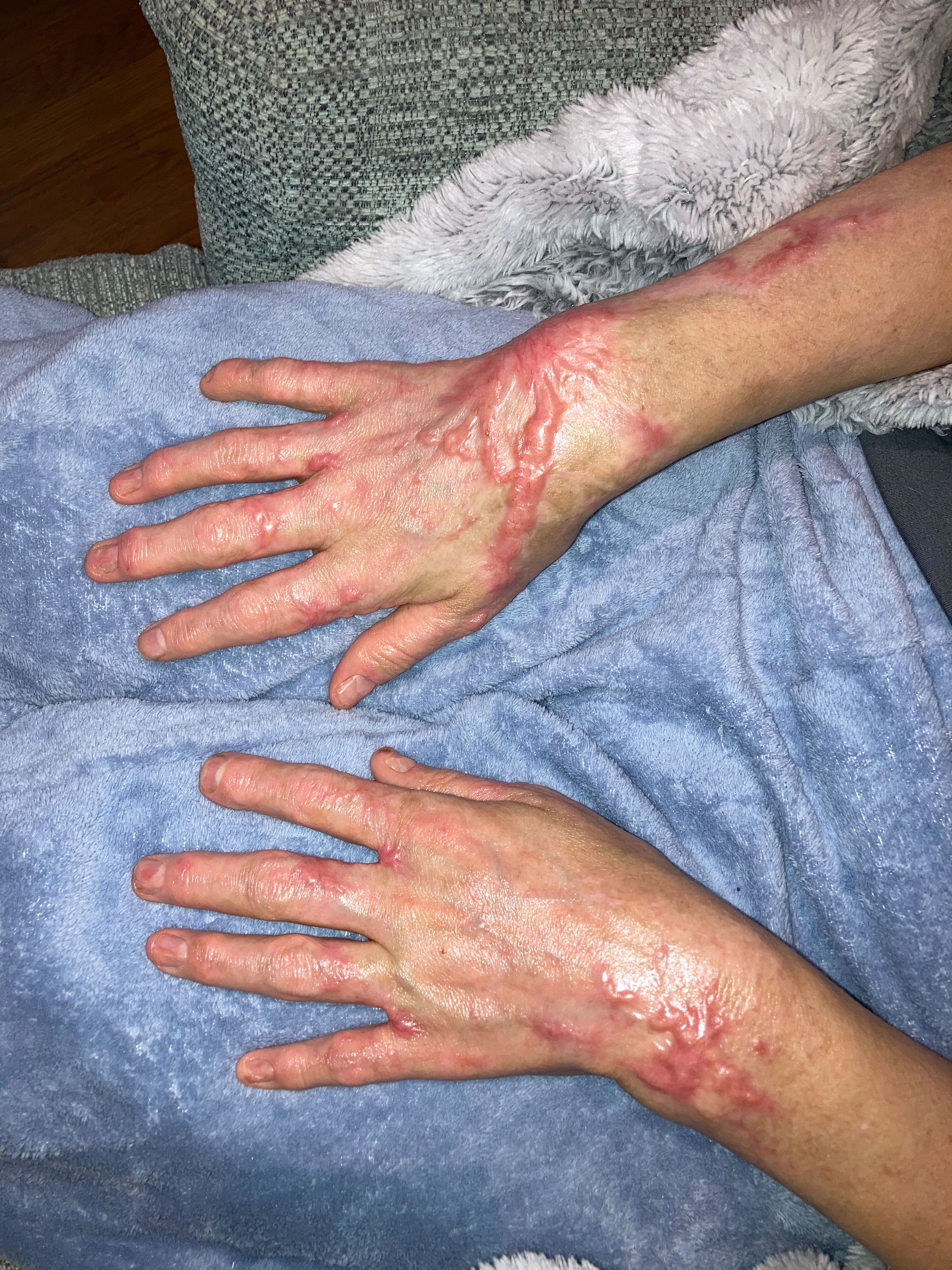 The 47-year-old started getting a rash on her skin before blisters popped up and her body and lips turned purple.

Her worried family, from Connah's Quay, Wales, rusher her to hospital where she was given a 20 per cent chance of surviving the illness.

The mum-of-two was diagnosed with Meningococcal Septicaemia, and now says she wishes she knew the signs.

After being put into a coma the data analyst’s limbs turned black and medics were left with no choice but to amputate her legs from the knee down in February 2021.

Cher said: “I feel very lucky to be alive and with my children Georgia, 23, Ryan, 19, and partner Mark Rowlands, 49 again.

“It was touch and go for three weeks after being admitted to hospital as I was in a coma and my organs had shut down.

"I wish I would have recognised the signs that there was something seriously wrong and phoned an ambulance sooner rather than later but we were in the middle of a pandemic so I wrongly assumed it was coronavirus and didn’t do a test until several days later.

“It came back negative the next day.

“At this point my lips were purple, I remember going for a nap and waking up to a blister-like rash all over my face.”

Cher’s family called an ambulance as she became ‘delirious’.

She was put into an induced coma within 20 minutes of arriving at the hospital, with medics finding her body had gone into septic shock.

She adds: “It is horrible hearing the horror stories from my family.

“The doctors rang my family multiple times and prepared them to say goodbye.

“The doctors didn’t think I was going to make it but somehow, I miraculously pulled through.

“I woke up after 23 days in a coma to black hands and feet. It was so scary!”

Meningococcal Septicemia is when bacteria has entered the bloodstream and multiplied – which causes damage to blood vessels.

It causes bleeding into the skin and organs and blood clots can develop in the bloodstream.

These block small blood vessels and cause tissue to die – which can cause limbs to die and need to be amputated.

Symptoms include fever and chills, fatigue, vomiting, with a dark purple rash coming in the later stages.

On February 3, Cher had both legs from the knee down amputated.

She adds: “I miss having my independence and freedom. But having no legs isn’t the end of the world.

“I am still in pain as I have nerve damage but it all could have been so different.

“I was given a 20 per cent chance of survival. Doctors said I am a ‘medical miracle’!

“I am grateful to be here with my family and I refuse to let anything get in my way.

“I use a wheelchair most of the time and I am learning how to adapt but I want to carry on with life.” 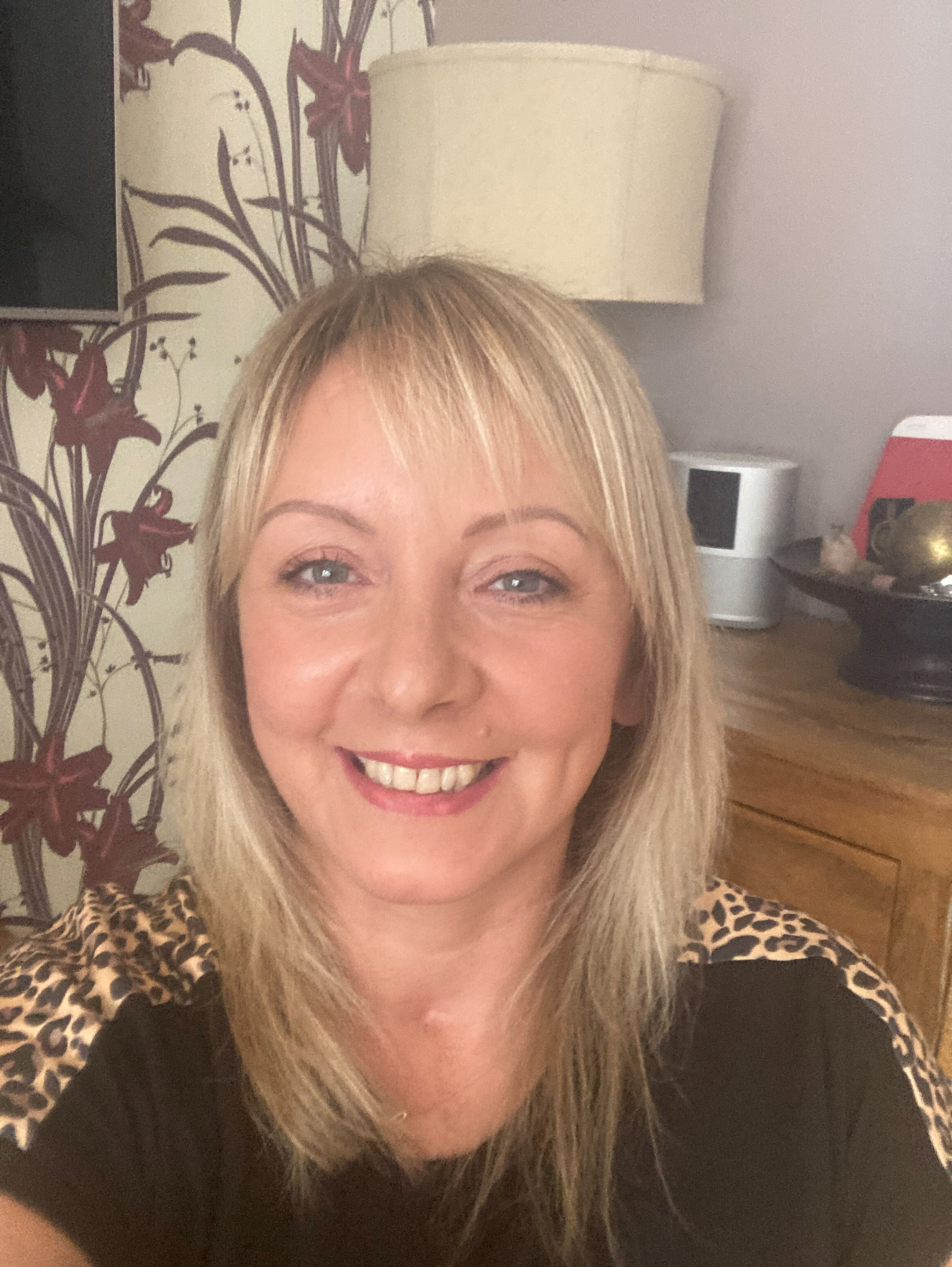 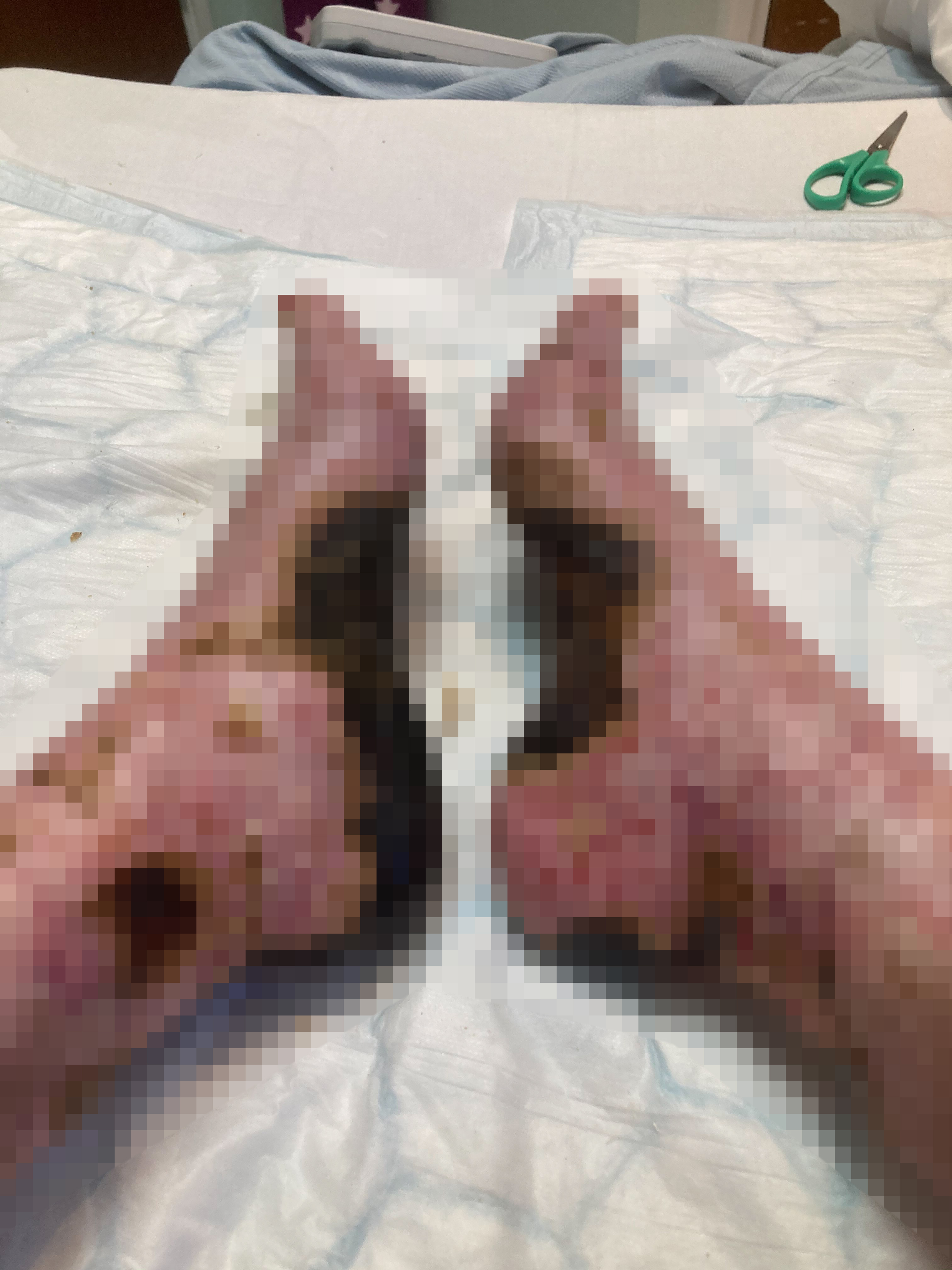 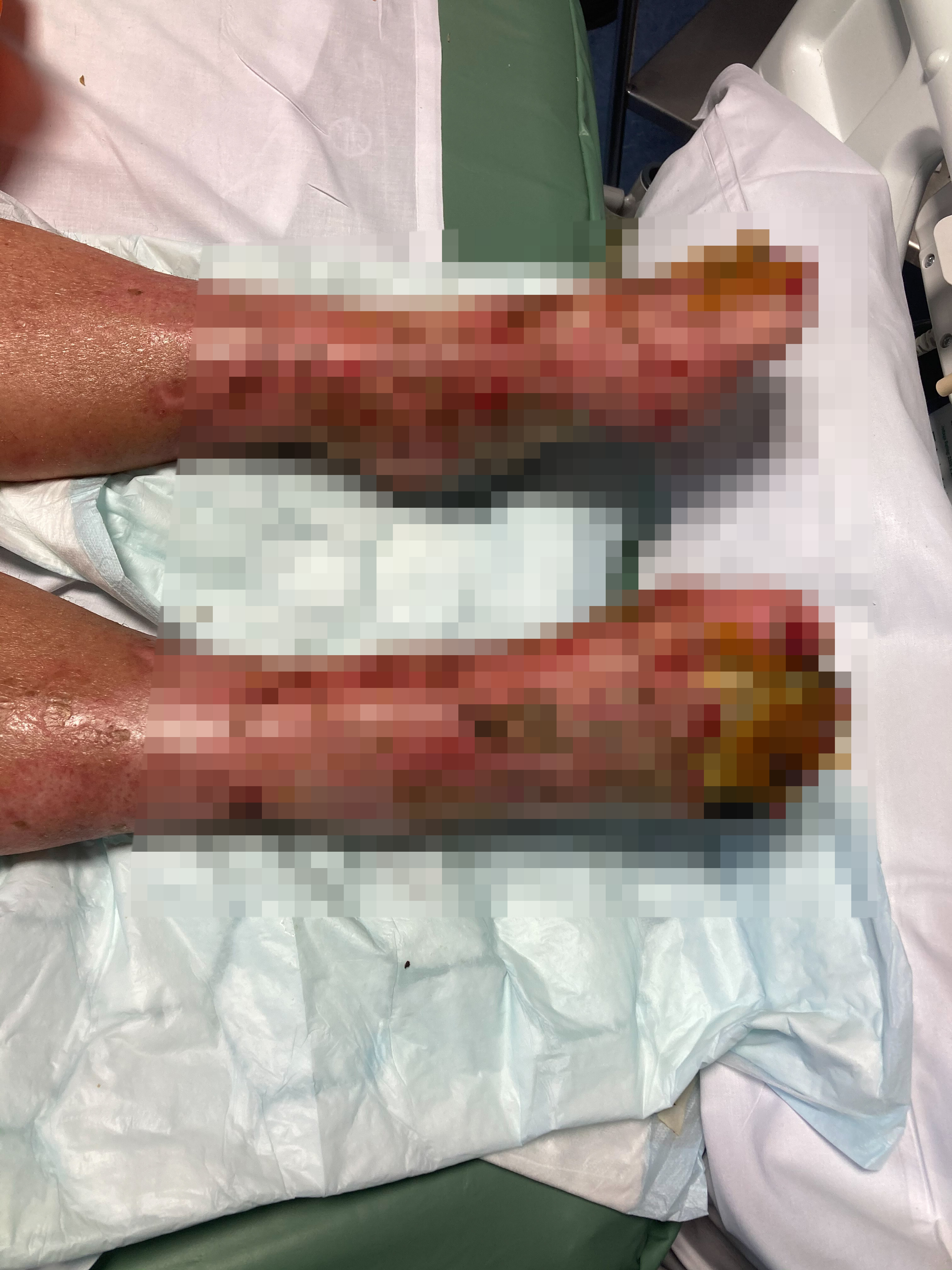