I tried five at-home health kits which tested my fertility, risk of certain diseases and ancestry – this is what I discovered

When doctors asked Jess Austin whether a health condition ran in her family, the 28-year-old Londoner didn’t know what to say.

She knew about her mum’s side, but not her dad’s, as she was estranged from him.

‘Ever since that moment, I have been determined to know as much as I can about my health and so, when at-home testing kits became more common, I knew I wanted in,’ Jess tells Metro.co.uk.

‘While they wouldn’t be able to tell me about my dad’s family history, they would, I hoped, let me know if I was at an increased risk of anything because of his genes.’ 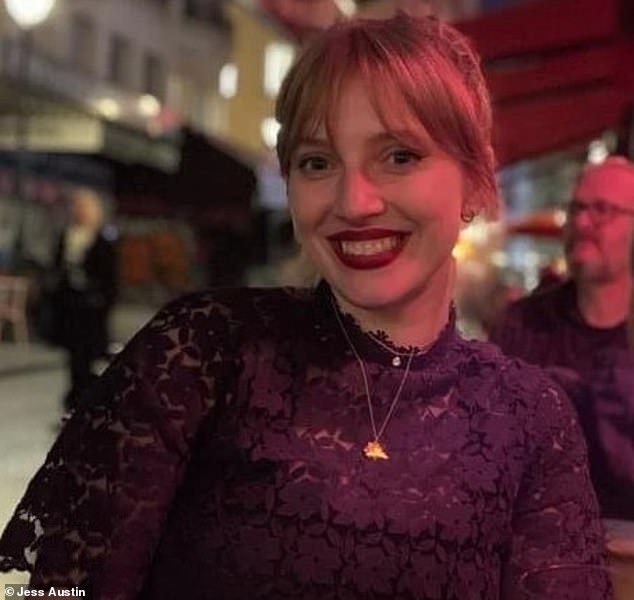 Jess Austin (pictured) felt clueless about her health – so tried at-home blood and spit tests. She got insights into fitness, fertility, disease and nutrition

So she put some of these kits to the test… with interesting results.

These take a blood sample and look for various biomarkers (i.e. cholesterol, vitamin B12, total protein).

Jess also did NGX’s DNA swab test (£99), designed to show what nutrients your body is best at absorbing to help improve your diet. 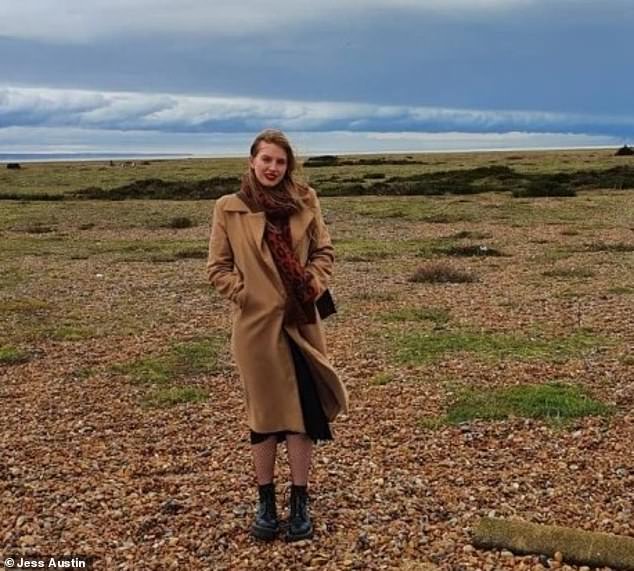 Jess was shocked by the results, she found out that she has 24 per cent more Neanderthal DNA than other users

However, it was Hertility’s fertility test, and 23andMe’s Ancestry and DNA spit sample, that gave Jess the information she was craving.

‘The test I was probably most excited for was 23ndMe’s, which can find out whether you have an increased genetic risk of certain illnesses – for example, it looks for the BRCA gene (which can lead to an increased chance of breast cancer) or the gene for Parkinson’s Disease,’ the journalist explains.

‘From it, I found out I have an increased risk of losing my eyesight as I age (I have 2 variants of that gene), a variant for absorbing too much dietary iron, and could pass on a genetic disorder to future children if my partner is also a carrier for MCAD Deficiency.’

It wasn’t all just depressing news though. Jess found out she has 24 per cent more Neanderthal DNA than other users, and got some fun insights into her predicted traits.

Another of her general checks was the Medichecks’ Ultimate Performance Test (£199), which came with a breakdown of her health 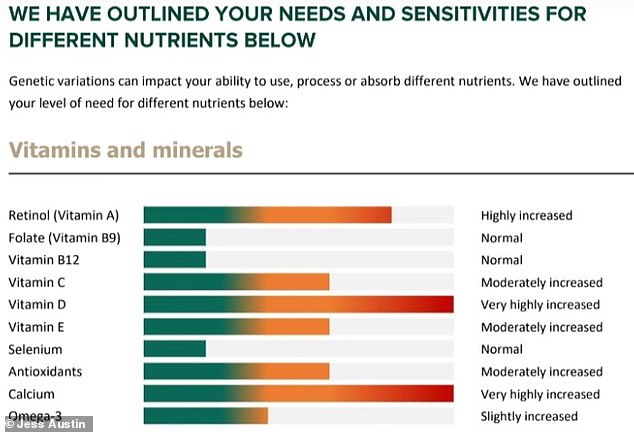 The test 23andMe looks at how likely you are to develop certain conditions. These are Jess’s results

‘For example, I’m likely to have muscle composition seen in elite power athletes (not sure about that one), prefer chocolate ice cream to vanilla (true), and have wet earwax instead of dry (what does that even mean?!).’

The other test that Jess thought was worth the money, was one which looked at her fertility.

‘The test (£149) looks into three hormones – AMH, TSH, FT4 – and is designed to check for hormone imbalance, egg quantity and reproductive health conditions.

‘Fortunately, my results came back within an acceptable range, and I found the doctor’s report at the top helpful.

‘That letter covered everything we discussed in our meeting and I feel more confident in my gynaecological health than I ever have before, which I know having spoken to other women, is a rare feeling.

You can find out more about each test in the full article on Metro.co.uk