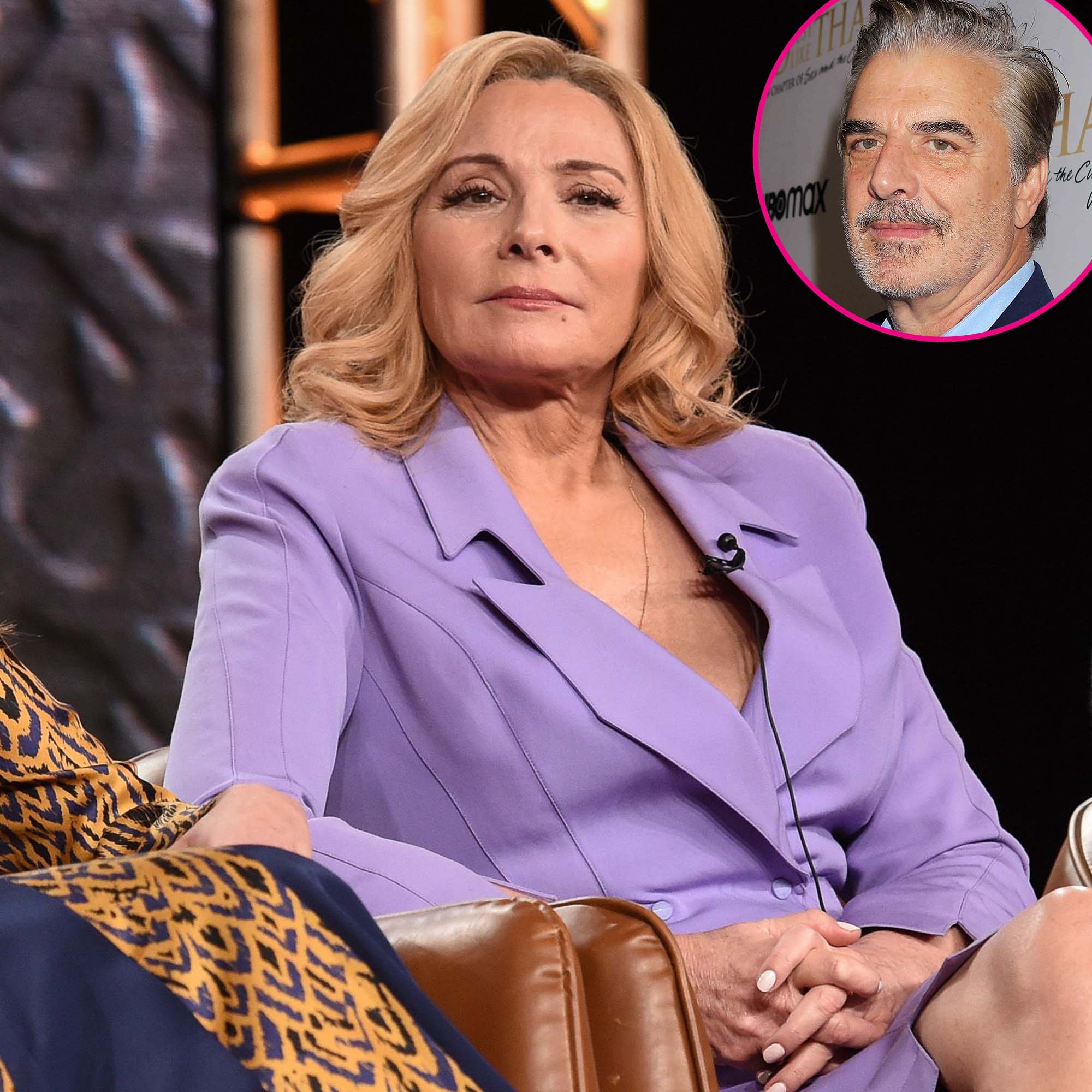 Happy where she is! Kim Cattrall doesn’t regret walking away from the Sex and the City family as the revival series, And Just Like That, and Chris Noth’s alleged sexual assault scandal makes headlines.

“Kim isn’t going to speak out about the Chris Noth allegations,” a source exclusively tells Us Weekly after Noth, 67, was recently accused of sexually assaulting multiple women in the past, which he repeatedly denied.

Cattrall, 65, played Samantha Jones on Sex and the City from 1998 to 2004, but opted not to sign on for the new HBO Max series, which premiered earlier this month.

“She isn’t even going to talk about not being part of And Just Like That,” the insider says, claiming the Emmy nominee “is happier where she is in life now,” despite the fact that she “turned down” a major payday. 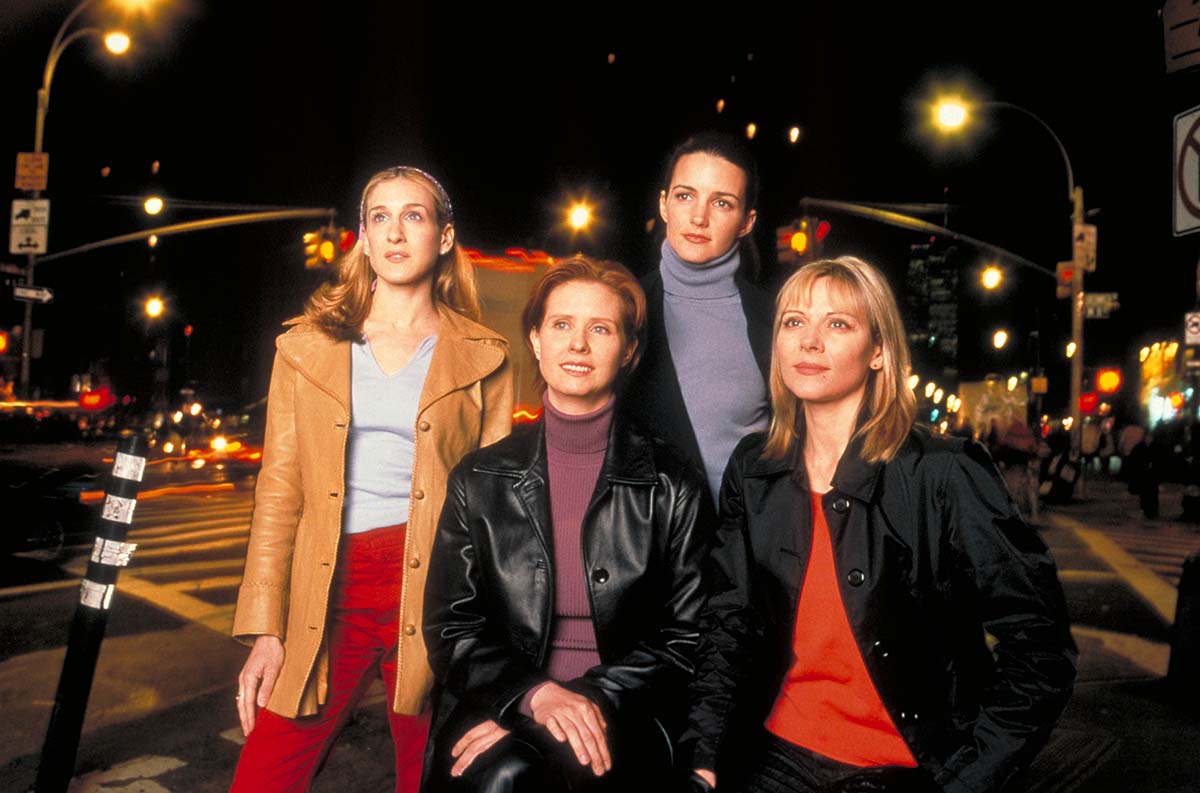 The Ice Princess actress’ life is now “drama-free,” the source tells Us, adding that Cattrall “doesn’t regret not being part of the revival.”

The England-born star has been vocal over the years about her issues with former costar Sarah Jessica Parker, which may have been part of the reason she didn’t return for a third SATC movie or And Just Like That. “To her, that ship has sailed years ago,” the insider adds.

Since the original series came to an end, Parker, 56, has maintained that she never had an issue with Cattrall, explaining during a 2018 episode of the “Origins” podcast that she was “not in a catfight with anyone.” At the time, the How I Met Your Father star raised eyebrows when she called Parker “cruel” following the death of her brother. 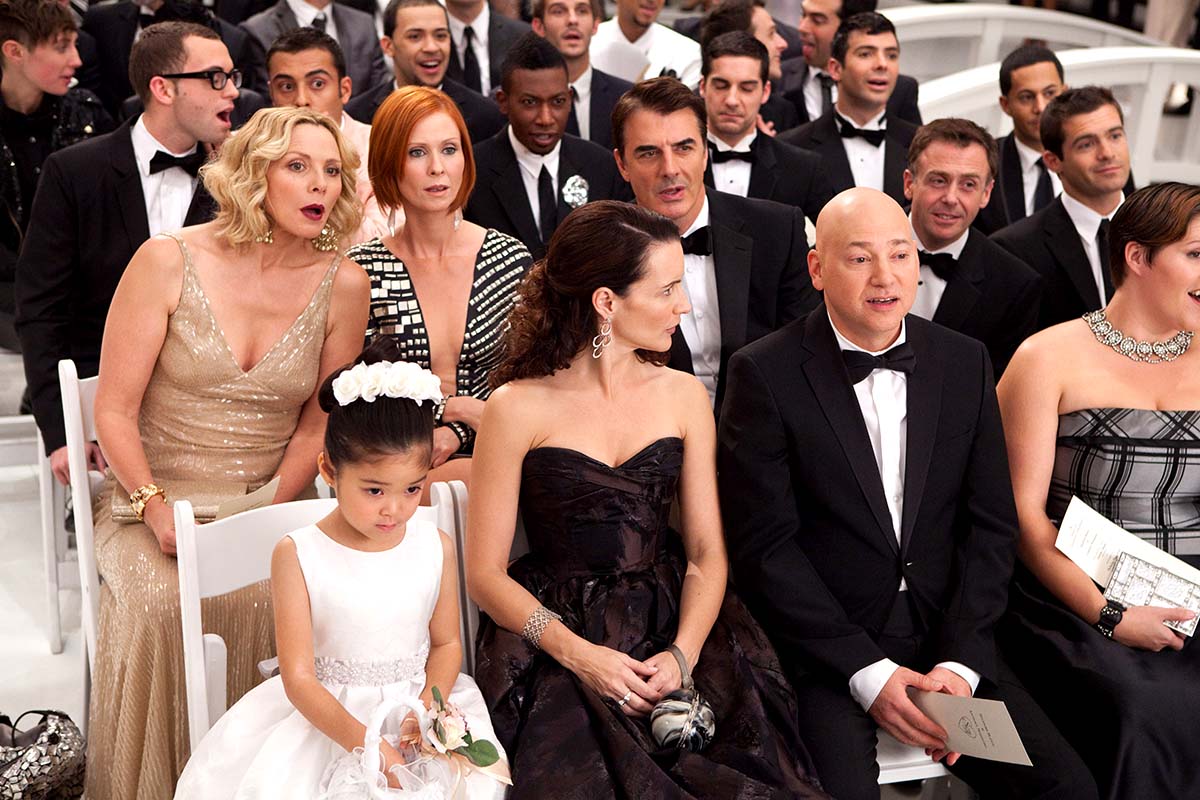 “I’ve never publicly — ever — said anything unfriendly, unappreciative about Kim because that’s not how I feel about her,” the SJP designer said on the podcast.

Cattrall, for her part, has not commented publicly about why she didn’t return for the SATC revival, but showrunner Michael Patrick King hinted that her dynamic with the other three leads — Parker (Carrie Bradshaw), Kristin Davis (Charlotte York) and Cynthia Nixon (Miranda Hobbs) — played a part in Samantha not being included in the new series.

“Kristin, Cynthia and Sarah Jessica became one group, and Kim never joined mentally. Kim fought and said, ‘I’m everyone’s favorite,’” King told The Hollywood Reporter in December. “[Parker’s] name was contractually, legally, righteously, the only name on the poster due to the fact that she was a movie star in 1998 when the series started and she did a leap to do a show about sex on [HBO], the channel that did the fights, and it doesn’t matter how popular you are. I guess for Kim it didn’t matter how much the raise became if there was never parity, but there was never going to be parity.”

Earlier this month, Noth, who played Mr. Big on both SATC and And Just Like That, weighed in on Cattrall’s reported feud with Parker. He was quick to defend the Hocus Pocus actress, who played his love interest on the series.

“I have to tell you, I have absolutely no idea what her thinking is, or her emotions,” the Law & Order alum told The Guardian of the Filthy Rich actress on December 5. “I do know that I’m very close with SJ and [Cattrall’s] descriptions of her don’t even come close.”

Noth noted that he is “very protective” of Parker and therefore was “not happy” that Cattrall was speaking negatively about her. “I just wish that whole thing had never happened because it was sad and uncomfortable,” he concluded.

Days later, however, the New York native found himself at the center of a different scandal when The Hollywood Reporter published two women’s accounts of alleged sexual assaults committed by Noth years earlier.

The Equalizer alum, who has since been fired from the CBS show, denied the claims, telling Us in a statement, “The accusations against me made by individuals I met years, even decades, ago are categorically false. These stories could’ve been from 30 years ago or 30 days ago — no always means no — that is a line I did not cross.”

Despite insisting that the “encounters were consensual” and claiming that he “did not assault these women,” Noth continued to make headlines in December when several more women came forward with allegations of abuse.

While Cattrall might be staying out of the controversy, Parker, Nixon, 55, and Davis, 56, released a joint statement on December 20 amid the fallout of Noth’s alleged actions.

“We are deeply saddened to hear the allegations against Chris Noth,” the three actresses wrote via their Instagram Stories. “We support the women who have come forward and shared their painful experiences. We know it must be a very difficult thing to do and we commend them for it.”

Futures Mystery Lady Identified After His Post and Delete